Accessibility links
Argentina's Senate Rejects Legalizing Abortion, Dashing Hopes Of Rights Advocates After 16 hours of debate, the country's Senate voted 38 to 31 against a measure passed earlier by the lower house of Congress that would have allowed abortions through the 14th week of pregnancy. 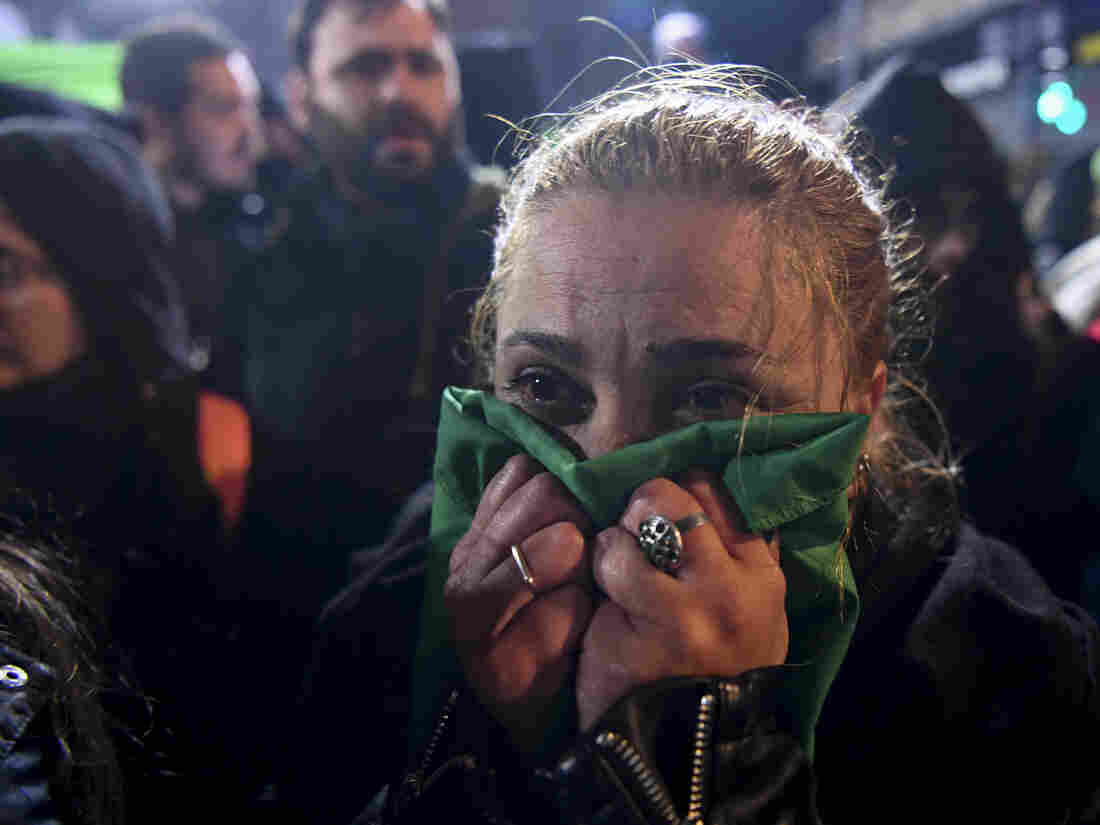 An abortion-rights activist reacts outside the National Congress in Buenos Aires, on Thursday to news that the Senate voted to reject a bill that would have legalized abortion. Eitan Abramovich/AFP/Getty Images hide caption 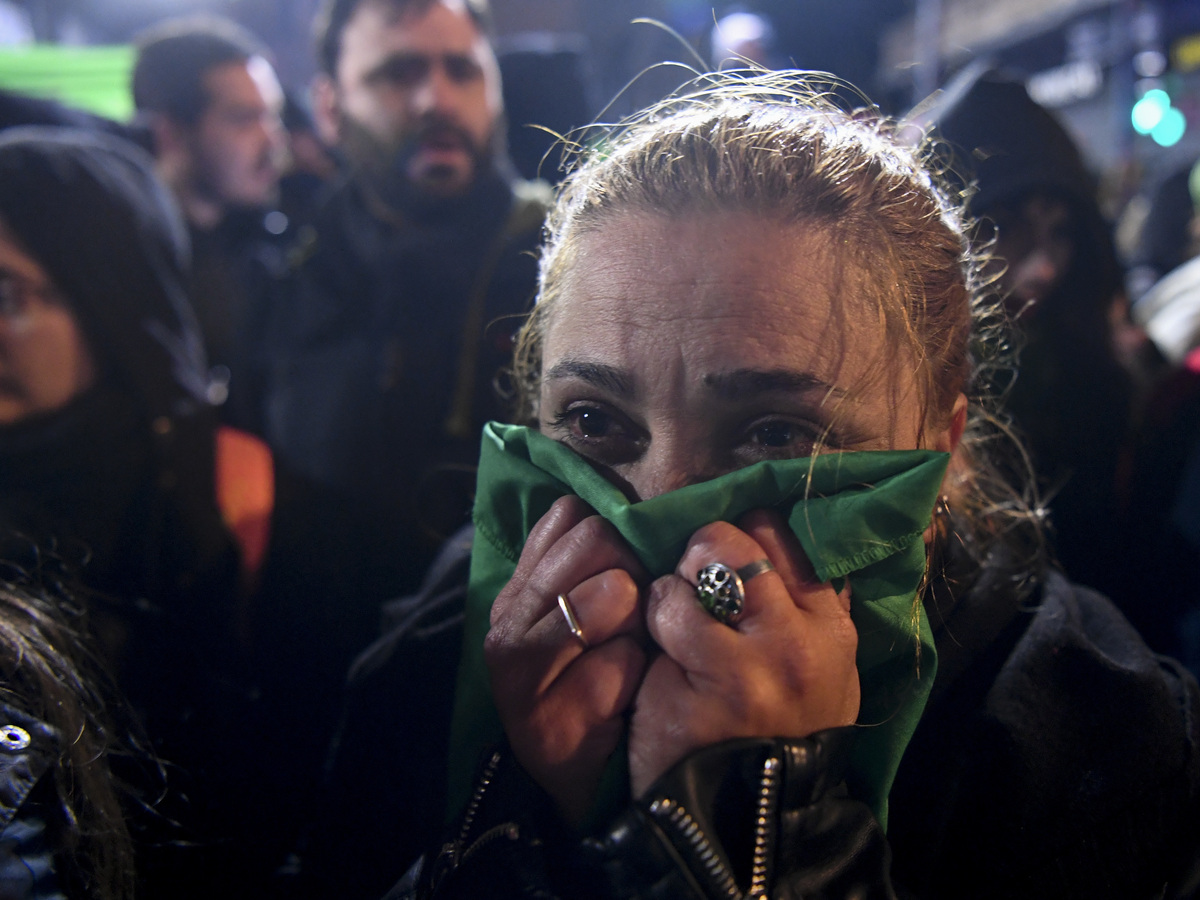 An abortion-rights activist reacts outside the National Congress in Buenos Aires, on Thursday to news that the Senate voted to reject a bill that would have legalized abortion.

The Senate in predominately Roman Catholic Argentina has rejected a law that would have legalized abortion, rebuffing a grass-roots abortion-rights movement.

Senate lawmakers voted 38 to 31 against the measure, which would have allowed abortion for the first 14 weeks of pregnancy.

Argentina, the homeland of Pope Francis and home to some 30 million Catholics, allows abortions only in cases of rape or danger to the mother's health. Uruguay and Cuba are the only Latin American countries with laws that broadly allow abortion, while Brazil's Supreme Court is in the process of deciding whether to decriminalize abortion in that country.

The vote in Argentina came nearly two months after Argentina's Chamber of Deputies narrowly approved the measure and President Mauricio Macri said that despite his personal opposition to abortion, he was prepared to sign it.

Approval by the lower house galvanized opponents of the measure. Lay Catholics held rallies and took to social media under the motto "Save them both," referring to the mother and child, while bishops released public statements condemning the bill.

On Thursday, anti-abortion activists and abortion-rights advocates — many wearing green bandanas that have come to symbolize the country's growing women's rights movement — stood outside the National Congress as the Senate debate dragged on for more than 16 hours before finally going to a vote.

"What this vote showed is that Argentina is still a country that represents family values," Victoria Osuna, 32, who opposed the measure, told Reuters.

Natalia Carol, a 23-year-old supporter of legalized abortion, said she is "still optimistic."

As NPR's Colin Dwyer reported earlier, the bill's backers had argued it was an important step in a country where an estimated 350,000 to 500,000 illegal abortions occur each year.

Colin writes, "... the secrecy of those procedures is a major problem, according to Amnesty International. The human-rights group says that over the past 30 years, complications from risky abortions have accounted for a third of the maternal deaths in Argentina."

Paula Avila-Guillen, a director of Women's Equality Center, an abortion rights advocacy group, tells Reuters that the bill's supporters are prepared to regroup.

"Just because the bill got shot down, it will not stop the movement," she said. "We will be there at the next legislative opportunity."