Accessibility links
Tribune Media Spikes Merger Deal With Sinclair, And Sues Its Former Suitor Tribune CEO Peter Kern said Thursday that the deal unraveled because Sinclair chose to follow a strategy that was only in its own self-interest. 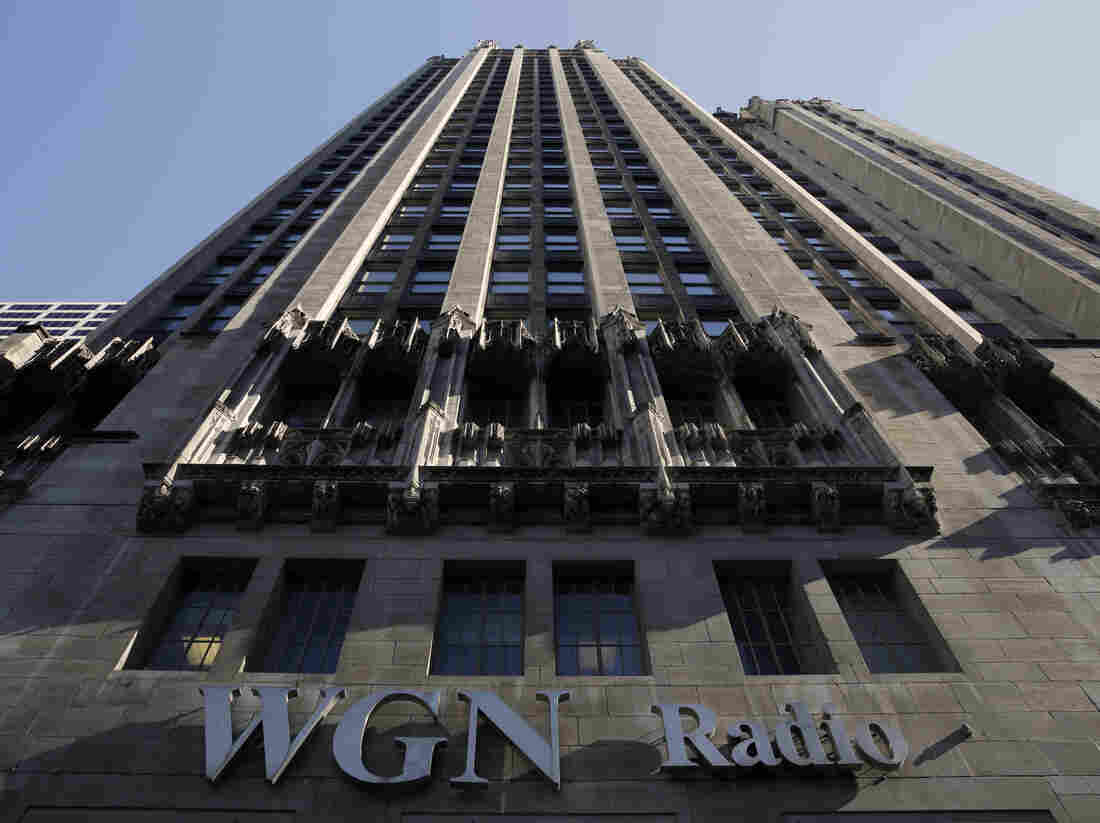 Tribune Media, which owns WGN Radio in Chicago, is suing Sinclair Broadcast Group over the way it handled divesting TV stations ahead of their planned merger. Kiichiro Sato/AP hide caption 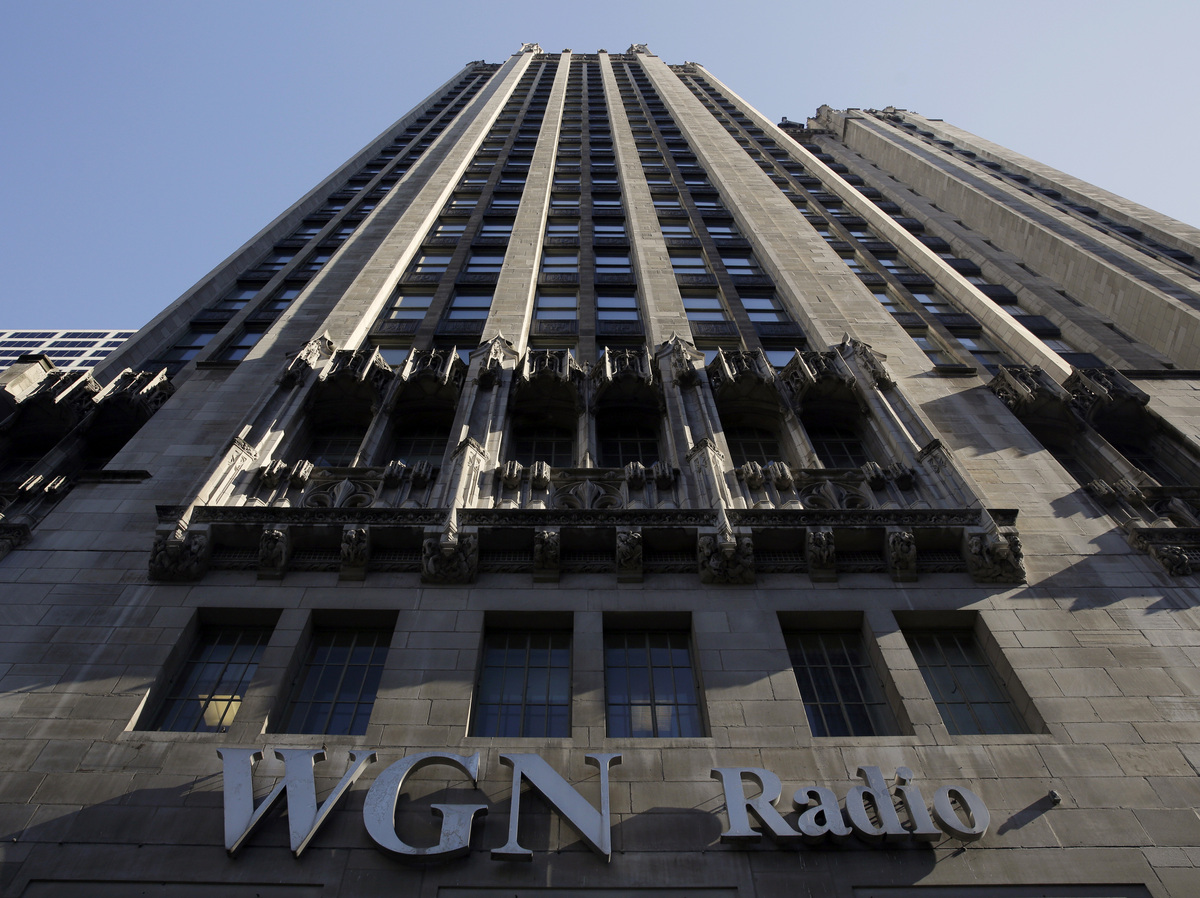 Tribune Media, which owns WGN Radio in Chicago, is suing Sinclair Broadcast Group over the way it handled divesting TV stations ahead of their planned merger.

Tribune Media Company is ending its troubled merger deal with Sinclair Broadcast Group, less than a month after federal regulators cited concerns about the plan. Tribune also filed a lawsuit accusing Sinclair with breach of contract.

"We're obviously disappointed," Tribune Media CEO Peter Kern said on a conference call Thursday morning. He added that Sinclair unfortunately chose to follow a strategy that he said was only in Sinclair's own self-interest – and that damaged the deal.

The media merger hit the rocks on July 16, when Federal Communications Commission Chairman Ajit Pai said he had "serious concerns" about the merger because Sinclair's plan to divest some stations might not satisfy federal laws.

"The evidence we've received suggests that certain station divestitures that have been proposed to the FCC would allow Sinclair to control those stations in practice, even if not in name, in violation of the law," Pai said.

Tribune Media highlighted those divestitures — which reportedly would have involved selling stations to companies with close ties to the Smith family that controls Sinclair. In a statement on Thursday, Tribune said Sinclair "engaged in unnecessarily aggressive and protracted negotiations" with both the FCC and the Justice Department. In addition, Tribune said, Sinclair outright refused to sell stations in some markets.

In its statement, Tribune said, "Sinclair's entire course of conduct has been in blatant violation of the merger agreement and, but for Sinclair's actions, the transaction could have closed long ago."

Last month, Pai said the merger would need to be reviewed by a judge in an administrative hearing — a huge setback for a deal that was announced in May of 2017.

Responding to news that a hearing would further sideline the merger, Maryland-based Sinclair issued a statement saying it was "shocked and disappointed."

The turnabout has ruined plans by the Smith family that controls Sinclair to buy more than 30 more TV stations from Chicago-based Tribune Media, to add to its roster of more than 190 stations.

Like many media stories these days, this one also has a political angle: In recent years, Sinclair and the Smith family have shown favor to President Trump and has backed conservative messages. When the FCC shelved the deal, Trump said it was "So sad and unfair" that the agency in his administration wouldn't give its approval.

It has already been more than a year after the merger was announced; the two companies had previously said they would close the deal by the end of 2017. On Thursday, Kern said that any further delays would hurt his company – so the Tribune board decided to spike the deal.

Tribune formally shut down the deal on the same day it announced its quarterly earnings. The company reported a consolidated operating profit of $98.1 million, with $828 million in cash and long-term debt of $2.9 billion.

In addition to its merger plans, Sinclair also made headlines in April when it ordered anchors at dozens of its TV stations to read the same speech during their broadcasts, warning against "biased and false news."

The Sinclair Broadcast Group has its roots in the early 1970s, when Julian Sinclair Smith operated an FM radio station and a TV station in Baltimore. The company that grew out of those ventures enjoyed explosive growth in the 1990s, particularly after the Telecommunications Act of 1996 eased media ownership rules.

Smith's four sons — David, Fred, Duncan and Bob — are the major shareholders of the company, which is now based north of Baltimore.