Accessibility links
'Madeline's Madeline': In This Acting Class, Dreams, Darkness and Dance Come Together A teenaged girl's acting class intersects with her home life in bracing, and not entirely healthy ways, in Josephine Decker's intimate, audacious and wildly experimental film.

'Madeline's Madeline': In This Acting Class, Dreams, Darkness and Dance Come Together

'Madeline's Madeline': In This Acting Class, Dreams, Darkness and Dance Come Together 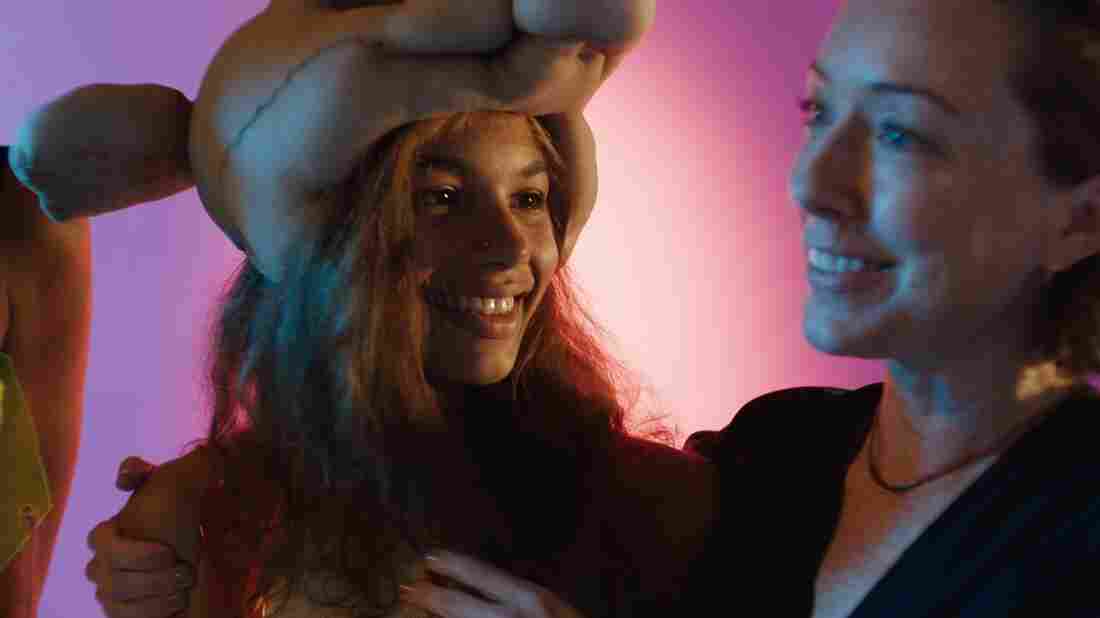 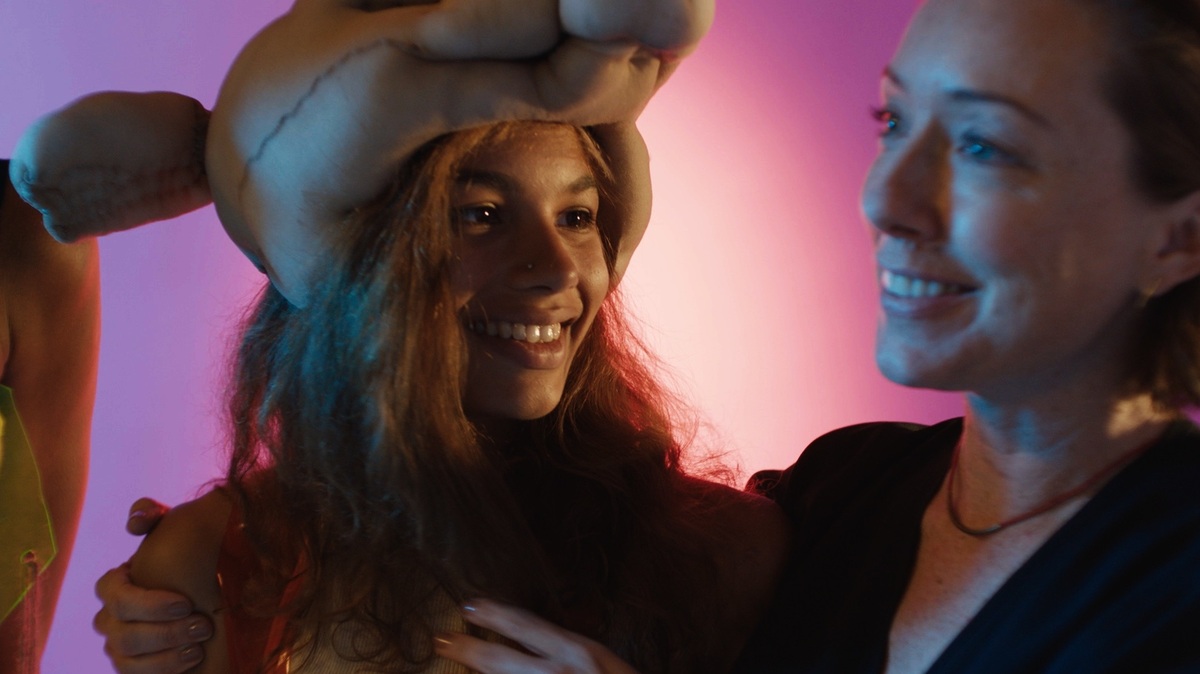 One of the first things actors learn is how to become highly suggestible: Take a cue from a director, a script, a parent, a memory or a dream, and use it to become someone else. Acting classes instruct on the fine art of removing that layer of yourself that says, "No, I shouldn't do this, it isn't me." Fail to break down those walls, and you aren't much of a performer; knock too many down, and you may lose yourself.

Madeline's Madeline, the third feature from writer-director Josephine Decker, follows a teenaged girl in one of these acting classes. But the film is also teaching us what it means to be a performer who is not yet a fully realized person — someone trying to learn suggestibility and independence at the same time. Those with knowledge of these spaces will find instant recognition in the empty stage's unreality — a place where anyone can scream out a suggestion, and force everyone else to fall in line.

In this world, despite her youth, Madeline is the star pupil: a gifted actor, particularly when she gets to inhabit nonhuman roles like cats and turtles. But the trouble starts when she has to play herself, and that unreality doesn't stay safely on the stage. Madeline has mental illness, and may or may not have had some psychotic episodes in her past, with her emotional triggers almost always delivered by her needy, quivering mother. Her acting teacher starts picking up on some of this unresolved tension, and ropes Madeline's mother into the troupe's upcoming experimental performance, determined to unlock the reservoirs of rage and uncertainty that lie underneath this girl's scrawny, frizzy-haired frame.

A Camera That Sees Your True Colors?

The film is anchored at every turn by newcomer Helena Howard's big, brash and brilliant lead performance. Born out of improv exercises between Howard and Decker, Madeline is front-and-center of every frame, both assured and volatile, quick to lash out and yet also easily manipulated. Her showdowns with her mother (played with brittle unease by Miranda July, the last person on Earth you'd expect to see as a humorless working mom) are stacked with unresolved tension; early on, Madeline sprints into her mom's car straight from a theater game, ducking her head down and yelling at her mom to drive. It's an invite of sorts to play along, but mom takes things way too seriously, panicking that someone is really after them, and you get a perfect feel for how stifling life in that household must be for someone of Madeline's talents and temperament.

This tension manifests itself in violent dreams, or at least you hope they're only dreams. Madeline discloses one, where she takes an iron to her mom's hand, to her beloved instructor Evangeline (Molly Parker). But actors are not psychologists, and so when Evangeline looks at this private moment she sees only an opportunity to improve her art, consequences be damned. Suddenly the entire production recenters around Madeline's relationship with her mother, and the other actors start wearing her floral sweaters and imitating her motions. What is performance, and what is just ... well, unhealthy? How about when Madeline, whose black father remains unseen, goes to dinner at Evangeline's house and discovers her instructor has a black husband, and what that might mean about her own lofty perch in the class? There's nothing like running away from one adult who's trying to shape you, only to find yourself being used by another.

Given that Madeline's Madeline comes out of a very precise, self-sustaining corner of the indie film world (Decker has been in Joe Swanberg's circle of collaborators for years, and co-lead July is one of our most prized hipster auteurs), there's a temptation to write it off as unserious, something meant only to speak to a small orbit of those in the know. But that would be a mistake. Like Decker's earlier two works Butter on the Latch and Thou Wast Mild and Lovely, the film finds new ways of exploring female desires and insecurities by detaching itself from linear storytelling and easy rationales. Madeline's growing self-awareness isn't always easy to make sense of, from moment to moment, and cinematographer Ashley Connor often doesn't seem to be capturing her actions and reactions so much as her brainwaves. That's OK. The film tracks the inside of its heroine's head more successfully than most.

If Decker and her actors really were making up most of this film as they went along, the way it sometimes feels, it speaks to the fruitfulness of their collaboration that the finished work feels fresh and invigorating without wasting our time. And anyway, there's at least one perfectly planned setpiece: The final sequence is a thrilling bit of mask-play and interpretative dance that doesn't have to be anything except what it is. It casts us into full make-believe alongside Madeline, who's fielding her latest acting cues from her own demons, and seems to finally find a home where they can all live in harmony.