Accessibility links
New NASA Solar Probe Sets Up A Scorching Close-Up Of The Sun A new NASA probe will get closer to our sun than ever before, to try to solve mysteries like why its atmosphere is so much hotter than its surface.

The Path Of The Solar Probe

Early Saturday morning, if all goes as planned, 91-year-old Eugene Parker will watch a NASA spacecraft named after him blast off on an unprecedented mission to study the sun.

"It's my first rocket launch, so that will be very interesting," says Parker, a retired astrophysicist who lives in Chicago.

NASA has never named a spacecraft after a living person before. But Parker's colleagues say it's appropriate that this one bears his name. The Parker Solar Probe will get up-close-and-personal with the fiery sun, closer than any spacecraft ever, and Parker is almost a God-like figure among those who study this special star.

"In our field, he's definitely a celebrity," says Angela Olinto, an astrophysicist at the University of Chicago, where Parker worked for decades. "Most of science is done by a lot of small steps by a lot of different people. He is one of those few people that we know that have made big breakthroughs a few times."

His first came in 1958, when Parker predicted that the sun was constantly spewing out a stream of charged particles at supersonic speeds. He called it the solar wind.

To his critics, this idea seemed laughable. One even suggested he should go to the library and do some reading before trying to write papers on this subject. "And the question is 'Well, what do they think now?'" asks Parker, with a chuckle, adding, "they're all dead by now so it doesn't really matter." 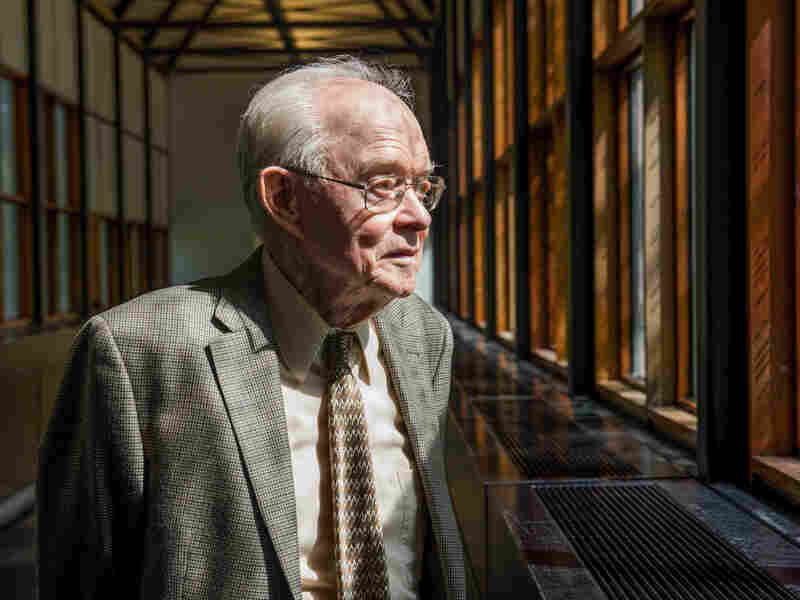 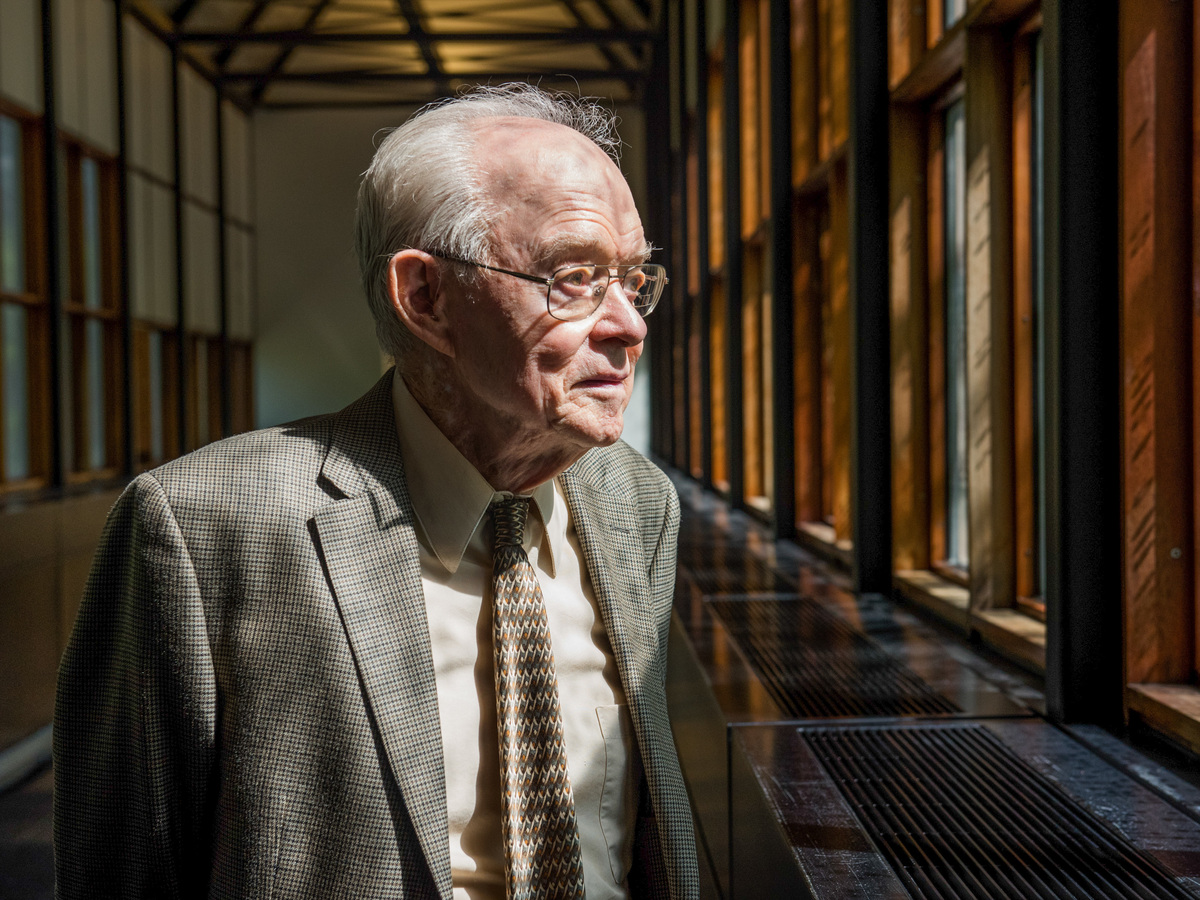 A portrait of Professor Gene Parker on the University of Chicago campus, May 18, 2017.

Jean Lachat /The University of Chicago

He says it's normal, in science, that something new and different won't be believed. "So it was no surprise," says Parker. "It was annoying, but no surprise."

Soon enough, measurements made in space proved that Parker was right about the solar wind. This was just the beginning of a long career filled with insights that basically started the field of heliophysics, the study of the space environment around our star and how it affects Earth and the other planets.

Parker recalls that the head of science at NASA recently called him up and asked if he'd object if they named the new solar probe after him. "And I said, 'Why no, I guess not,'" recalls Parker, who says he found the honor "rather flattering."

The Parker Solar Probe will be going to the sun's corona, "the atmosphere that we could all see on August 21st when we had a total solar eclipse," says Nicola Fox of the Johns Hopkins University Applied Physics Laboratory, who is the mission's project scientist.

After traveling for seven years, the spacecraft will come within four million miles of the sun's surface — and will be going really fast.

WATCH: Building A Probe That Will Survive A Trip To The Sun

"We'll be moving at about 430,000 miles an hour, which is about 118 miles a second," says Fox, explaining that it will be the fastest object ever made by humankind "by an awful lot."

To protect it from temperatures that could reach up to 2,500 degrees Fahrenheit, the probe has a heat shield made up of a special foam that's 4.5 inches thick. "It kind of looks like the florist's foam that you would use to make flower arrangements. It's very similar in feel and in texture," says mission system engineer Jim Kinnison. "This, though, is pure carbon."

Behind this shield, where the instruments are, it will be room temperature. The probe's measurements will hopefully help explain mysteries like how the solar wind gets accelerated and why the corona is so weirdly super hot — 300 times hotter than the sun's surface.

Stunning Video: 3 Years Of The Sun In 3 Minutes

"That just shouldn't happen. It just kind of defies the laws of nature," says Fox. "If you move away from a heat source, it should get cooler. But for us it actually gets hotter."

Figuring that one out is something Eugene Parker is looking forward to. "It'll be really fun to be able to close in on that problem," he says.

He adds that although the probe is named after him, the real credit should go to the crew that was able to build a spacecraft capable of withstanding such an extreme space environment.

"I hope the launch is successful," says Parker, "and that the spacecraft does what it's expected to do."

Check out the latest episode of our video series "Maddie About Science"—reporter Maddie Sofia speaks with one of the engineers behind the Parker Solar Probe.