Accessibility links
Mitski's Many Lives Mitski's new album Be the Cowboy explores the singer's roles onstage, in relationships and as a woman in the world. The artist talked to NPR's Ailsa Chang about how there's no such thing as one identity. 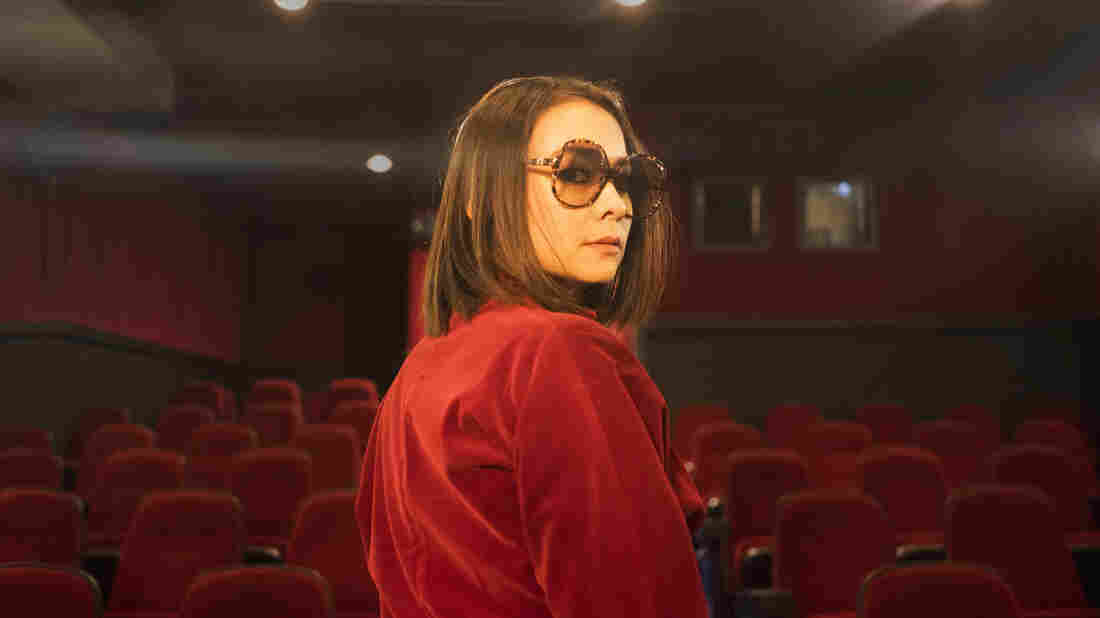 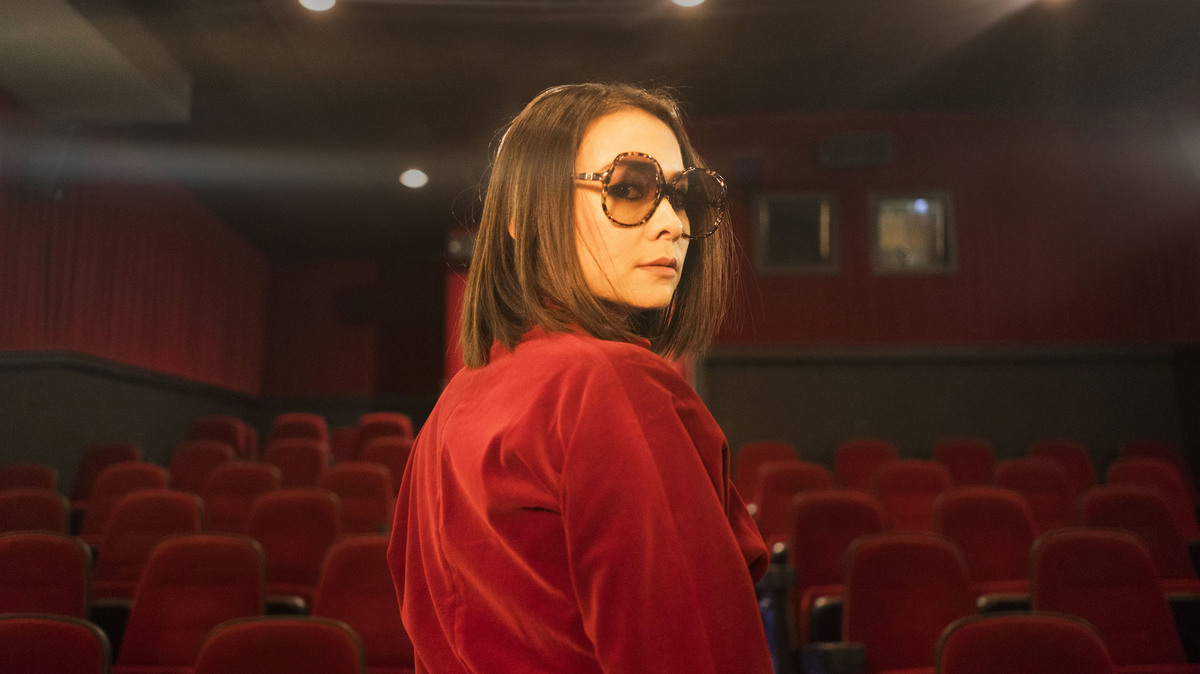 Bao Ngo/Courtesy of the artist

Mitski Miyawaki says she's lived many different lives in her one body. On her new album, she's taking on the spirit of a charismatic, swaggering cowboy.

"I just kept telling myself, 'Be the cowboy you wish to see in the world.' Kind of a play on, 'Be the change you wish to see in the world,'" she says. The cowboy is actually a college friend whose confident attitude onstage reminded her of a cowboy. "I just missed seeing him live, and so I thought, 'Well, if I miss seeing that live then I should embody that onstage. I should be whatever I want to see on stage.'"

Be the Cowboy, out Aug. 17, is the 27-year-old's fifth album in six years. The indie-pop artist spoke with NPR's Ailsa Chang about the inspiration for her album as well as her understanding of the roles she plays onstage, in relationships and in life. Hear the full conversation at the audio link and read an edited transcript below.

Ailsa Chang: Do you think that swagger, that kind of causal power a cowboy exudes, do you think it's harder for a woman to wear that?

Mitski: Yeah, and when I say cowboy, I'm talking about the Marlboro myth of a cowboy — the very strong, white male identity. And so as an Asian woman, I sometimes feel I need to tap into that to achieve things that maybe I don't believe I can achieve. 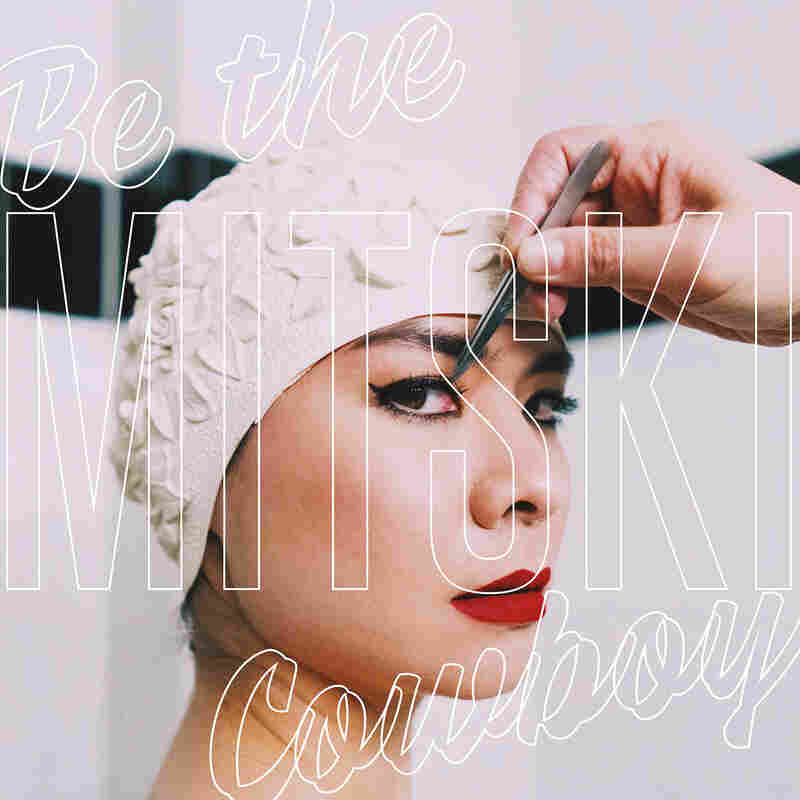 When you're up there performing, and people are admiring you and watching you, how would you describe your relationship with your audience?

It sounds like it's easier to have a relationship onstage than one-on-one with someone offstage, and that's so interesting to me. I relate to that in a way. It's easy for me to be outgoing and sociable on the radio, but I also need a lot of time alone, and it's harder for me to be available in a relationship often.

Maybe there's just something about there being clearly defined roles in that situation and being more comfortable in a situation where you know your role and you know what your job is. Maybe out there in the world, it's so unclear who you're supposed to be in any situation, so when you're onstage, it's very clear what you're there to do, so you can be free within that limitation.

You've said before that the song "Geyser" is about a woman who can't contain it any longer, who will explode if she's forced to hold it in. What is it that she wants to let out so badly?

I think I was just very fascinated with the idea of a woman who feels she has no control over her life, over her place in the world. And she feels she has no power, and her way of feeling like she has power is to be maybe icy or cold. But if you're someone who is soft on the inside, I think eventually something inside you would find a way to get out.

Puberty 2 and all my previous albums were very kind of adolescent or expressing a lot of adolescent emotions, but now that I'm 27, in my later 20s, I'm understanding much more about love and maybe much more about being an adult and being in relationships, and I wanted to write more songs about all the different kinds of love that aren't just, you know, 'You're so hot on the dance floor.' I'm more interested now in maybe nostalgic love, maybe old love, maybe love that's been going on for a long time that is no longer what it used to be but it's become something else.

You know what, I'm definitely young and stupid, very much so still. So don't worry. But I think it's because I've moved around so much, and when I was younger, it was just right before social media was what it is now, and so I essentially got to start over and be somebody new and no one else would know my past. So in a way, I got to live all these different lives, and I got to realize how many different people I am in one body.

So, in a way, I got to live all these different lives, and I got to realize how many different people I am in one body.

You kind of reinvented yourself each time.

Yeah, and it messed me up a little bit to tell you the truth. But in the long run, it's made me realize I am all of those people. There's no such thing, for me anyway, as one identity.

Mitski's new album Be The Cowboy is out August 17 on Dead Oceans.