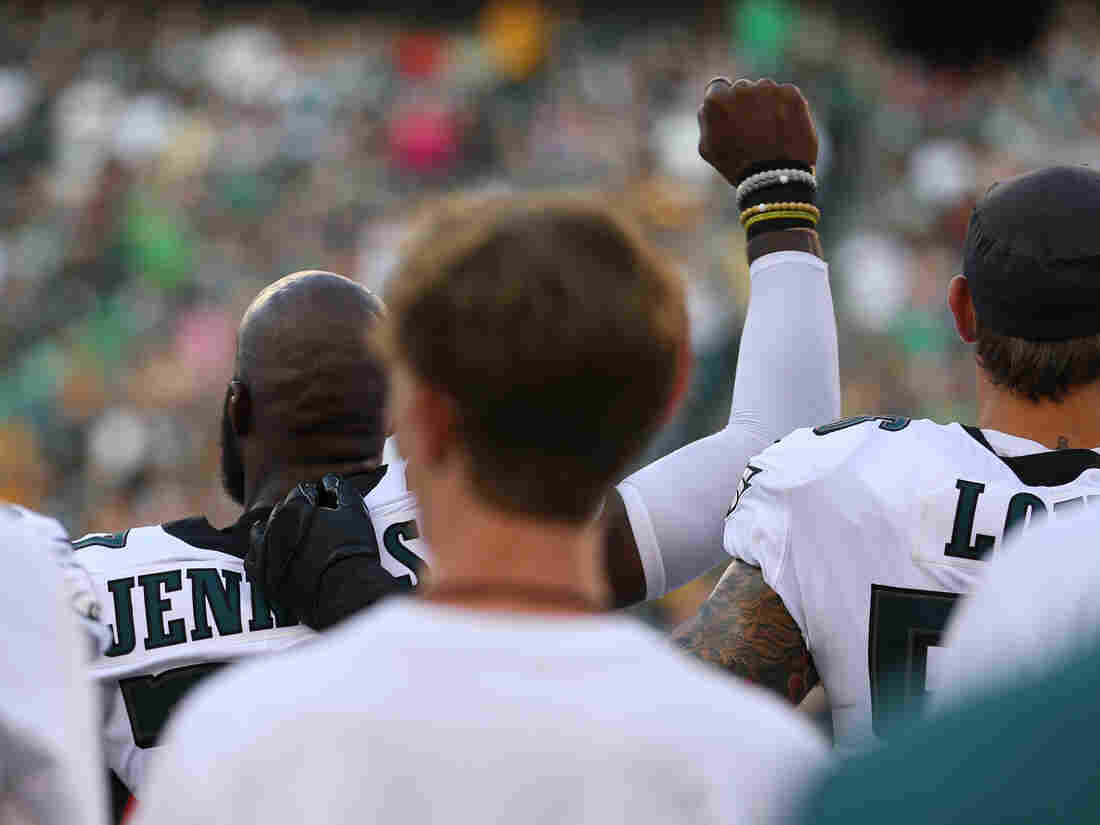 Malcolm Jenkins of the Philadelphia Eagles raises his fist during the national anthem as Chris Long puts his arm around him before the preseason game against the Pittsburgh Steelers at Lincoln Financial Field on Thursday in Philadelphia. Mitchell Leff/Getty Images hide caption 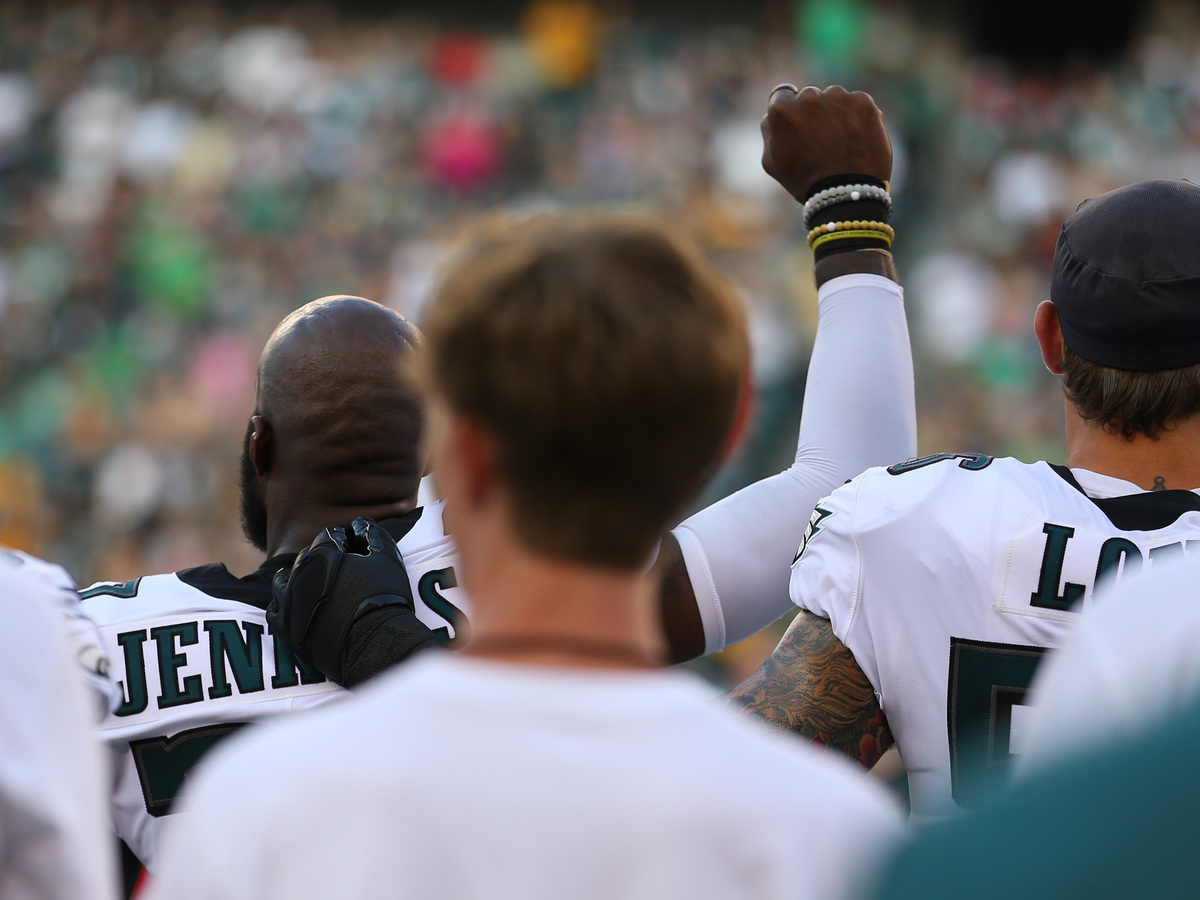 Malcolm Jenkins of the Philadelphia Eagles raises his fist during the national anthem as Chris Long puts his arm around him before the preseason game against the Pittsburgh Steelers at Lincoln Financial Field on Thursday in Philadelphia.

Several NFL players knelt, raised fists or simply refused to take the field during the playing of the national anthem as a controversial protest against police brutality dragged into the 2018 preseason.

As The Associated Press reports, in Philadelphia, Eagles safety Malcolm Jenkins, who suspended his protest last December, and cornerback De'Vante Bausby, raised their fists while defensive end Chris Long stood with his arm around Jenkins' shoulder.

Defensive end Michael Bennett walked out of the tunnel during the anthem and walked toward the bench while it played.

Sports Illustrated reports that the Jaguars' Jalen Ramsey, Telvin Smith, Leonard Fournette and T.J. Yeldon did not join their teammates skipping the pregame performance of the anthem.

In Seattle, three Seahawks also declined to take the field.

The renewed protests come after the National Football League sought to put the controversy behind it by formulating a new policy requiring athletes and staff to "stand and show respect for the flag and the Anthem."

However, that policy, announced in May, was put on hold last month when the NFL and the NFL Players Association agreed to suspend enforcement of the new rules.

"Everybody is waiting for what the league is going to do," Jenkins said, according to AP. "We won't let it stop what we stand for."

"I think it's important to utilize the platform as we can because for whatever reason, we have framed this demonstration in a negative light, and often players have to defend why we feel the need to fight for everyday Americans, and in actuality we're doing the right thing," he said.

"As a black man in this world, I've got an obligation to raise awareness," Quinn was quoted by the AP as saying. "If no one wants to live in unity, that's why we're in the situation we're in."

The protest controversy began in 2016, when then-San Francisco 49ers quarterback Colin Kaepernick knelt during the rendition of the anthem to call attention to injustices faced by people of color, particularly at the hands of the police. Several other players joined the protest.

On Friday, President Trump condemned the players who refused to stand. "The NFL players are at it again - taking a knee when they should be standing proudly for the National Anthem. Numerous players, from different teams, wanted to show their "outrage" at something that most of them are unable to define."

Adding that the players make a fortune doing what they love.

.....Be happy, be cool! A football game, that fans are paying soooo much money to watch and enjoy, is no place to protest. Most of that money goes to the players anyway. Find another way to protest. Stand proudly for your National Anthem or be Suspended Without Pay!

In October, Vice President Pence, a former governor of Indiana, attended an Indianapolis Colts game with second lady Karen Pence. The Pences promptly left the game when players knelt during the anthem.