Accessibility links
In Satirical 'Severance,' A Stricken Country Works Itself To Death When a disease wipes out most of the U.S. population, Candace Chen is the last one left at the office. Ling Ma began work on the apocalyptic novel right before she got laid off from her own job. 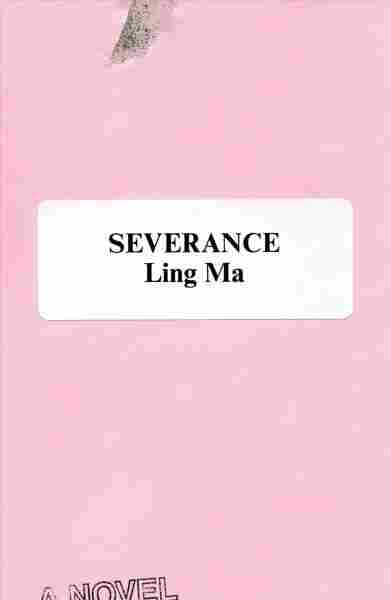 Ling Ma was in the last months of a tedious office job when she began writing her first novel. The company was downsizing, and as her coworkers got laid off, the office became "silent and desolate," Ma recalls.

Eventually Ma lost her job, too. The first few weeks were liberating — she called her unemployment check her "arts fellowship" — and she turned her attention to her debut novel.

Severance is a satire about immigration, 21st-century office work ... and also the apocalypse. Candace Chen, the daughter of Chinese immigrants, is a production coordinator for a Bible manufacturer in China. She works out of New York and when a fatal disease wipes out most of the U.S. population, Candace is the last one left at the office.

Those who fall ill with Shen Fever perform repetitive tasks until they drop dead — a mother resets the same table over and over, retail workers fold and refold their wares. "It typically takes some action from their former lives and forces the victims to repeat it," Ma explains.

On her inspiration for Shen Fever

Shen fever is named after Shenzhen, China which is a manufacturing hub. I was thinking about factory work and the nature of the repetitive actions of factory work — just the same gestures over and over. And I was also thinking [of] Candace's ... work routine — waking up, making coffee, getting on the train, getting to the office — just that repetition. I wanted to somehow unleash that and maybe exaggerate it and amplify it somehow upon the whole world.

On Candace — whose parents have died, and who doesn't speak fluent Chinese — mirroring her own mother's fears

When I immigrated to the U.S. at the time I was an only child. I was a product of the one-child policy. And I remember that one of my mother's fears was that something would happen to herself or my father. I would be completely estranged in this country and that if I lost touch with my language, with Mandarin, if I lost touch with Chinese culture, even if I were to try to return to China it would be really difficult. So I think in a way I had Candace Chen embody my mother's fears.

On the human toll of manufacturing

Connor Donevan and Jolie Myers produced and edited this interview for broadcast. Beth Novey adapted it for the Web.