Accessibility links
9-Year-Old Chess Prodigy Will Be Allowed To Remain In U.K. Shreyas Royal, one of the world's best chess players in his age group, was to be deported after his father's work visa expired. But following outcry, the U.K. government made an exception.

9-Year-Old Chess Prodigy Will Be Allowed To Remain In U.K.

9-Year-Old Chess Prodigy Will Be Allowed To Remain In U.K. 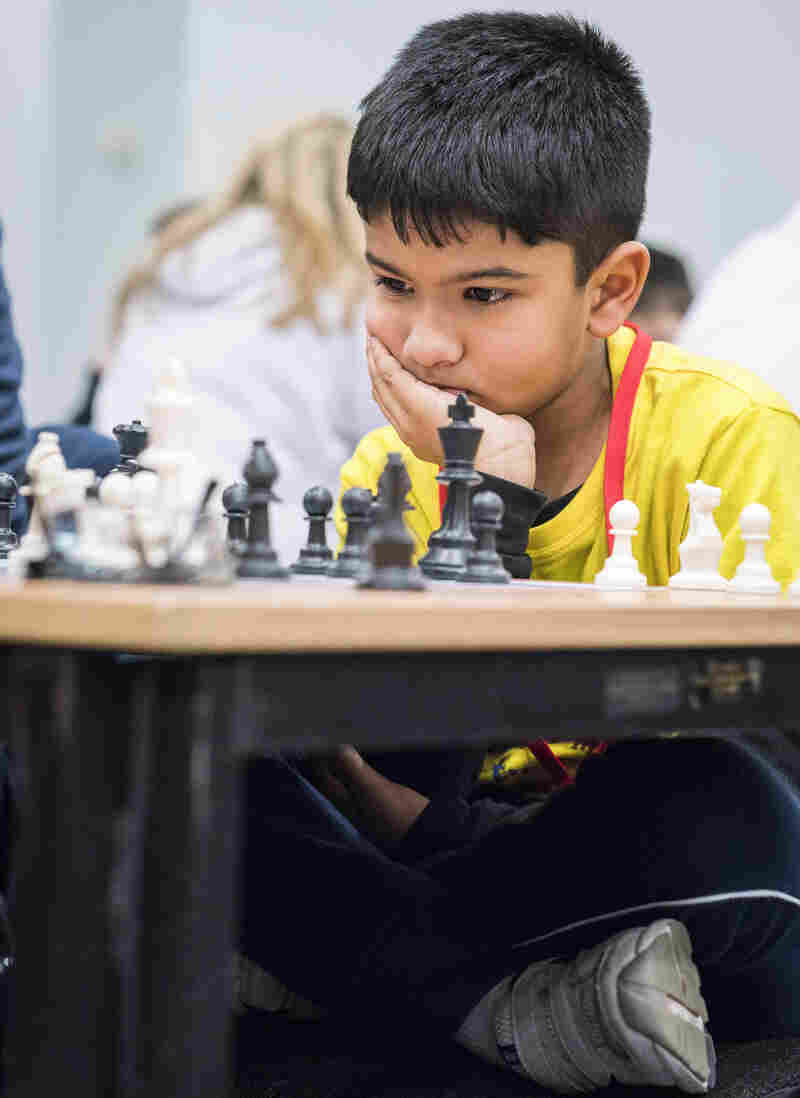 Shreyas Royal, a talented young chess player, will be allowed to remain in the United Kingdom with his family, the Home Office has decided. Courtesy of Lennart Ootes hide caption 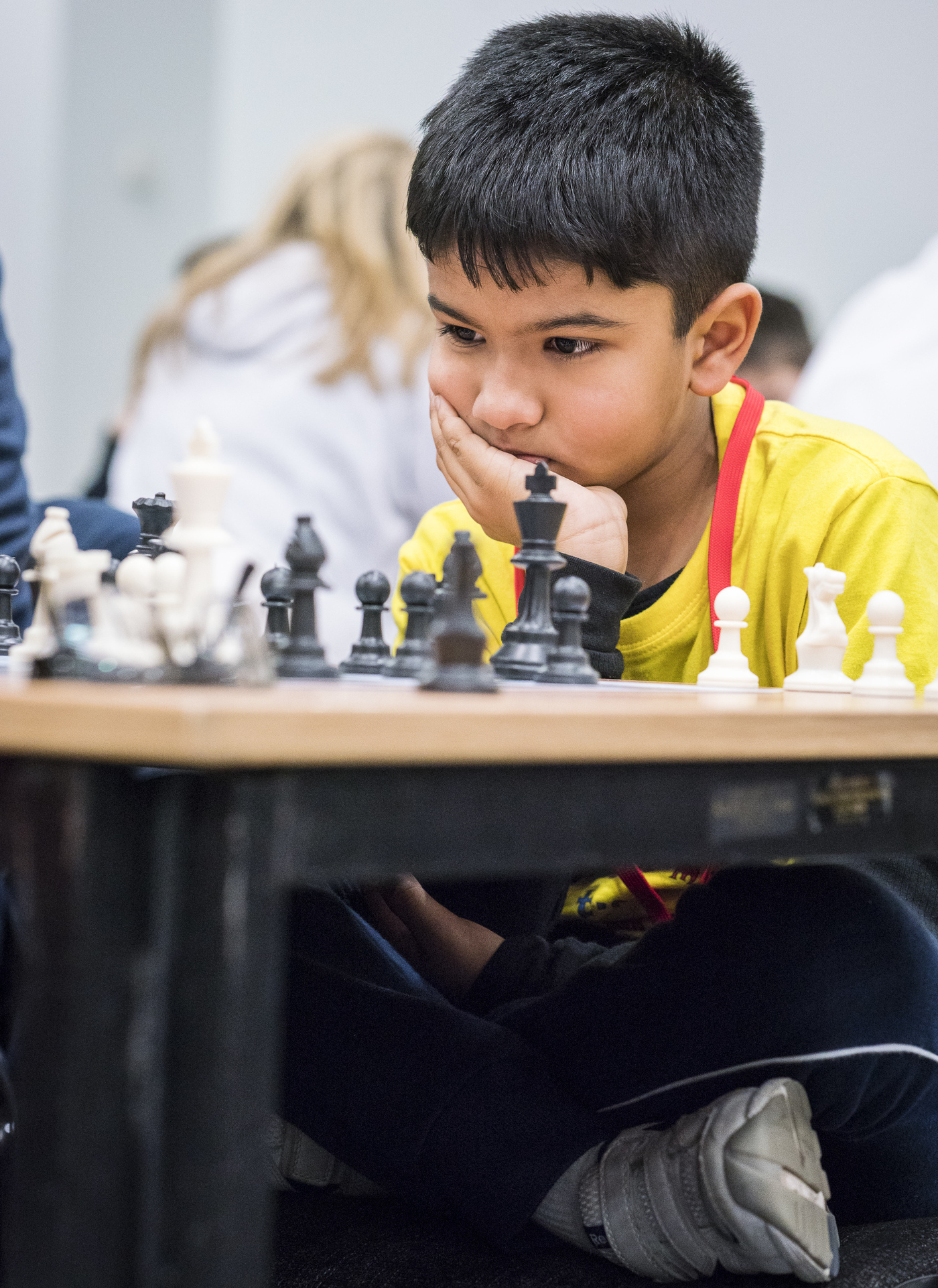 Shreyas Royal, a talented young chess player, will be allowed to remain in the United Kingdom with his family, the Home Office has decided.

The United Kingdom has decided to allow a 9-year-old chess prodigy to remain in the country, after his father's work visa expired and his family faced deportation back to India.

Shreyas Royal is "very delighted" with the news, his father tells NPR by email.

Shreyas has lived in the U.K. since he was 3 and has played chess since he was 5. Now, within his age bracket, he is the top chess player in England and one of the top 10 globally. He was the youngest English player to ever earn a FIDE title, becoming a "candidate master" at the age of 7, the English Chess Federation says.

His father, Jitendra Singh, is an IT project manager who brought his family to England on a temporary work visa, the BBC reports. Singh's employer wanted to keep him, but his visa was set to expire in September, with no possibility for renewal. A longer visa would be available only if Singh made more than £120,000 (more than $150,000) a year, which he didn't.

Singh asked the British government to make an exception for his family, given his son's tremendous talent. He said Shreyas had received support and recognition in the U.K., which he wasn't sure would be available in India.

Govt plan to force an 8 year old chess prodigy to leave the country next month because his father earns less than £120,000 a year.

UK shouldn't be deporting its brightest young talent. @sajidjavid should intervene and allow Shreyas to stay in the only home he can remember. pic.twitter.com/DLonnTgSzX

Initially, the U.K.'s Home Office said there was no option for the family to remain. As The New York Times reported Thursday, the country's immigration law allows for visas for people who excel in science, fashion, or sports like archery and yoga.

Opposition to immigration played a role in the U.K.'s decision to leave the European Union. The Associated Press notes that the U.K.'s conservative government has recently been tightening its immigration policies.

The British chess world was dismayed at the idea that one of the country's most promising young players would get pushed out of the country.

Last summer, the English Chess Federation wrote that "Shreyas' rise is unprecedented in British Chess, especially as he was introduced to the game just three years ago."

In February, he won an under-14 championship in the West of England, beating players five years his senior.

"He's going to be a future world champion and we'd like it to be for Britain," trainer Julian Simpole told The Hindu.

Member of Parliament Rachel Reeves — herself a former junior chess champion — was one of several politicians who asked the Home Office to intervene. "UK shouldn't be deporting its brightest young talent," she wrote on Twitter.

Finally, the U.K. home secretary personally stepped in to make an exception for Shreyas and his family.

"The UK is a country that fosters world class talent and Shreyas is one of the most gifted chess players in his generation," U.K. Home Secretary Sajid Javid said in a statement quoted by ITV. "We have always been clear we want a world-class immigration system that welcomes highly-talented individuals from across the globe."

What's next for Shreyas? More chess competitions, of course.

He aims to be the World Chess Champion by the age of 21 — a year younger than Garry Kasparov was when he became world champion in 1985.

It's an ambitious goal, but hey, he's still got 12 years to work on it.

A previous version of this story misspelled Garry Kasparov's first name as Gary.