Accessibility links
Weekly Wrap: "We Are Done." : It's Been a Minute with Sam Sanders It's Friday: Sam is kicking it with Texas Public Radio reporter Joey Palacios (@Joeycules) and NPR political reporter Asma Khalid (@asmamk). They're talking immigration, social media, and talking to kids about race. Tweet @NPRItsBeenaMin with feels or email samsanders@npr.org.

It's Friday. Sam is taping from San Antonio this week. He's with Texas local and Whataburger lover Joey Palacios, who covers City Hall for Texas Public Radio. And chiming in from Boston is NPR political reporter Asma Khalid. On this week's show we've got in-laws, immigration, and Instagram for ya!

Benefiting from a policy the president and others have derisively dubbed "chain migration," Melania Trump's parents became US citizens this week. Last year, President Trump tweeted that chain migration "must end now."

CHAIN MIGRATION must end now! Some people come in, and they bring their whole family with them, who can be truly evil. NOT ACCEPTABLE! pic.twitter.com/PQGeTTdRtX

With her three words, Asma asks: "Are you surprised?" 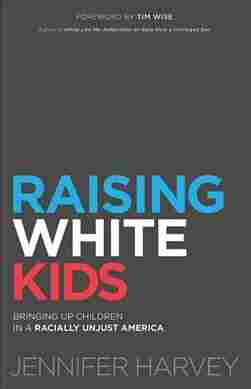 Bringing Up Children in a Racially Unjust America

by Jennifer Harvey and Tim Wise

Joey tells us about how San Antonio is fighting a statewide ban on so-called sanctuary cities, Senate Bill 4, which passed by the Texas legislature last Spring. The bill requires local police to cooperate with federal immigration officers and allows the police to question the immigration status of anyone they arrest. San Antonio challenged the ban, but in March the U.S. Court of Appeals ruled parts of the bill could be implemented while challenges proceed.

Meanwhile, Twitter, Snapchat, and Facebook are all seeing certain user metrics fall, amid more and more studies that suggest social media might be bad for our health.

And in the year that's passed since the "Unite the Right" rally in Charlottesville, Sam has been thinking about how we talk to kids about race. He tackles listeners' questions on that topic with help from Jennifer Harvey, author of Raising White Kids: Bringing Up Children In A Racially Unjust America, and Andrew Grant-Thomas, co-founder of Embrace Race, which has a ton of tip-sheets for parents on the subject. Newsflash: Colorblind race education doesn't work.

May the force be with you.

Space Force all the way!