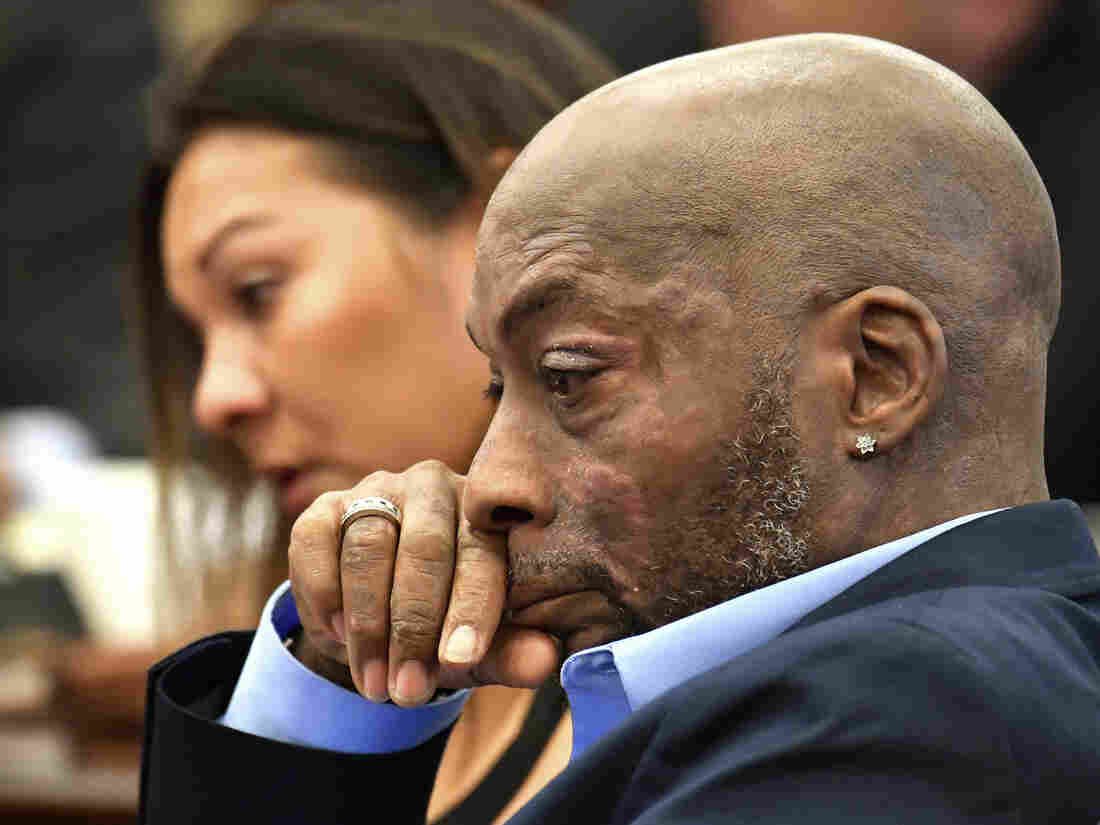 Plaintiff Dewayne Johnson, shown on July 9, listening to his attorney speak about his condition during the Monsanto trial in San Francisco. On Friday, a jury awarded Johnson $289 million in damages after ruling that Monsanto intentionally concealed the health risks of its popular Roundup products. Josh Edelson/AP hide caption 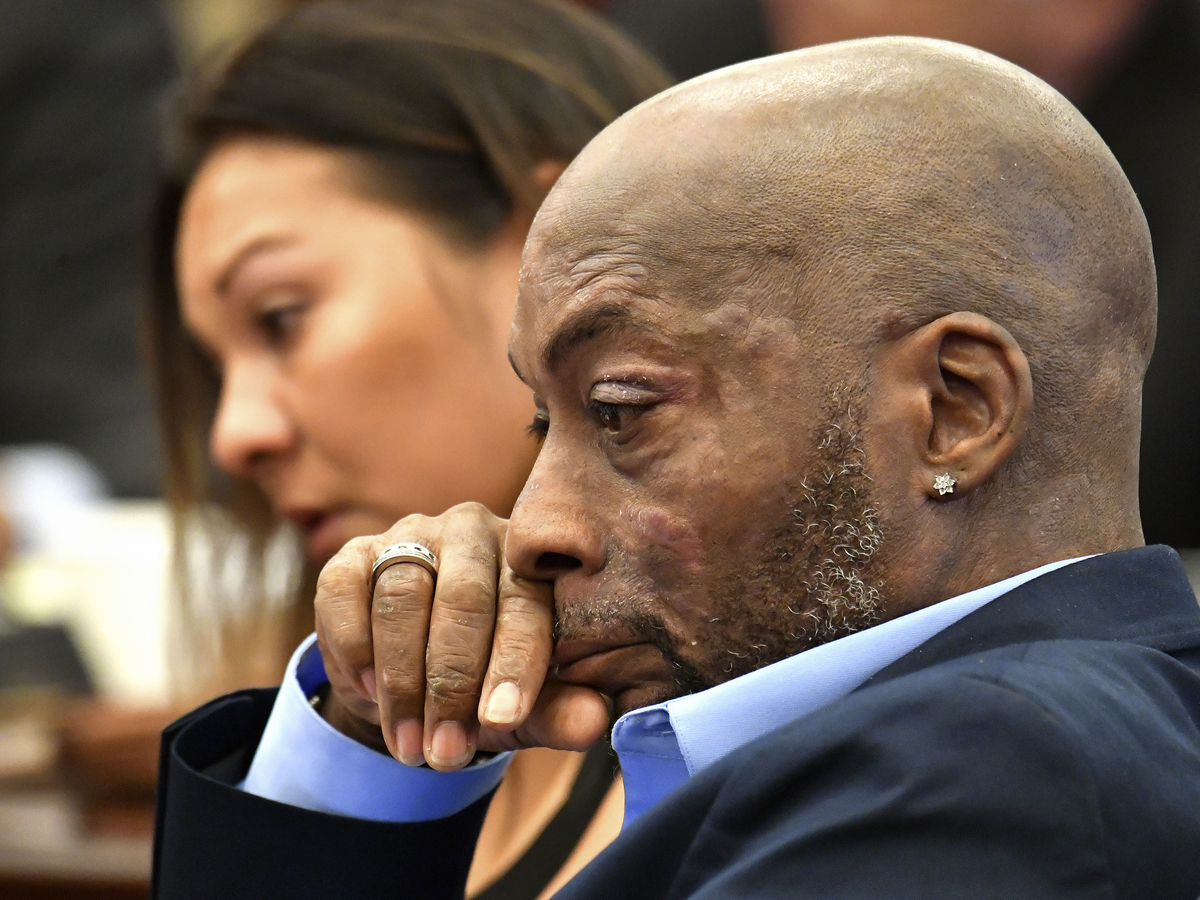 Plaintiff Dewayne Johnson, shown on July 9, listening to his attorney speak about his condition during the Monsanto trial in San Francisco. On Friday, a jury awarded Johnson $289 million in damages after ruling that Monsanto intentionally concealed the health risks of its popular Roundup products.

At 42, Dewayne Johnson developed a bad rash that was eventually diagnosed as non-Hodgkin's lymphoma.

Four years later Johnson — now near death, according to his doctors — has been awarded a staggering sum of $289 million dollars in damages in a case against agricultural giant Monsanto.

The former school groundskeeper sued the company, arguing that an herbicide in the weed killer Roundup, likely caused the disease. His lawyers also contended Monsanto failed to warn consumers about the alleged risk from their product.

On Friday, a San Francisco jury agreed. They deliberated for three days before awarding Johnson $250 million in punitive damages and $39 million in compensatory damages.

"The jury found Monsanto acted with malice and oppression because they knew what they were doing was wrong and doing it with reckless disregard for human life," said Robert F. Kennedy Jr., one of Johnson's attorneys, according to the Associated Press.

"This should send a strong message to the boardroom of Monsanto," Kennedy added.

Johnson's is the first of hundreds of cancer-patient cases against Monsanto and could be a bellwether of what lies ahead for the company.

"Claims against Monsanto received a boost in 2015, when the International Agency for Research on Cancer – part of the World Health Organization — announced that two pesticides, including glyphosate, are 'probably carcinogenic to humans.'

Monsanto is now facing hundreds of lawsuits, many of which were filed after that 2015 announcement. Dozens of the suits were joined to be heard in the court of U.S. District Judge Vince Chhabria – who, even as he allowed the case to proceed, said the plaintiffs 'appear to face a daunting challenge' in supporting their claims at the next phase of the case."

"We were finally able to show the jury the secret, internal Monsanto documents proving that Monsanto has known for decades that ... Roundup could cause cancer," Johnson's lawyer Brent Wisner said in a statement, according to The Guardian.

Monsanto has consistently denied that glyphosate-based herbicides cause cancer.

"We are sympathetic to Mr. Johnson and his family," Monsanto Vice President Scott Partridge said in a statement following the verdict. "Today's decision does not change the fact that more than 800 scientific studies and reviews ... support the fact that glyphosate does not cause cancer, and did not cause Mr. Johnson's cancer."

He confirmed the company will appeal the decision "and continue to vigorously defend this product, which has a 40-year history of safe use and continues to be a vital, effective, and safe tool for farmers and others."