Accessibility links
Man Steals Plane And Crashes After 'Unauthorized Takeoff' From Sea-Tac Airport A 29-year-old Richard Russell stole a plane from Seattle's airport, flying for about an hour and a half before crashing on a nearby island. No one else was on board, the airline said. 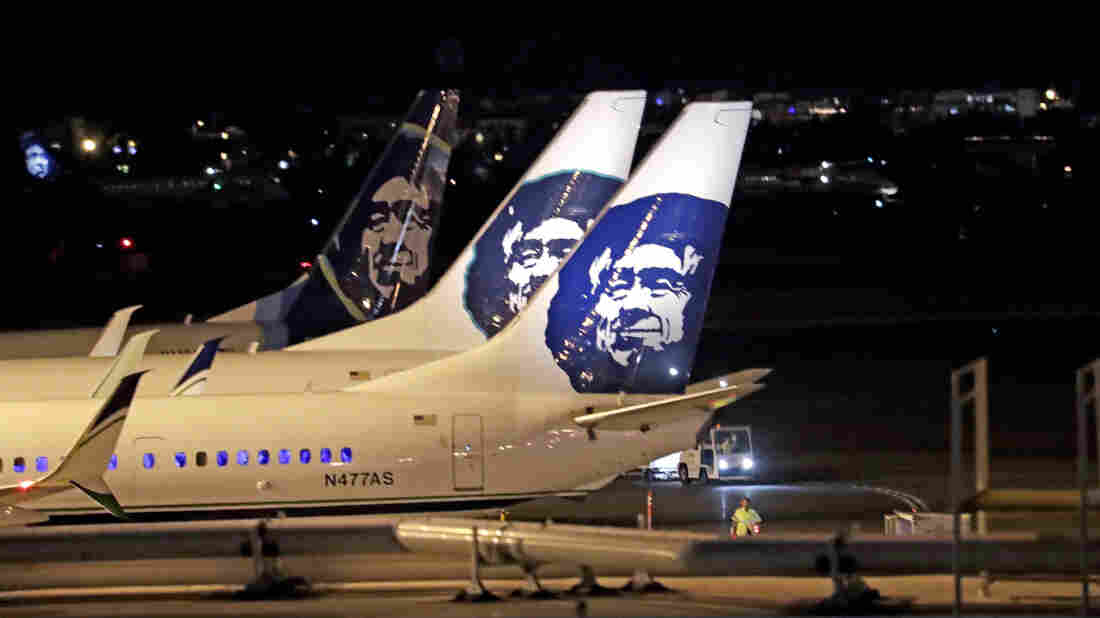 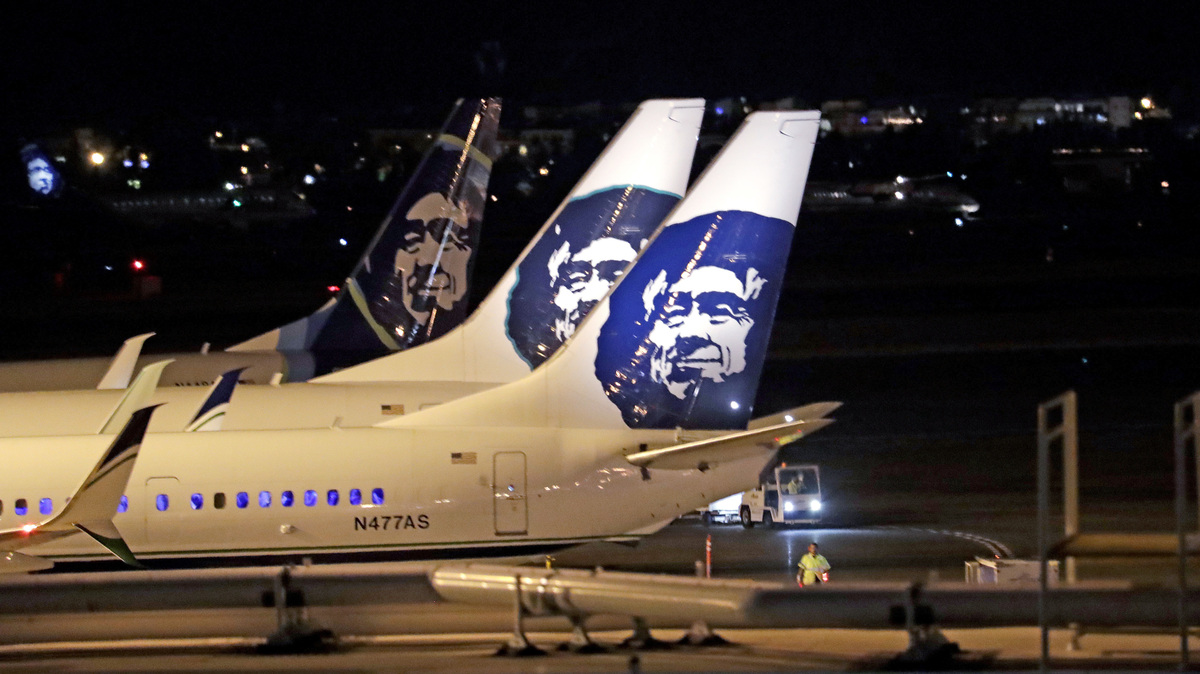 The man who stole a plane with no one else on board from the Seattle-Tacoma International Airport late Friday has been identified as Richard Russell, 29, according to two unnamed law enforcement sources. He flew the plane for about an hour before crashing into a forest on a nearby island.

Russell was a resident of Pierce County, Wash., and "acted alone," the Pierce County Sheriff's Department tweeted, describing him as "suicidal."

Alaska Airlines said Russell was a ground service agent working for Horizon Air, where he worked for the past 3 1/2 years. Horizon is owned by Alaska Air Group, Inc., which also owns Alaska Airlines. As part of his job, he had security clearance, and routinely had access to aircraft, including loading bags and cargo and towing aircraft, Horizon Air CEO Gary Beck said Saturday. Russell took off without clearance at 7:32 p.m. local time, according to Alaska Airlines CEO Brad Tilden, and lost contact at 8:47 p.m.

The plane was in a "maintenance position," the company said, and was not scheduled for any passenger flights. Officials said they believe he used a pushback tractor to back out the plane from where it was parked. It was unclear whether he had flight experience, officials said, but it didn't appear that he had a pilot's license.

"It would be a series of switches and levers that would be used to start the engine," Beck said. "We don't know how he learned to do that."

"Commercial aircraft are complex machines," Beck added. "I don't know how he achieved the experience that he did."

Smoke over Ketron Island, scene of Where stolen Q400 apparently crashed. From what we can tell plane crashed in forested area on south part of island with no houses nearby (according to satellite map). pic.twitter.com/C1vx7IRkMm

It appeared that nobody besides the pilot was harmed, Jenkins said. He told Scott the plane crashed into a forested area "where it didn't look like there were any homes in the immediate area." Ketron Island is small — about 230 acres -- and fewer than two dozen people live there, Jenkins said.

The National Transportation Safety Board and the FBI are leading the investigation into the crash and the reasons for taking the plane. President Trump was briefed on the incident, the White House said Saturday.

Russell told authorities on the ground he "would like to apologize" to people who cared about him. "I'm a broken guy who had a few screws loose. Didn't really know it until now," he said, according to audio from air traffic controllers.

Released radio conversation between Russell and air traffic controllers goes on for more than a half hour. He sounds calm at times and jokes with operators on the ground, who try to direct him to places to land. At one point he told operators, "I don't need that much help. I've played some video games before."

Horizon Air Chief Operating Officer Constance von Muehlen said, "Our hearts are with the family of the individual aboard as well as all our Alaska Air and Horizon Air employees."

Two military F-15s chased the plane "within a few minutes of theft of plane" and "kept plane out of harms way and people on ground safe," the sheriff's department said. The F-15s were scrambled from Portland and were not involved in the crash.

People who said they were witnesses on the ground posted video on Twitter:

Some dude stole a plane from #Seatac (Allegedly), did a loop-the-loop, ALMOST crashed into #ChambersBay, then crossed in front of our party, chased by fighter jets and subsequently crashed. Weird times. pic.twitter.com/Ra4LcIhwfU

The Bombardier Q400 is a turboprop airplane made for shorter flights, according to Alaska Airlines. It has 76 coach seats and is about 108 feet long.

The airport says normal operations at Sea-Tac have resumed.