Accessibility links
Like 'Goosebumps?' Here's Another 30 Years' Worth Of Horror For Kids From the late '60s to the rise of Harry Potter in the late '90s, horror fiction had a hold on young readers, and there was something to scare everyone, from realistic thrillers to possessed dummies. 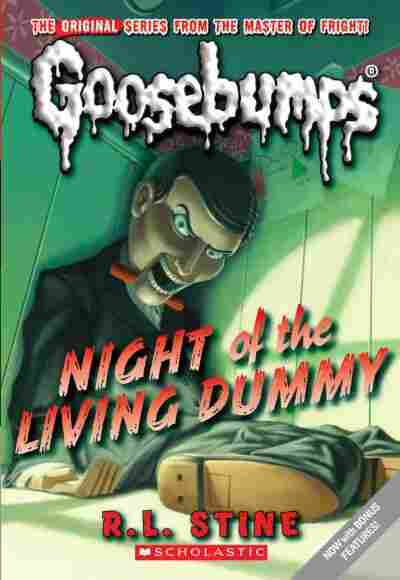 Night Of The Living Dummy

YA's Stone Age existed for thirty years — from 1967, when S.E. Hinton's The Outsiders gained mainstream critical respectability, to 1997 when J.K. Rowling's Harry Potter and the Philosopher's Stone sparked a YA gold rush. During those intervening decades, horror for teenagers fell into three main categories. For the kid who wanted realism, there was social horror like the druggy, doom-laden Go Ask Alice or Richard Peck's claustrophobic rape novel, Are You in the House Alone? Kids who wanted fewer abortions and drug overdoses but more mystery could read the hiking thriller Signpost to Terror, or The House of Dies Drear, a throwback to 18th century gothic novels, in which the ghosts haunting an African American family's new home turn out to be their terrible next door neighbors trying to drive them away.

Kids who wanted stronger stuff got their horror smuggled in via science fiction. John Christopher's The Tripods series painted a future earth where alien overlords fitted everyone over the age of 14 with caps that kept them placid and happy, and the book followed the trials and tribulations of the few kids who tried to fight back. At least in that trilogy there was a chance of fighting back — William Sleator's House of Stairs removed hope completely in his story about a random group of orphaned teens who wake up in an endless void filled with nothing but infinite stairs and a machine that randomly provides them with food, but only if they degraded themselves before it. O.T. Nelson's The Girl Who Owned a City was a cheerful, Ayn Randian bedtime story about a virus that wipes out everyone over the age of 12. Its ten-year-old heroine starts out trying to feed her little brother, but winds up leading a child army into battle against other child armies, dousing them with boiling oil and setting them on fire with Molotov cocktails as she learns about the sacred rights of the individual. 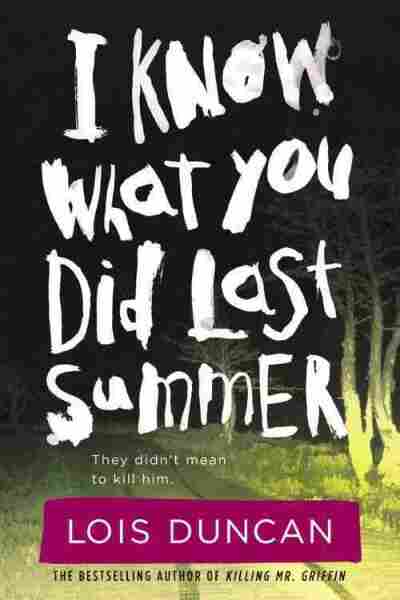 I Know What You Did Last Summer

Title
I Know What You Did Last Summer
Author
Lois Duncan

Early YA horror superstar Lois Duncan specialized in thrillers, starting with 1962's Game of Danger (about two kids trying to prove their dad is not a dirty commie rat), and continuing through Point of Violence, I Know What You Did Last Summer, Killing Mr. Griffin, and Gallows Hill, all books that avoided supernatural horror in favor of all the the kidnappings, blackmail, and just plain old murder the average teenager could expect to encounter in their everyday lives. Tragically, Duncan's career came to a halt in 1989 when her own daughter was murdered by a stranger — she devoted the rest of her life to solving the murder, only publishing one more fictional thriller before her own death in 2016.

Supernatural horror had a small gallery of classics, passed down by word of mouth, many of them centering on the same basic plot: girl meets girl, girl turns out to be a ghost, girl tries to kill other girl. Essentially, they were friendship novels with more murder attempts. In When Marnie Was There the ghost is relatively benign, but she gets way more malicious in Jane-Emily -- and in Wait Till Helen Comes she turns out to be downright obsessed with drowning people.

For boys there was John Bellairs, whose New Zebedee books were like a creepier American precursor to the Harry Potter series. When young Lewis Barnavelt's parents are killed in a car accident, he's sent to live with his uncle Jonathan in the small Michigan town of New Zebedee. It turns out that Jonathan is a wizard, which is delightful, and that other wizards want to end the world and probably kill Lewis and Jonathan in the process, which is less so. Shot through with a genuine sense of danger, the books trafficked in a gothic, autumnal sensibility that was turned up to 11 by Edward Gorey's morbid illustrations. Originally consisting of only three books, author Brad Strickland was tapped to continue the series after Bellairs died and YA horror began to off.

When horror fiction first clawed its way out of the grave in the late '60s and early '70s it was with books like 1967's Rosemary's Baby and The Exorcist in 1971, where parents had to deal with their own creepy and possessed kids. But in the '80s, heavy novels about faith and the Devil gave way to lighter books with younger protagonists that wanted to take readers on a roller coaster ride. The same trend became apparent in movies as horror protagonists went from being parents to being teenaged camp counselors and babysitters. Horror got younger and younger, and when the genre collapsed under its own weight in the early '90s — thanks to a glut of gory serial killer fiction and various problems in the publishing industry itself — it was the books aimed at young readers that survived. In a sense, horror fiction stopped being about the spawn of Satan when publishers realized that the spawn of Satan were its biggest market.