Accessibility links
After 17 Days And 1,000 Miles, A Mother Orca's 'Tour Of Grief' Is Over After carrying her calf's corpse for an unusually long time, a "remarkably frisky" Tahlequah, or J-35, as the orca's known, was seen Saturday chasing a school of salmon with fellow members of her pod. 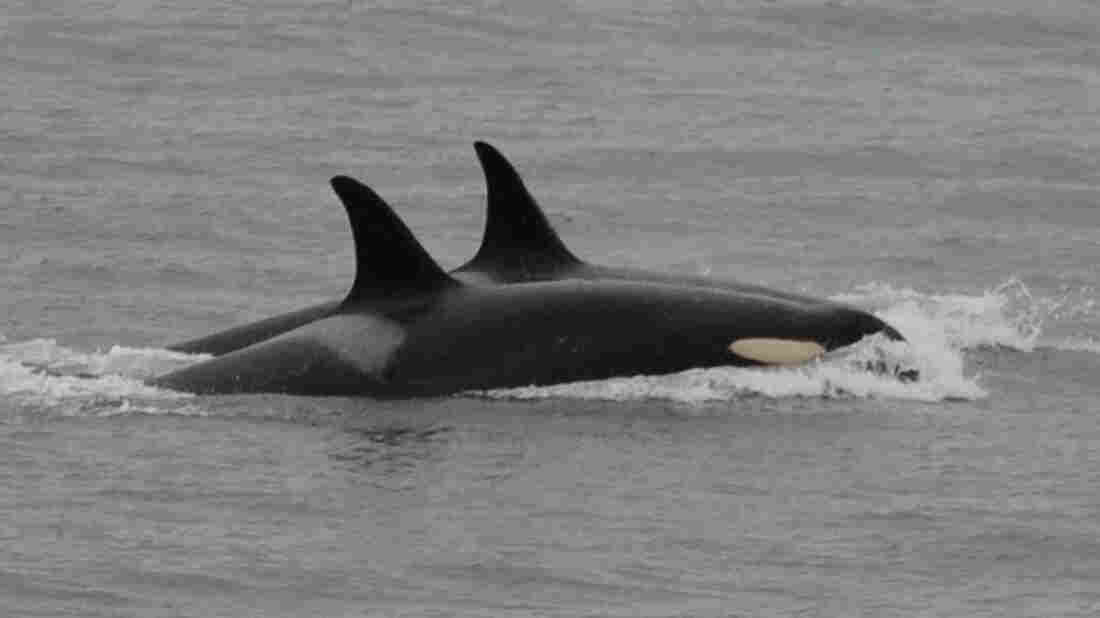 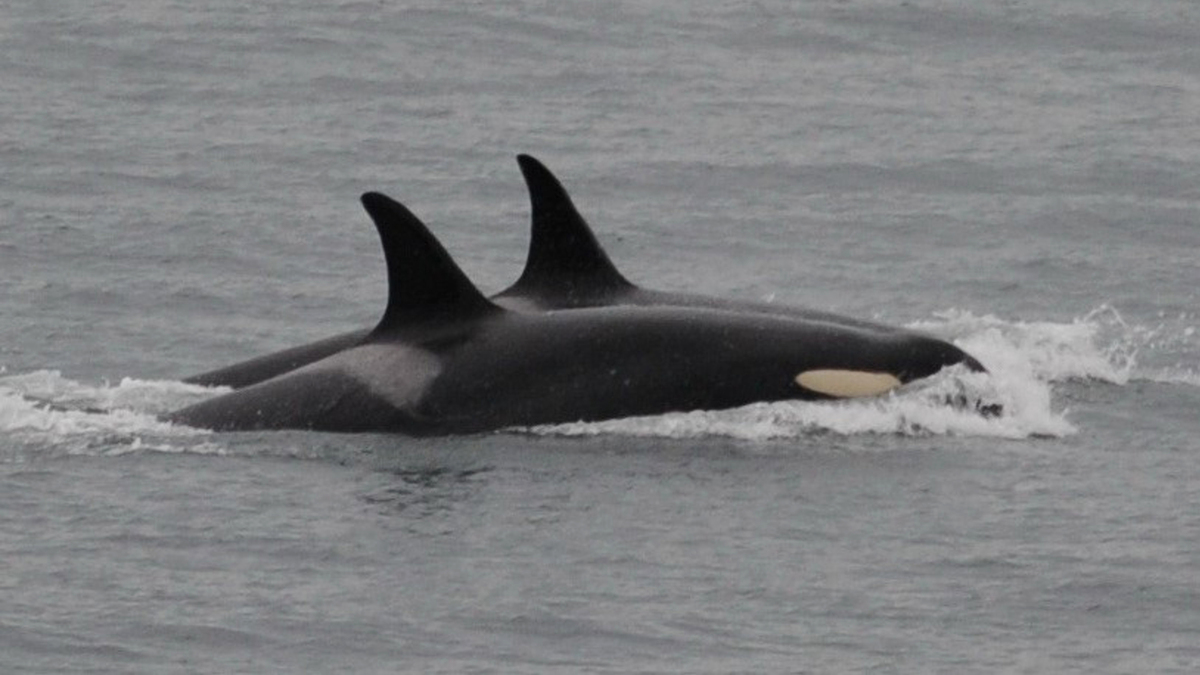 In this photo, taken Saturday and released by the Center for Whale Research, an orca known as J-35 (foreground) swims with podmates near Friday Harbor, Wash.

Center for Whale Research via AP

After carrying her deceased baby for at least 17 days and 1,000 miles, an orca mother has shown signs of returning to normal.

She was seen Saturday with fellow members of her pod, chasing a school of salmon. She is no longer carrying her baby, and she looks healthy. "Her tour of grief is now over and her behavior is remarkably frisky," according to a statement on the Center for Whale Research's website.

Researchers commonly refer to the mother orca as J-35. She's also known as Tahlequah, a name she was given as part of the adopt a whale program at The Whale Museum on Washington's San Juan Island.

Her recovery is important — not just for her own health, but for the health of the rest of her pod. NPR's Colin Dwyer previously reported that "given the fact that orcas move in matrilineal groups, dependent on mothers and grandmothers," Tahlequah's death would put her adult son and others in danger.

Not a single orca born in the the Southern Resident killer whale population in the past three years has been known to survive, according to the Center for Whale Research. That's why the fact that Tahlequah recently gave birth was so exciting, if only for a brief moment. Her calf died just 30 minutes after it was first spotted by a whale watch operator on July 24.

The Center for Whale Research keeps track of every single known Southern Resident killer whale (that's the extended family of orcas Tahlequah is a part of), and as of December 2017, that population contains just 76 whales. According to NPR's Dwyer, the population of Southern resident killer whales has decreased by about a quarter in the past 20 years, largely because their food source, the Chinook salmon, has also seen a dramatic population decline.

Jenny Atkinson, executive director of The Whale Museum, told Here & Now's Jeremy Hobson that Tahlequah's grieving period was unusually long. Typically, Atkinson said, researchers have seen mothers carry stillborn calves for "a day or so." But Tahlequah's baby was not stillborn. "She carried this for 17 months before it was born," Atkinson said. "And we know that it swam by her side ... so there is a part of me that believes that the grief could be much deeper, because they had bonded."

Atkinson said it made sense that Tahlequah's grief generated a global response. "Orcas ... are charismatic megafauna," she said. "You're going to feel that pain of grief — particularly if you've gone through grief in your own life."

For now, it appears that Tahlequah is moving on. Her podmates depend on it.