Accessibility links
The Relentless Pace Of Satisfying Fans Is Burning Out Some YouTube Stars In the age of fast-paced social media, the pressure to perform has reached new heights. Like many entertainers who dream of reaching the top, YouTube stars are discovering it's not all fun and games. 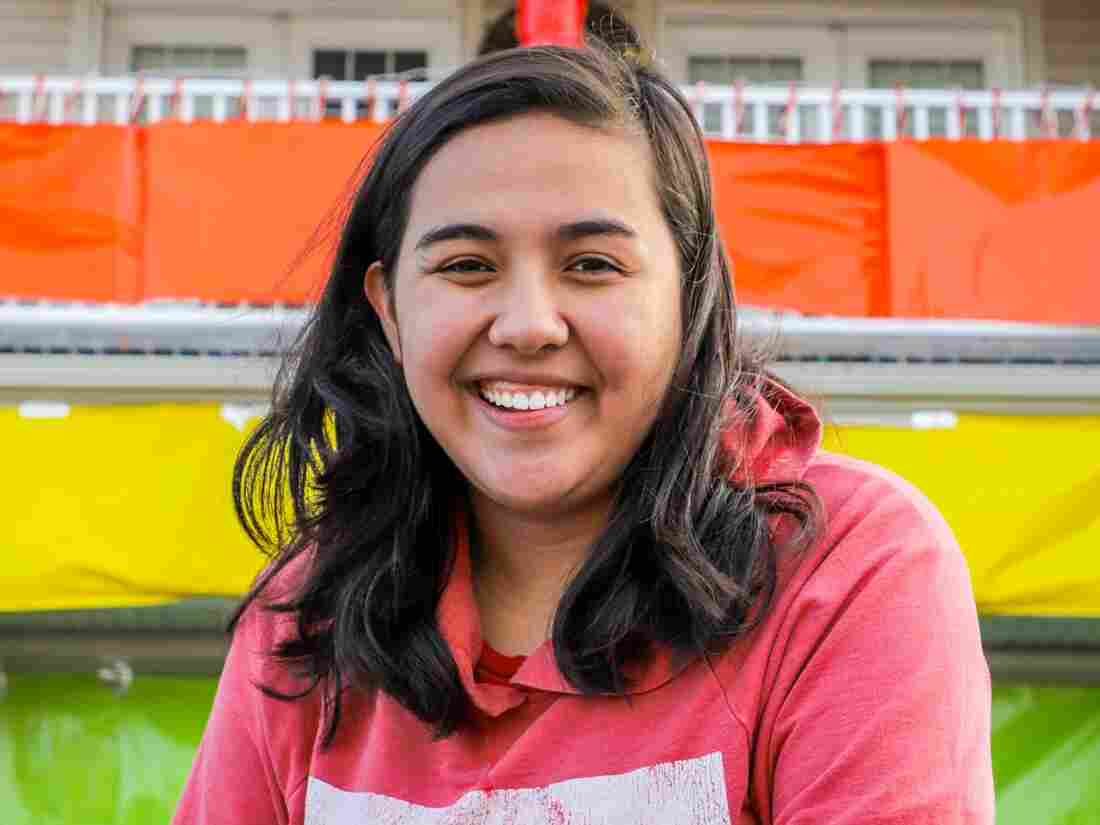 YouTube star Elle Mills recently took a month off from posting videos, telling her fans, "I will be putting my mental health first for a bit." Courtesy of Elle Mills hide caption 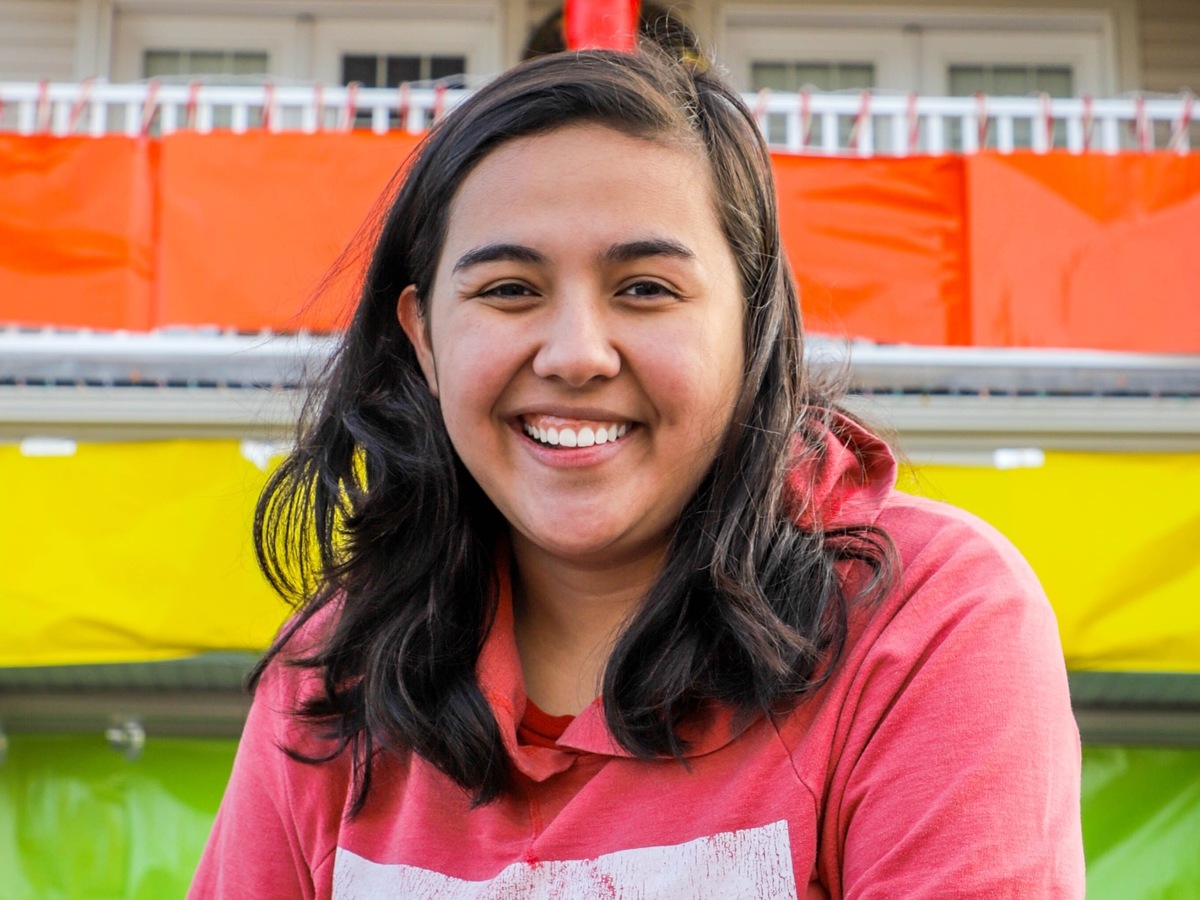 YouTube star Elle Mills recently took a month off from posting videos, telling her fans, "I will be putting my mental health first for a bit."

The history of big Hollywood stars is rife with stories of celebrities who break down because of the pressure to perform. Now, some YouTube stars are facing their own Internet version of a meltdown.

Unfortunately, many are finding they are at the mercy of YouTube's algorithms, and taking time off can be risky.

Elle Mills says being a YouTube star was her childhood dream. At the age of 20, she has achieved it. She has more than 1.3 million YouTube followers who enjoy her 2 1/2- to 6-minute videos characterized by a self-deprecating humor.

Her videos include a failed attempt to levitate her childhood home with 4,000 helium-filled balloons and Mills' attempt at impressing a date by creating a prom just for her. Mills' style is somewhere between Lena Dunham in Girls and a Woody Allen film.

She makes a living from selling her branded merchandise, such as hoodies and T-shirts with her signature logos — Canada's maple leaf (she's Canadian), a soda-pop bottle, and a camera. She's also had brand deals with Samsung and Wendy's, and she goes on tour to meet fans. Mills does all of this in addition to producing the videos, which can take 60-plus hours to shoot, produce and edit.

While TV and film stars can take a break when the shooting is over, Mills feels the pressure to post every week to keep fans engaged.

"I definitely was feeling drained because I was trying to pump out an amazing video once every two weeks or like once every week," she says. "That's just not attainable, especially with the hours that goes into each video."

It was not just the 60- to 70-hour weeks that burned out Issa Tweimeh, known as Issa Twaimz to his viewers. He dropped out of college at 19 to pursue YouTube full time. His costumes, humor and silly songs were a hit. He wrote a song about a llama that got more than 33 million views.

Twaimz, who is now 23, says he has changed over four years. He's been grappling with his sexuality. He has become less interested in clicks than in putting a positive message into the world. "I felt like people wanted me to do this one thing," he says. "And I was growing up and getting older and I was like, 'I think I'm getting too old to be doing the same thing over and over again.' "

Twaimz fell into depression. He still wanted to make videos, but he wasn't feeling as connected to the style he created when he was 19. He says the relentless pace of YouTube didn't give him time to reimagine himself. For more than a year, he stepped away from YouTube.

Taking a break from your own YouTube channel can be risky, says Jon Brence, the director of talent at Fullscreen, who helps manage careers for YouTube stars. He says YouTube's algorithm favors those who post regularly.

"So if you're not actively creating or if you're going on a trip and you haven't actively created content to publish during said trip, you will go effectively back to the back of the line," he says.

In a statement, YouTube says it does not program to favor people who post more often. However, YouTube viewers may prefer certain channels that post more often and that does impact what the algorithm favors.

Still, the company knows there's a problem. It has created a section on YouTube where creators can get information about how to recognize burnout and what to do to avoid it and live a balanced life.

Despite the risks of losing some of her audience, Mills says she had to take a break. "To be honest, at that point I needed that break so bad that it didn't really matter," she says. In a moment of desperation, Mills turned to her fans and explained in a video why she was taking time off.

Looking straight into the camera, a thoughtful Mills says, "I don't want to worry anyone. I am getting the help I need and I have a bunch of people looking after me. ... I will be putting my mental health first for a bit."

Brence, the talent manager, says that for certain stars like Mills, turning to her fans can make it possible to take a break. "She has a fan base that cares about her first and foremost," he says. "And when she's saying, 'I'm going to take a break,' they're willing to take the break with her."

But, Brence says, other stars are much more dependent on the algorithm. He says some stars burn bright and then burn out after about two years, never to be heard from again.

After a month off traveling and talking with friends and family, Mills says she's back and feeling better. On her return, she once again opened up to her fans in a video.

"As long as I'm having fun and passion about what I'm making, everything's going to be all right. And now I finally feel content again," she tells them in her return video. And Mills says her fans were right there listening and watching and waiting for her next update.