Accessibility links
Two Decades Later, Death Cab For Cutie Wants To 'Thank You For Today' On the band's ninth album, Ben Gibbard addresses an array of life's aftermaths, set against propulsive arrangements that know just when to sparkle and sway. 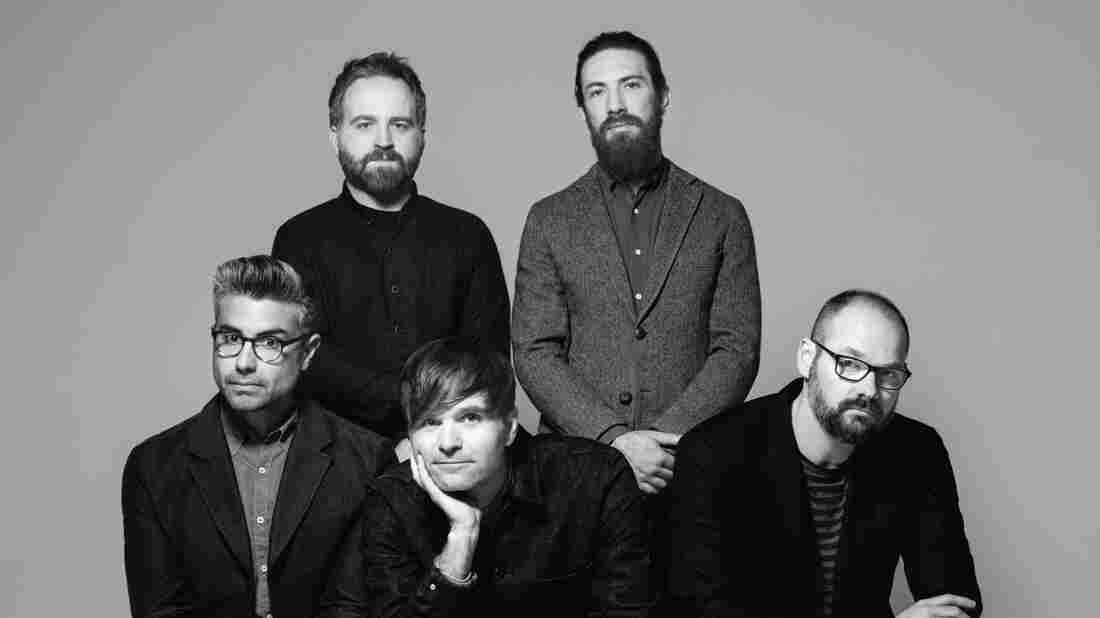 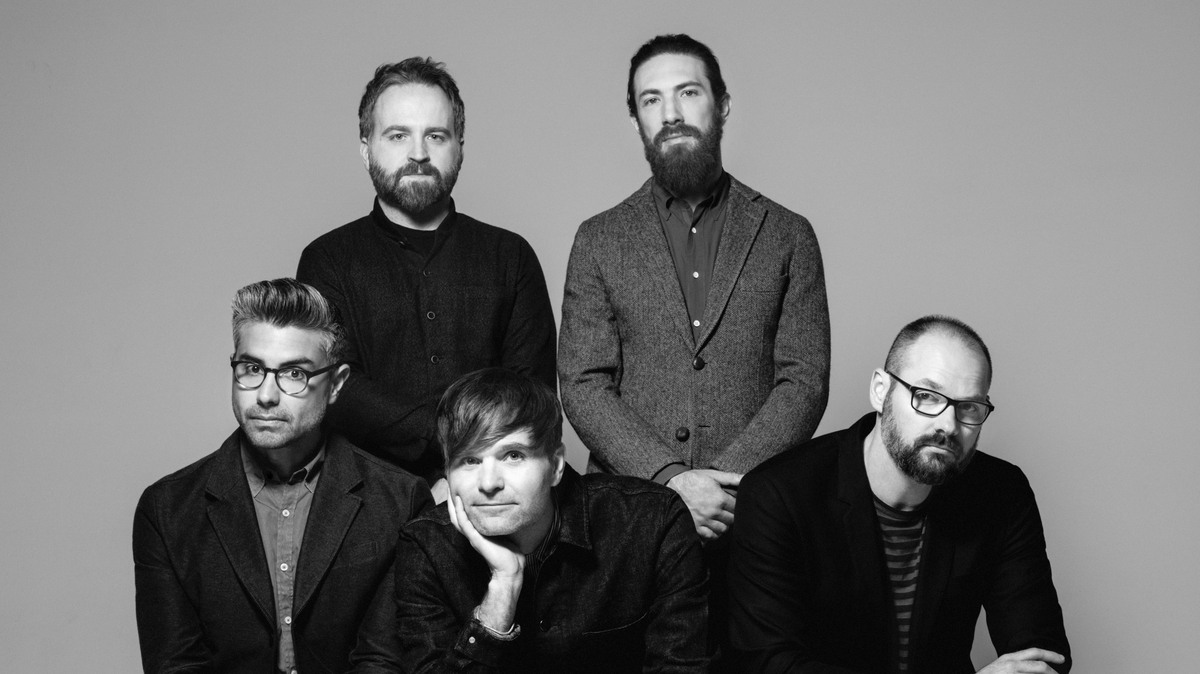 Death Cab for Cutie's new album, Thank You for Today, comes out August 17.

When Death Cab for Cutie's Ben Gibbard was in his 20s, his songs chronicled the awkward strivings of youth: finding yourself, falling in love, learning to navigate physical and emotional distances in relationships. In his 30s, the stories evolved to address that decade's destabilizing forces — failed marriages, derailed dreams, atrophied friendships — while still putting to good use the wisdom that comes with a young lifetime's worth of mistakes and triumphs.

Thank You for Today is Death Cab's ninth album, and at 42, Gibbard's point of view has shifted again. If 2015's Kintsugi documented the sullen aftermath of a painful divorce, this record is here to tunefully chronicle the wistful aftermath of the aftermath: an attempt to return to the life you once knew, only to find that it's changed shape while you weren't looking.

In the infectiously chugging single "Gold Rush," that means clinging to a hometown that's been radically reshaped by growth and gentrification: "Now that our haunts have taken flight / And been replaced with construction sites / Oh, how I feel like a stranger here / Searching for something that's disappeared." In the song's chorus, Gibbard uncorks a sentiment that could double as a mantra for early middle age: "Please don't change." (That plea only gets hammered home in the set-closing "60 & Punk," during which Gibbard warily surveys the life of a musician whose world has curdled with age: "It's nothing elegant in being a drunk / It's nothing righteous being 60 and punk / But when you're looking in the mirror do you see / The kid that you used to be?")

For a band in its third decade — not to mention one still adjusting to life without founding member Chris Walla, who's moved on to other projects — Death Cab hasn't lost its gift for pairing Gibbard's soft ruminations with propulsive arrangements that know just when to sparkle and sway. But even more importantly, Gibbard himself still sings with a sense of purpose, keenly articulating a distinct swirl of nostalgia, loss and hope for new beginnings.