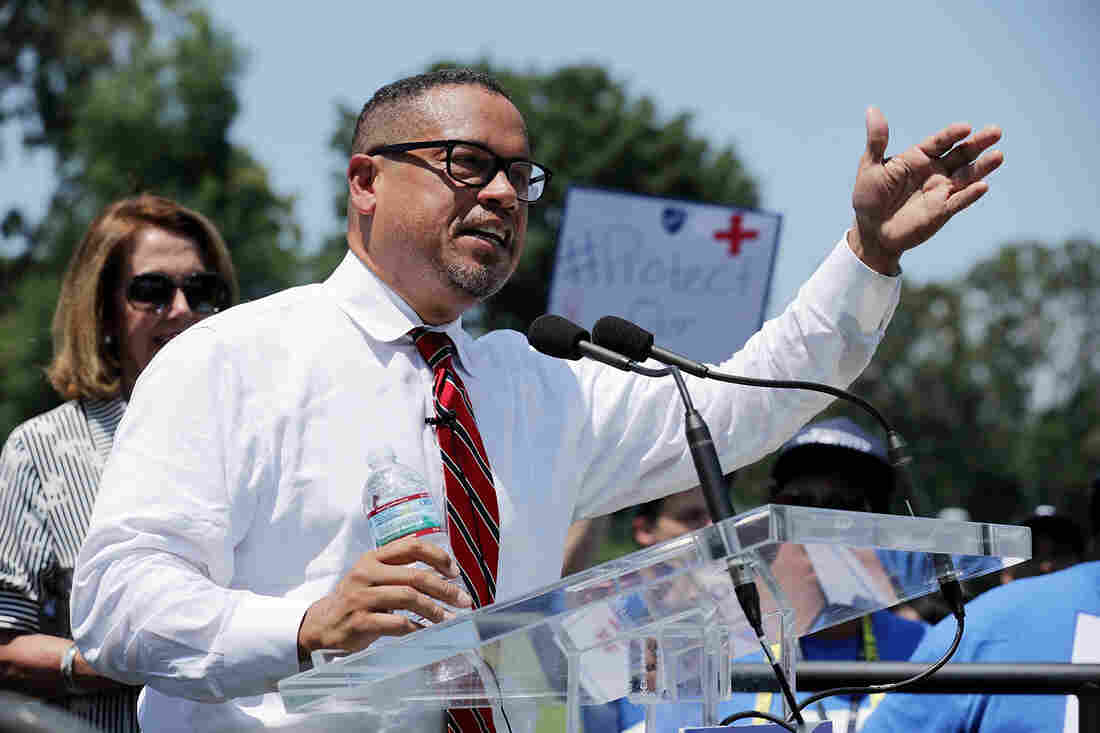 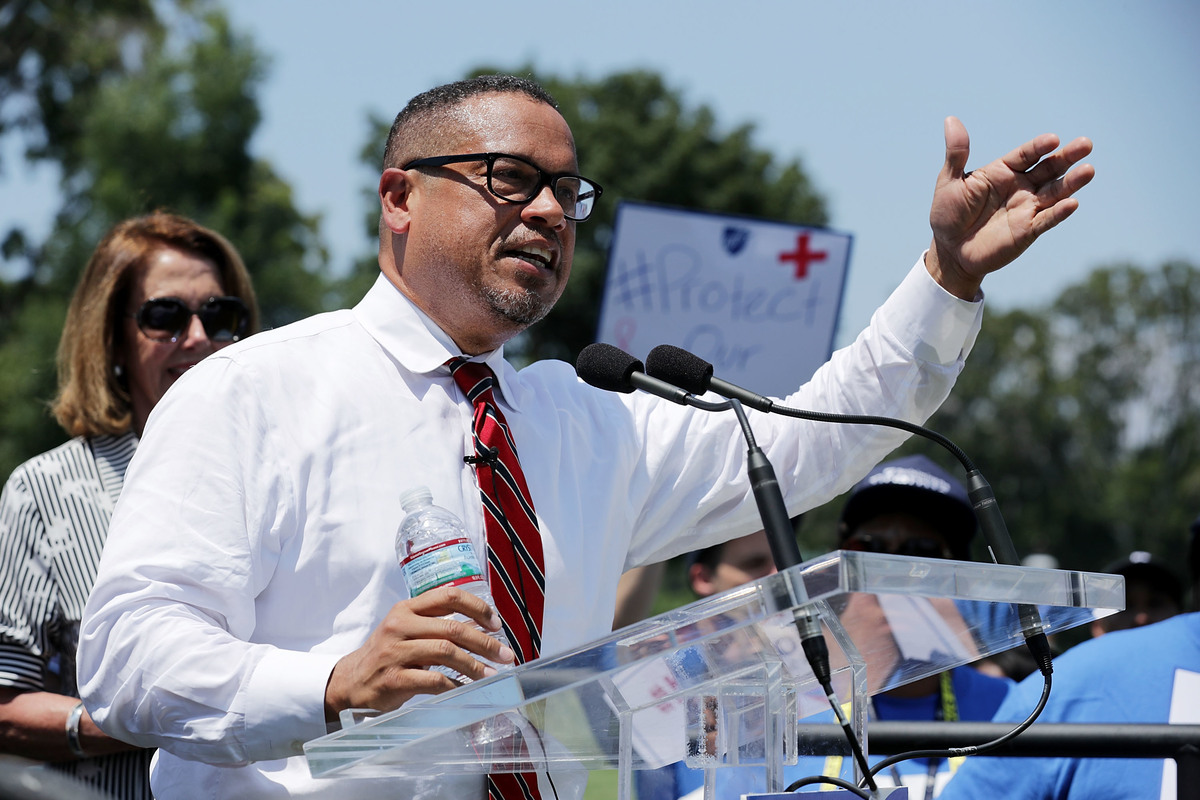 A version of this story was first published by MPR News.

The allegation that the physical abuse was caught on video was posted to Facebook late Saturday night by the woman's son, days before Minnesota's primary election, where Ellison is facing off against four other Democrats for the open state attorney general's seat.

Ellison has represented the Minneapolis-centered 5th District for six terms and was the perceived front-runner in the attorney general's race. In a written statement Sunday, Ellison denied the incident.

He said he was in a "long-term relationship" that ended in 2016 but he denied the allegation of abuse.

"I still care deeply for her well-being," he wrote. "This video does not exist because I never behaved in this way, and any characterization otherwise is false."

State Rep. Debra Hilstrom, who also is running for the Democratic nomination for attorney general, recirculated the Facebook post and called on Ellison to answer the allegation. She tweeted the Saturday account from Austin Monahan, the son of Karen Monahan, Ellison's former longtime girlfriend. By Sunday afternoon the post had been shared more than 2,000 times.

Hilstrom was later joined by Democratic candidates Matt Pelikan and Tom Foley, who separately called for Ellison to address the allegation.

In the post, Austin Monahan, 25, said that in 2017 he was going through his mother's computer when he saw a file that included a two-minute video showing Ellison in a physical altercation with his mother.

The alleged video was not included in the Facebook post and has not been provided to MPR News. There are no police reports or court documents confirming the incident. Austin Monahan said he confronted Ellison by text message after he saw that video and said "I know what you did to my mamma."

Karen Monahan, an organizer with the Sierra Club, was in a relationship with Ellison for years. The two are seen together in many of her social media posts, including hiking together in national parks and posing with the Obamas at the White House. Records show she lived in his Minneapolis home before their relationship ended. Ellison, who was previously married to a different woman, is divorced.

In recent weeks, Karen Monahan has been active on social media talking about the #MeToo movement, which encourages women to share their experiences of sexual harassment and assault, and has also shown public support for Hilstrom's campaign for attorney general. Until now, she hadn't named Ellison in the posts but she had tagged him in many.

More than 100 text and Twitter messages between Ellison and Karen Monahan, shared by Karen Monahan and reviewed by MPR News, show the two communicating after their breakup for months, coordinating her getting her things from his house.

The tenor of the conversation at times was friendly, with the two acknowledging concern and care for one another, and at other times more combative over the terms of their break-up and the emotional pain Karen Monahan said he caused her.

In one exchange, Karen Monahan tells Ellison she plans to write about their "journey" in a chapter in her book and Ellison warns her not to. "Horrible attack on my privacy, unreal," he wrote in one message.

There is no evidence in the messages reviewed by MPR News of the alleged physical abuse.

In a screenshot of a December 2017 text message, which was sent to MPR News by Monahan Sunday evening, Monahan confronts Ellison for the first time that a video exists of the alleged abuse.

"We never discussed — the video I have of you trying to drag me off the bed," Monahan wrote to Ellison, quoting abusive language he allegedly shouted at her.

Ellison did not respond to that message or others that followed.

In a statement to MPR News, Karen Monahan said Ellison met with her the night before he filed to run for attorney general, worried she would talk about their relationship. Monahan didn't make any promises, she said.

She said her son coming out to share her story before her was "brave and courageous" and he struggled to stay silent for a long time.

"He knew I was ready to share my story. I told them to brace themselves because I would be smeared," she added. "I took down my Facebook about two days ago, because I didn't want them seeing nasty messages sent to me."

Kim Ellison, who is Keith Ellison's ex-wife, came to the congressman's defense Sunday in an statement that was emailed to reporters.

"We may be divorced, but we are still a family," she wrote. "I want members of our community to know that the behavior described does not match the character of the Keith I know."