Accessibility links
Dozens Of Cars Torched By Masked Youths In Western Sweden, Authorities Say "What the hell are they up to?" Swedish Prime Minister Stefan Lofven asked in an interview on Swedish radio. Authorities say the car fires may have been coordinated. 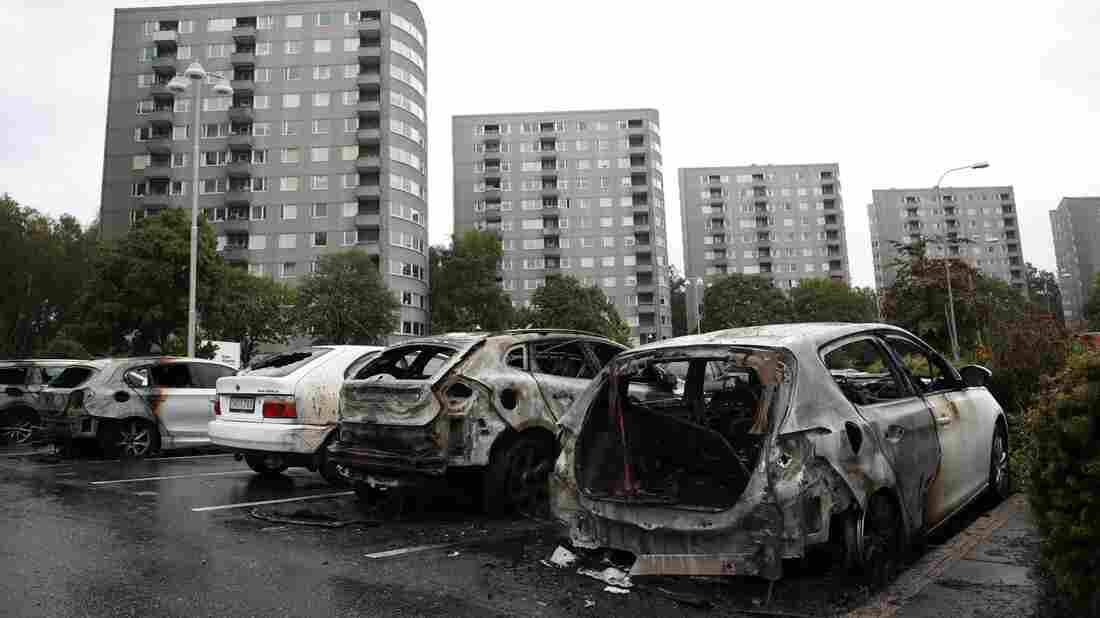 Burned cars are pictured at Froelunda Square in Gothenburg, Sweden, on Tuesday. Up to 80 cars have been set on fire in western Sweden by masked vandals, police say. Adam Ihse/AFP/Getty Images hide caption 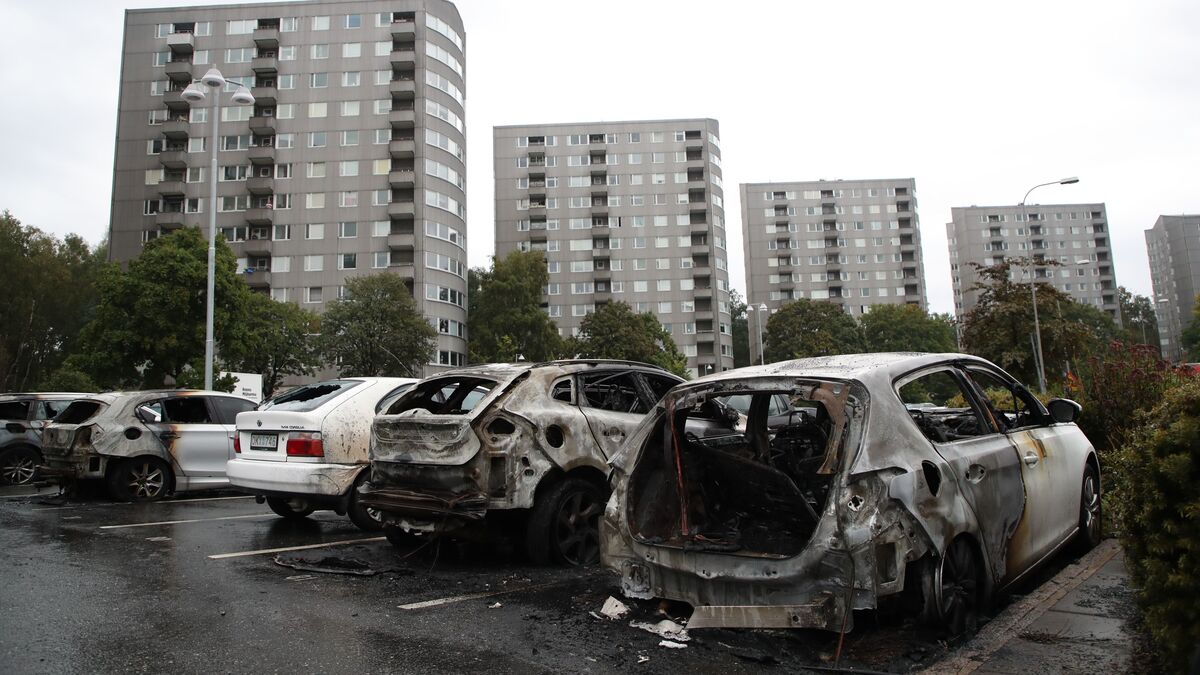 Burned cars are pictured at Froelunda Square in Gothenburg, Sweden, on Tuesday. Up to 80 cars have been set on fire in western Sweden by masked vandals, police say.

Dozens of cars were set on fire overnight in western Sweden, in a series of attacks that Swedish authorities suspect may have been coordinated on social media.

Up to 80 cars were torched in Gothenburg, Sweden's second-largest city, as well as other nearby towns, Radio Sweden reports. Authorities say that groups of masked young people are responsible.

And the country's leaders are not happy.

"I am really furious," Swedish Prime Minister Stefan Lofven said in an interview with Radio Sweden, as translated by The Guardian. "What the hell are they up to?"

Justice and Home Affairs Minister Morgan Johansson called the attacks "despicable," according to The Local, writing on Twitter, "Last year the government tightened the punishment for aggravated vandalism, which can now give up to six years in jail. Hope the thugs get arrested so that they get the punishment they deserved."

Video sent to The Local Sweden showed cars being set on fire in a Gothenburg suburb. A group of people entirely clad in black — including masks covering their faces — are seen moving through a parking lot and throwing incendiary devices under cars. The news website says people threw stones and torched cars in several Gothenburg districts.

The car attacks are part of a larger pattern, according to Reuters and Radio Sweden: Over the past few years, apparently, Swedish towns have repeatedly experienced violence or car burnings shortly before the end of summer break.

The late-summer timing also could have political consequences.

"Sweden goes to the polls on [Sept. 9] with violent crime high on the political agenda, after a spate of shootings and grenade attacks, largely in deprived areas with large concentrations of immigrants," the Guardian notes.

Car torching is often a feature of larger riots, as Stockholm witnessed in 2013. But that's not what happened in Gothenburg. Despite the widespread property damage, there have been no reports of injuries, the BBC says.

This is not the first time Sweden has faced a spate of stand-alone, seemingly coordinated car fires.

In 2016, there were a series of car burning attacks over the summer, including one night when cars were torched in towns from Stockholm to Malmo. In 2017, multiple cars were set on fire in various locations in Malmo.

In 2016, CityLab explored Scandinavian car arson and noted that some people theorized the car burnings were part of an insurance fraud scheme.

"Others have seen the burnings as an expression of rage from young men who see no other outlet for it, or find that the attention it gets them a kick," Feargus O'Sullivan wrote. "Still others have pointed toward Scandinavia's growing social ills as the grey eminence behind the burnings."