Accessibility links
Defense Rests In Paul Manafort Case Without Calling Him Or Other Witnesses Prosecutors wrapped on Monday. The move by defense attorneys to rest their case on Tuesday signals the tax and fraud trial is set to move into its final phase.

Listen · 4:09 4:09
Defense Rests In Paul Manafort Case Without Calling Him Or Other Witnesses 4:09 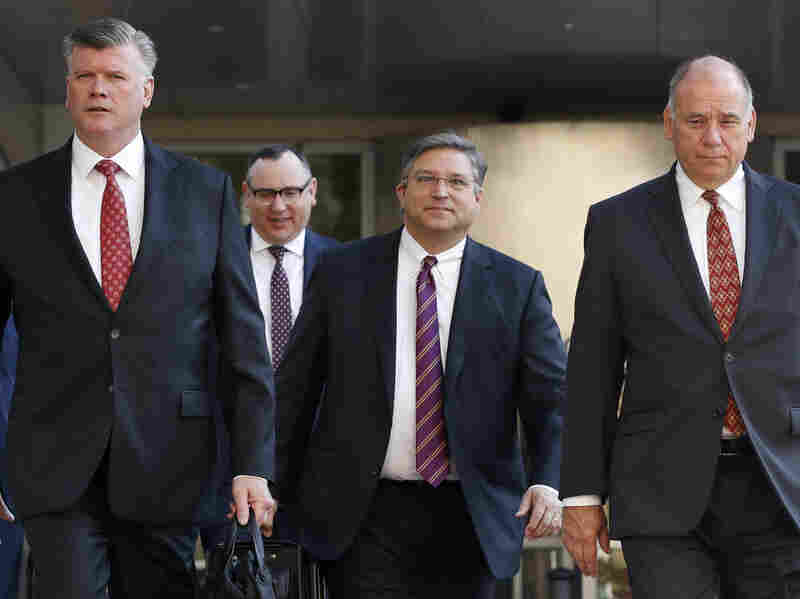 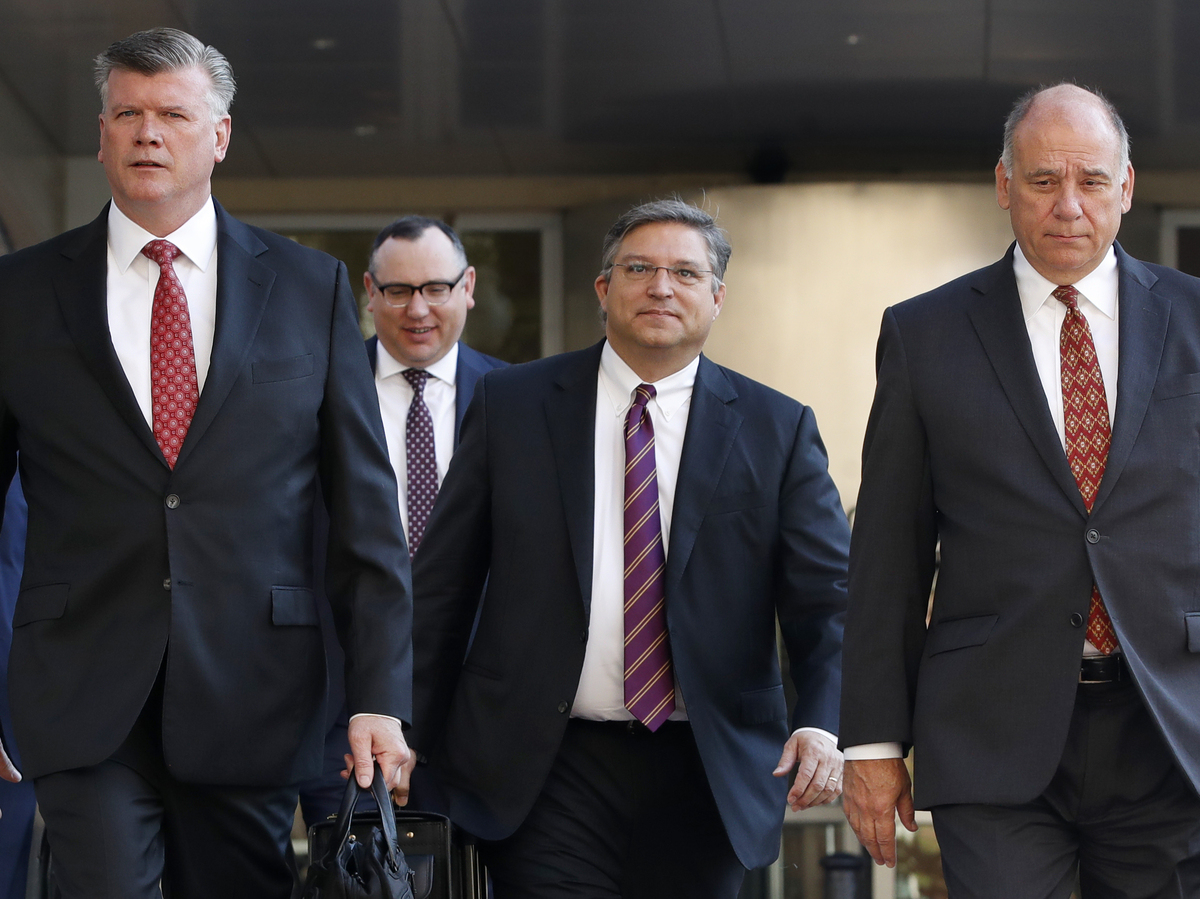 The defense team for Paul Manafort, shown here walking into federal court on Tuesday, rested without presenting any witnesses.

Paul Manafort's defense team rested on Tuesday without calling any witnesses to testify in the bank and tax fraud trial, including Manafort himself.

The move means the trial is nearing its end, as closing arguments are expected to begin on Wednesday morning.

Defense attorney Kevin Downing told Judge T.S. Ellis III about his team's decision before the court broke for lunch Tuesday and repeated it again in the afternoon to make it official in front of the jury.

When asked by the judge if he wanted to testify in the trial, Manafort replied: "No sir," in a low tone.

Manafort, a longtime political operative who served as Donald Trump's campaign chairman in 2016, has pleaded not guilty to 18 counts of bank and tax fraud.

His defense team filed a motion this week to drop the charges — a motion the judge denied on Tuesday morning.

Ellis said the defense's dispute with the criminal charges is a "jury issue" to be decided by the six men and six women who have been hearing evidence in the case.

Prosecutors spent more than 10 days in court, over three weeks, making their case to the jury. They concluded their arguments on Monday.

The government's attorneys alleged that Manafort used overseas bank accounts to hide millions of dollars from the IRS that he made from political consulting work in Ukraine.

After that income dried up, prosecutors say, Manafort turned to loans for which he qualified by lying to banks. Jurors have heard testimony that Manafort was advocating on behalf of one of his bankers with Trump's transition team, trying to help the man get a nomination to a post in the Pentagon.

Ultimately the banker did not receive a nomination or another government job.

After both sides make their closing arguments Wednesday, Ellis is expected to give the jury instructions before jurors retire to deliberate.

If convicted of all charges, Manafort could spend the rest of his life in prison.