Accessibility links
Keith Ellison Wins Primary In Minnesota, As DNC Reviews Domestic Abuse Allegations In its first statement on the allegations against Rep. Keith Ellison, the national Democratic Party says, "All allegations of domestic abuse are disturbing and should be taken seriously." 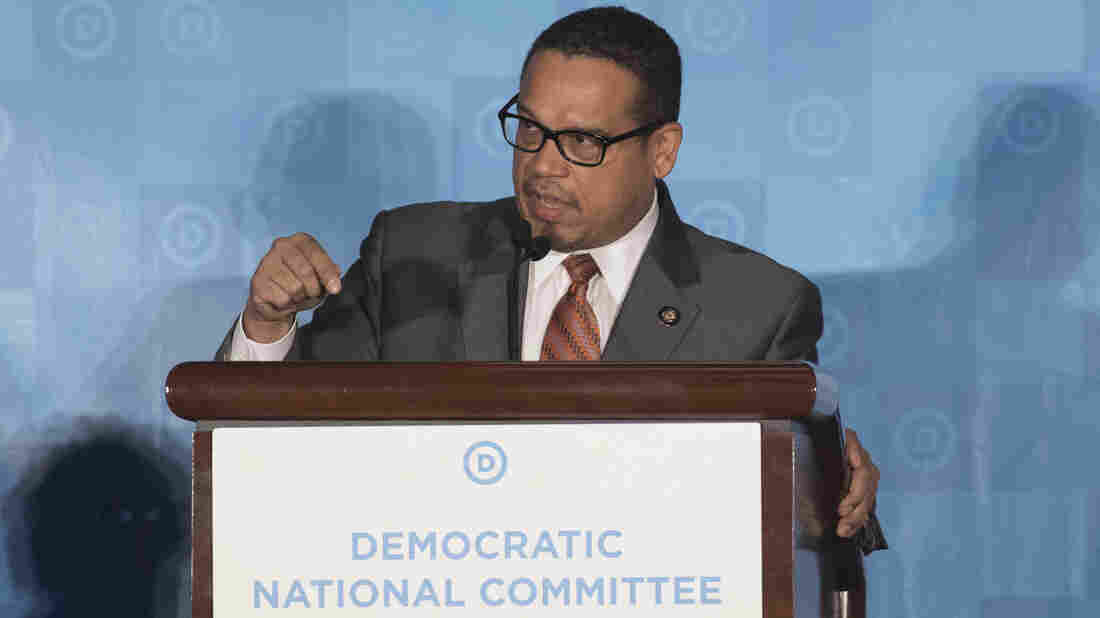 Rep. Keith Ellison, D-Minn., the deputy chair of the Democratic National Committee, is facing allegations of domestic abuse, which he denies. The DNC says it is reviewing the claims. Branden Camp/AP hide caption 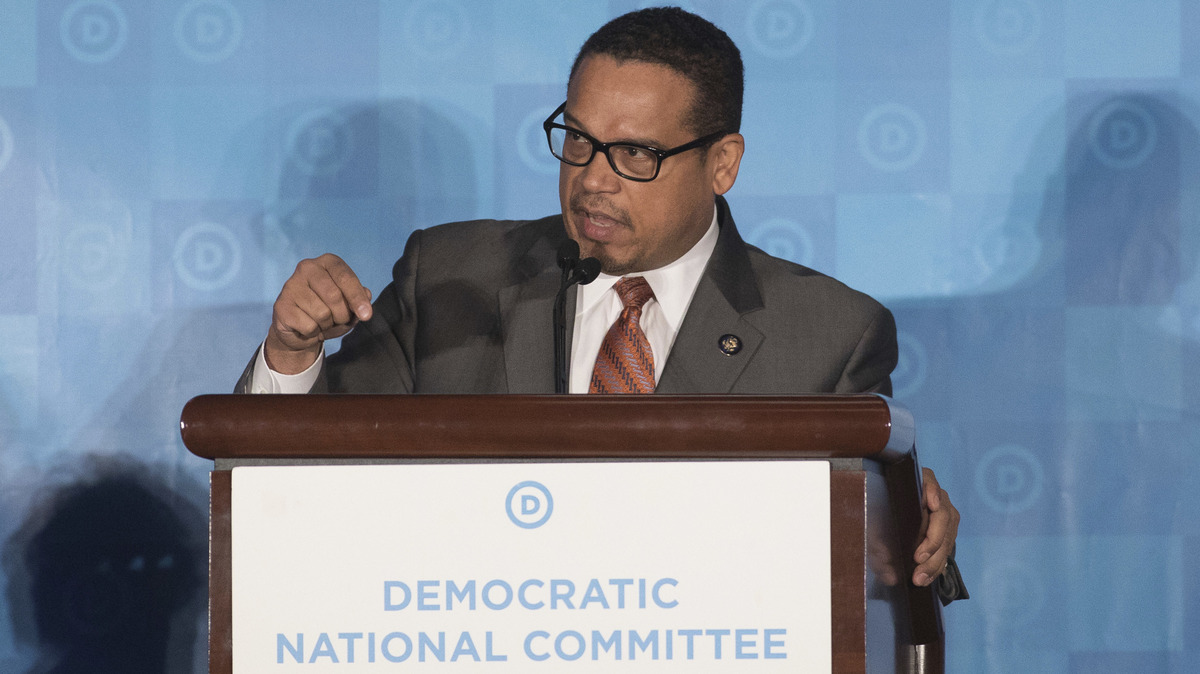 Rep. Keith Ellison, D-Minn., the deputy chair of the Democratic National Committee, is facing allegations of domestic abuse, which he denies. The DNC says it is reviewing the claims.

In its first statement on the allegations against Ellison, the DNC tells NPR:

"These allegations recently came to light and we are reviewing them. All allegations of domestic abuse are disturbing and should be taken seriously."

The statement comes three days after the son of Karen Monahan, a former Ellison girlfriend, wrote a Facebook post saying he had seen video showing Ellison dragging his mother off her bed by her feet, yelling and cursing at her to get out of his house. Ellison was on the ballot in Minnesota on Tuesday in the Democratic primary for state attorney general.

Ellison vehemently denies the allegations. He said in a statement Sunday:

"Karen and I were in a long-term relationship which ended in 2016, and I still care deeply for her well-being. This video does not exist because I never behaved in this way, and any characterization otherwise is false."

The scandal didn't appear to hurt Ellison's primary chances, as he led his nearest opponent by more than 30 percentage points. But his victory on Tuesday and his role near the top of the national party mean questions about the allegations are not likely to go away.

Monahan has, so far, declined to release the video, telling Minnesota Public Radio Monday that it is "humiliating" and "traumatizing." She tweeted, however, that everything her son said is true.

What my son said is true. Every statement he made was true.@keithellison, you know you did that to me. I have given every opportunity to get help and heal. Even now, u r willing to say my son is lying and have me continue to leak more text and info just so others will believe him

"She said she's also frustrated that people won't believe that she was assaulted unless she produces the video. 'It sets the expectation for survivors of all kinds of forms of abuse, whether it be abuse toward women, abuse from police officers, abuse from other people in power, to have to be the ones, like I'm doing right now, to show and prove their stories,' she said. 'It's feeding into that.' "

What To Watch In Tuesday's Primaries: Wisconsin, Minnesota, Connecticut And Vermont

Former DNC communications director Luis Miranda told NPR: "The party has no choice but to suspend him at a minimum until they figure out what's going on. Frankly, it would be malpractice not to. We've made it clear we're going to take these accusations seriously, at a minimum. We set too high a standard not to take this seriously."

Eight other members of Congress have either stepped down or decided not to run for re-election over sexual harassment scandals — five Republicans and three Democrats.

California Democrat Tony Cardenas is also facing an allegation of sexually assaulting a teenage girl a decade ago. Cardenas has called the allegation "categorically, 100 percent false."

Despite the allegations, Cardenas won his primary for re-election in June. House Democratic leader Nancy Pelosi, who is vying to be speaker if Democrats take back the House in the fall, called for a House Ethics Committee investigation but stopped short of calling for swifter action.

"Let's see what the Ethics Committee has to say about it," Pelosi said in May after the allegations surfaced. "I do believe that there is discretion for them to do this, so let them decide and we'll go from there."

Pelosi has not commented on Ellison. Neither has Vermont Sen. Bernie Sanders, a key Ellison ally. Ellison was installed as deputy chairman at the DNC after a strong campaign for chairman of the Democratic Party, fueled by progressives in the Sanders wing of the party.

The DNC convenes next week in Chicago for its summer meeting, where it is set to vote on reducing the role of superdelegates in voting for the party's presidential nominee in 2020.

Ellison's future could also be something that is discussed.

"Keith's role was drastically reduced because of his own schedule and running for office," a Democratic source said, "so he hasn't been as involved in DNC decisions or business in recent months."