Accessibility links
University Of Maryland Accepts Responsibility For Football Player's Death President Wallace Loh admitted at a news conference on Tuesday that the school's athletic training staff "misdiagnosed" Jordan McNair's collapse and that their failures led to his death. 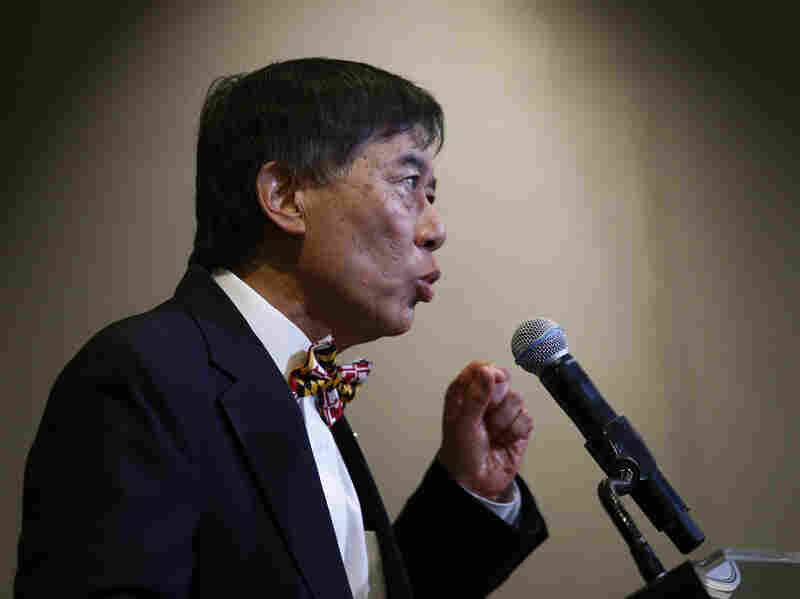 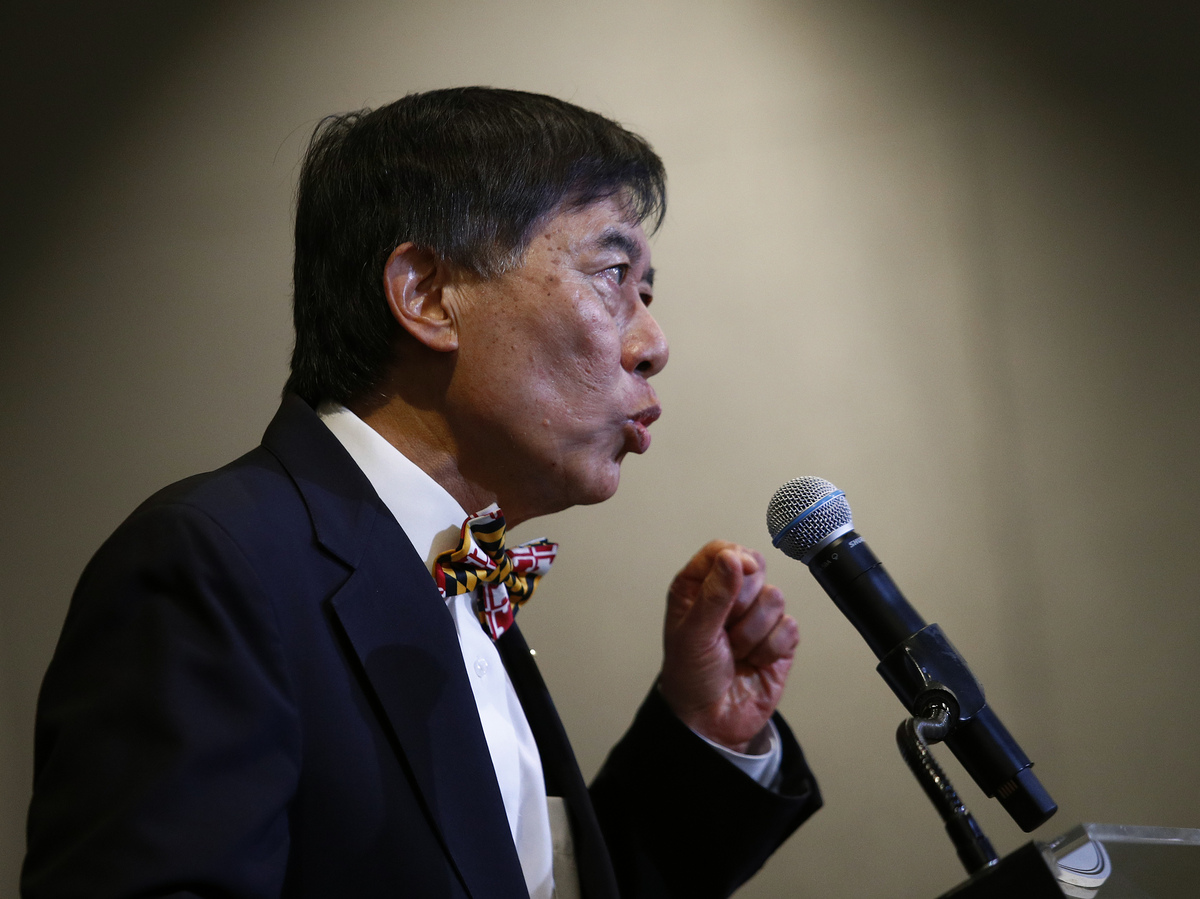 University of Maryland President Wallace Loh speaks at a news conference about the death of student athlete Jordan McNair, who collapsed at football practice and later died.

University of Maryland President Wallace Loh admitted at a news conference on Tuesday that the school's athletic training staff "misdiagnosed" the collapse of a 19-year-old football player and that their failures led to his death weeks later.

Loh said he apologized to Jordan McNair's parents in a private meeting Tuesday morning for the team's mishandling of their son's medical needs.

"I wanted them to hear it directly from me this morning — the university accepts legal and moral responsibility for the mistakes that our training staff made on that fateful workout day of May the 29th, which of course led subsequently to his death on June 13," Loh told reporters.

"The university owes you an apology. You entrusted Jordan to our care and he is never returning home again," he recalled saying to McNair's parents.

McNair, a sophomore from Randallstown, Md., died two weeks after collapsing from heatstroke during practice on May 29. He reportedly had a temperature of 106 and was hospitalized following the incident. But a McNair family attorney said the team personnel was slow to seek medical attention. According to ESPN, they waited an hour after the offensive lineman suffered a seizure before calling 911.

During the news conference, Loh said that some of school's policies and protocols "do not conform to best practices." And that ultimately the athletic training staff "basically misdiagnosed the situation."

According to the preliminary reports from an ongoing investigation launched by the university, no vital signs were taken and "other safeguards that should have been taken were not," Loh said.

Rick Court, who was reportedly leading McNair's final conditioning workout, resigned as the team's strength and conditioning coach on Monday. A day later Court tweeted out a copy of the resignation letter he said he submitted to school officials.

In it, he said, "Jordan McNair's life and death are what we must all remember to put first as we face the future: What did we learn? How will we improve? What can we do to pay tribute to Jordan's life? The gravity of the situation has deeply impacted my perspective on 'the why' I am coaching," he added, without expounding on the specifics.

Unlike Loh, he did not apologize or take blame for McNair's death.

"I intend to take this time to reflect and bring all that I have learned into new opportunities," he said in the final lines of the letter.

Yahoo Sports reported that Court reached a $315,000 settlement with the university on Tuesday. Reporter Pete Thamel tweeted the sum represents "two thirds of what he was due for the remainder of his contract." Additionally, he said, "There's no mitigation going forward. There's also a mutual release of all claims by the school and Court."

Source: Rick Court's settlement with Maryland is a lump sum of $315,000, which is two thirds of what he was due for the remainder of his contract. There's no mitigation going forward. There's also a mutual release of all claims by the school and Court.

The external investigation is expected to include a comprehensive review of the coaching culture of the football team, including allegations that it is an environment based on fear, intimidation, abuse, and constant humiliation.

"We will not tolerate any behavior from any employee within Maryland athletics that is detrimental to the mental or physical well-being of our student-athletes," Evans said.

A previous version of this story said Jordan McNair was from Randsall, Md. Actually, he was from Randallstown, Md.