Accessibility links
Los Angeles Is Deploying Body Scanners To Screen Metro Riders LA's public transit system says it is the first in the U.S. to buy passive millimeter wave scanners for Metro stations. The Transportation Security Administration has been doing tests for a year. 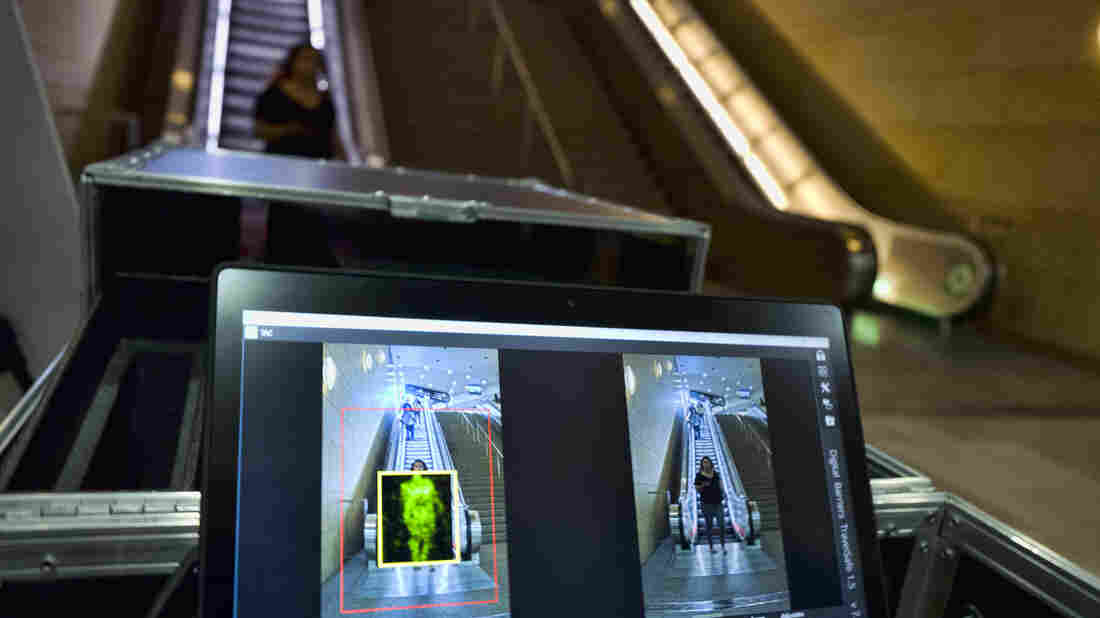 A passenger at Union Station in Los Angeles is scanned with Thruvision technology, designed to reveal suspicious objects on people, during a Transportation Security Administration demonstration on Tuesday. Richard Vogel/AP hide caption 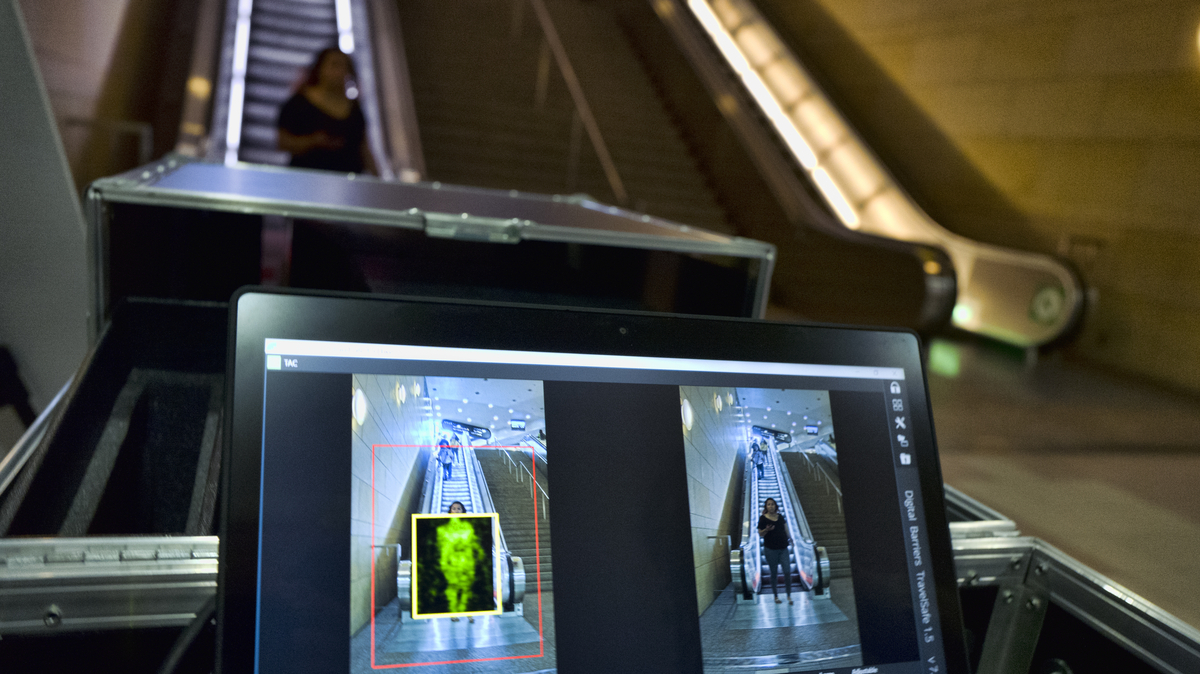 A passenger at Union Station in Los Angeles is scanned with Thruvision technology, designed to reveal suspicious objects on people, during a Transportation Security Administration demonstration on Tuesday.

Los Angeles' public transit system has announced that it is the first in the U.S. to purchase millimeter wave scanners to screen Metro riders for suspicious objects as they move through stations.

The technology "will help detect weapon and explosive device security threats on the county's transit system," the system says in a joint press release with the Transportation Security Administration on Tuesday.

A spokesman for the LA Metro tells NPR that the system has ordered several units, at approximately $100,000 each.

The portable body scanners use technology similar to the devices installed in airports to look for metal and nonmetal objects concealed in clothing. But unlike those scanners, they do not release any form of radiation; instead, they detect radiation released by riders' bodies.

They also do not require passengers to line up and pass through the system one by one. The Thruvision screening devices can monitor people as they walk through the Metro station as they normally do.

The Los Angeles County Metropolitan Transportation Authority partnered with TSA to test various screening devices before picking the Thruvision model. It is not clear precisely when the devices will be put into general use.

For public transit systems, such scanners are designed specifically to "mitigate the suicide bomber threat," says Polly Hanson, the director of security and emergency management at the American Public Transportation Association.

They can also be used in other contexts — like at a sporting venue to crack down on smuggled alcohol — but transit systems are generally using them to watch for explosive vests, she says.

Passive scanners are better suited for metro systems than walk-through scanners that you might see at airports, Hanson says, and not just because of the sheer volume of mass transit users.

The system moves much faster, for one; you can't ask people to arrive an hour early. "At an airport you're funneled through one specific location," she says. "Mass transit, there are multiple fare gates [and] some systems are barrierless ... it just currently doesn't lend itself to the kind of security that's in an airport."

Kyle Stokes, a reporter with member station KPCC, watched one of the portable passive scanners in action earlier this year, during testing:

"Most of the commuters who entered the scanner's field of vision appeared as green, amorphous blobs on the screen of a laptop — the scanner is calibrated to display the natural heat waves emitted by the human body without revealing too many intimate anatomical details.

"But several officials tested the system Tuesday morning by wearing objects under their shirts emulating an explosive device. When they entered the device's field of vision, the hidden objects showed on the scanner's screen as black masses in the center of their green-colored bodies.

"The idea, officials say, is that law enforcement officers can use these test results to identify someone who might be carrying something dangerous and then pull that person aside for further screening, said TSA spokeswoman Lorie Dankers."

Not every rider will be screened on any given day; the new devices will be placed at only a few locations in the system. Because they are portable, they can be moved around, either randomly or to respond to specific concerns.

The Los Angeles Times reports that signage will warn LA Metro riders that they are approaching an area where they are subject to screening but that opting out of the screening may require turning around and leaving the station.

The TSA has been testing various passive millimeter wave screening devices in the LA Metro for about a year.

The agency has also been testing similar devices in other public transportation systems, including the San Francisco BART and New Jersey Transit, as well as in the Amtrak sections of Penn Station in New York City and Union Station in Washington, D.C.