Accessibility links
New Zealand Bans Home Sales To Most Foreigners: 'It's Not A Right, It's A Privilege' Squeezed by high prices and low homeownership, the country's housing market has become a big concern for New Zealanders. As part of their solution, lawmakers took aim at buyers beyond their borders.

New Zealand Bans Home Sales To Most Foreigners: 'It's Not A Right, It's A Privilege'

New Zealand Bans Home Sales To Most Foreigners: 'It's Not A Right, It's A Privilege' 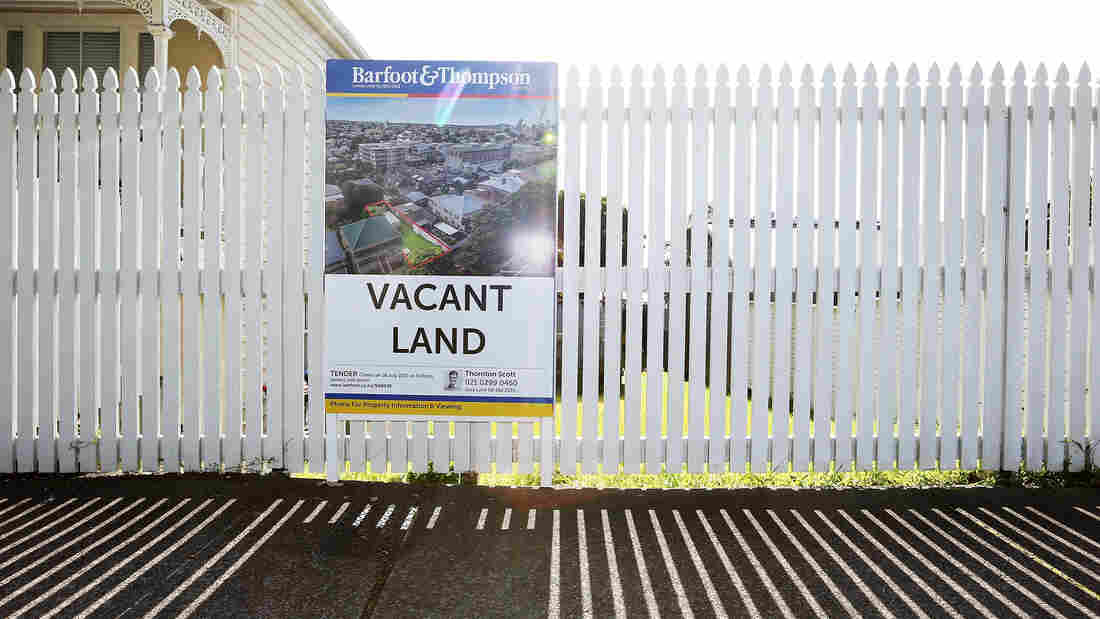 A plot of land for sale in Auckland, New Zealand, seen in 2015. At the time, the choice sliver of land — which measured just a tenth of an acre — was on sale for $840,000. Fiona Goodall/Getty Images hide caption 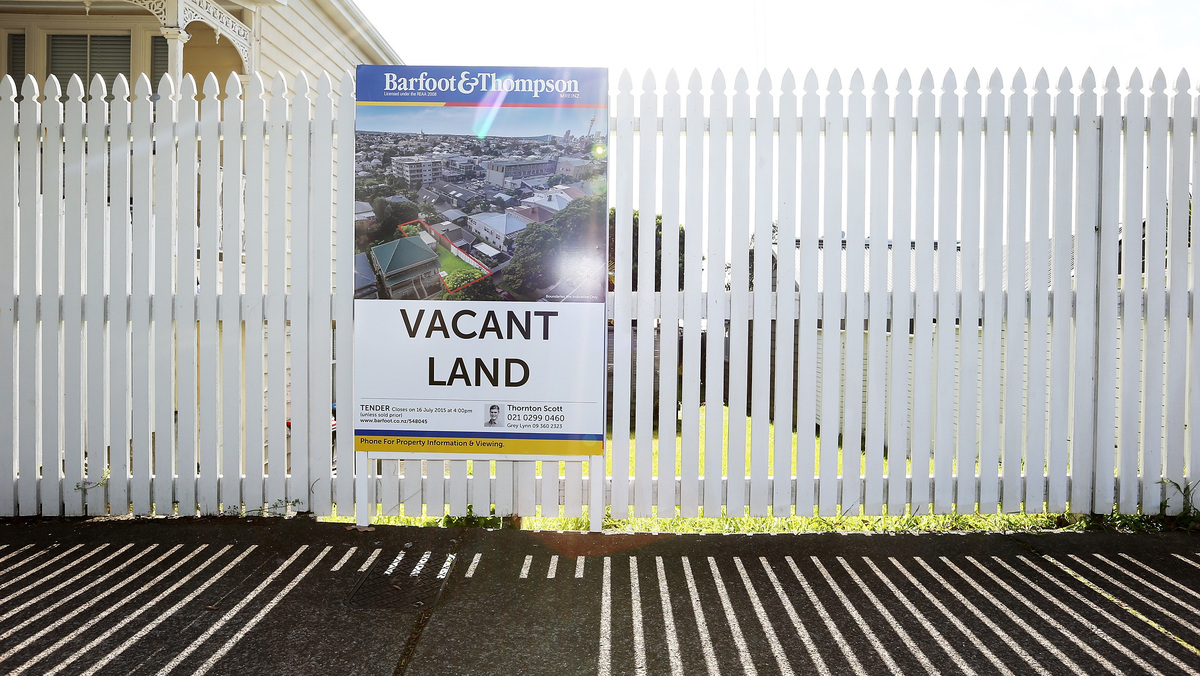 Determined to combat New Zealand's lofty housing prices, the country's lawmakers have trained their aim at a distant target: the buyers beyond their borders. By a close vote Wednesday, the Parliament passed a law banning most nonresident foreigners from purchasing existing homes or residential land.

The goal is simple, according to the bill's backers: to correct a domestic housing market that has seen prices skyrocket and homeownership plunge in the past decade. By thinning the pool of potential buyers, lawmakers hope to ease the property shortage that has been blamed for the country's bind.

In addition to foreigners with New Zealand residency, lawmakers exempted nationals from neighboring Australia and Singapore from the ban.

Nowhere has New Zealand's housing crunch been so evident as in Auckland, a city of some 1.5 million people. In a 2017 report, the Real Estate Institute of New Zealand said prices there had leapt nearly 70 percent in just five years. And earlier this year the organization estimated that if the average Auckland household wanted to buy even a relatively low-priced house, one that was cheaper than 75 percent of the city's market, the family would need to save for 16 years just to afford the down payment.

It's little wonder, then, that last year the percentage of people living in their own home hit its lowest point in some 66 years. That was nearly 10 percentage points lower than where the number stood in the early 1990s.

The issue took central stage in an election that brought the Labour-led coalition to power last year, partly on the strength of the center-left party's campaign vow to implement the ban. The party is following the lead of a growing collection of governments, including that of Australia, that have moved to bar or restrict foreign homebuyers.

Yet while the problem is widely agreed upon, the solution passed Wednesday has proved far more divisive. According to Statistics New Zealand, the government's official data agency, just about 3 percent of home transfers so far this year have involved an overseas buyer. And while residents of China constituted the largest group of known overseas buyers, the next largest group hailed from Australia — which is exempt from the ban anyway.

The Australian Broadcasting Corp. added a caveat to the statistics, noting that "the data did not capture property bought through trusts and also showed property transfers involving foreigners were highly concentrated in certain areas, such as downtown Auckland and Queenstown."

Nevertheless, the New Zealand government numbers have raised doubts about whether the ban will have any noticeable effect at all. Or, as REINZ CEO Bindi Norwell put it earlier this summer: "We don't believe that the ban will resolve any housing affordability issues given the proportion of sales to overseas buyers is so low."

And it was for this reason that the International Monetary Fund urged the country last month to reconsider its course, as well.

Judith Collins, a lawmaker with the center-right opposition, raised still another concern in her speech to Parliament on Wednesday.

"This is a bill without principle," she said. "It is a bill to try and cynically blame foreigners, particularly those with Chinese-sounding names, for a government that has no other policy in which to actually improve and increase house ownership in New Zealand."