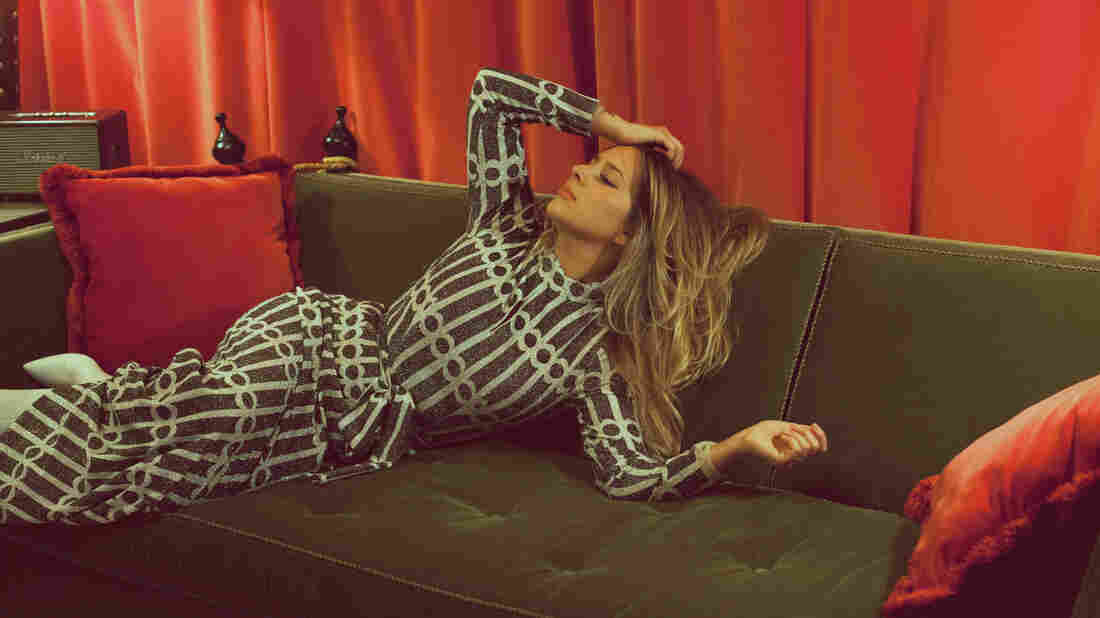 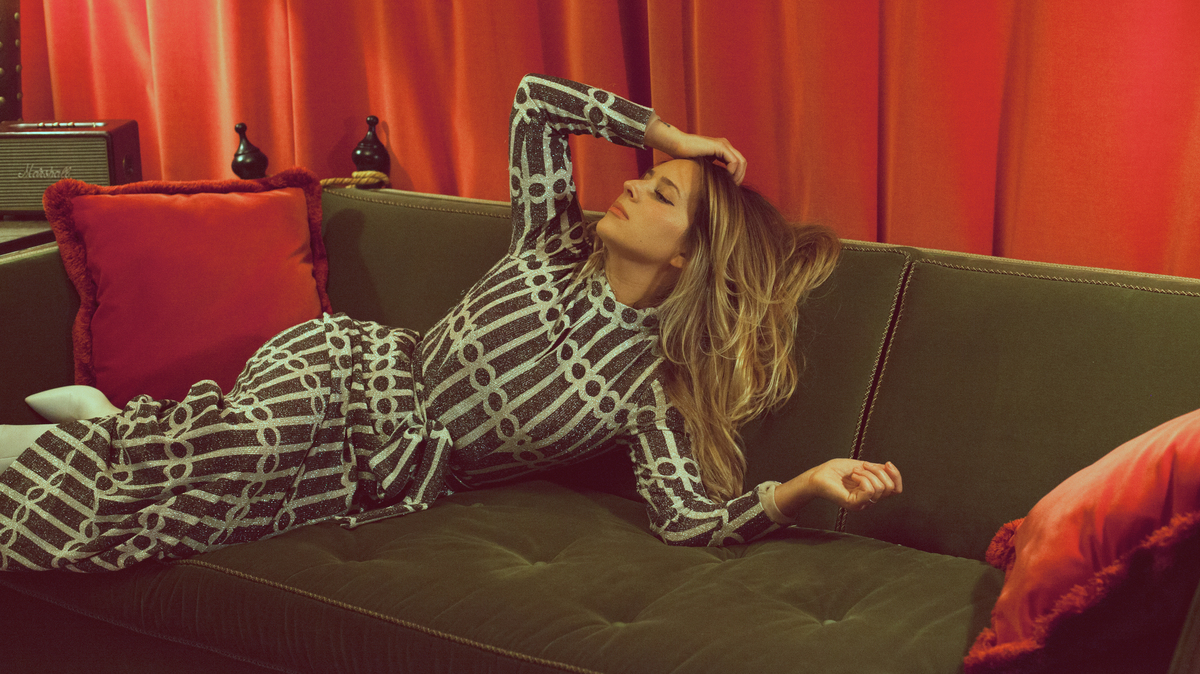 Sonya Jasinski /Courtesy of the artist

Image and fame are among pop music's chief obsessions. Artists have often chosen to take on these themes in surreal and stylized ways, even veering into performance art territory. But on her new album E.G.O., Lucie Silvas depicts the collision of self-importance and insecurity from an earthier, more conversational angle, an approach that's more in line with Carly Simon's famously casual exercise in ego deflation from the soft-rocking '70s.

Silvas began her career in the U.K. in the early 2000s, scoring modest hits as a piano-playing singer-songwriter of smolderingly sincere pop-rock confessions. Then she came to Nashville seeking a more robust co-writing community, and with her husband John Osborne (of the ascendant country duo Brothers Osborne) producing, synthesized her new surroundings into a slightly rootsier sound on her next album. The hard-touring Osborne is part of the supporting cast on E.G.O., but Silvas enlisted her fellow Brit, writer-producer-instrumentalist Jon Green — who's worked on recent projects by James Bay, Kylie Minogue, 5 Seconds of Summer and Paloma Faith — to handle the production and incorporate crescendoing pop orchestration. 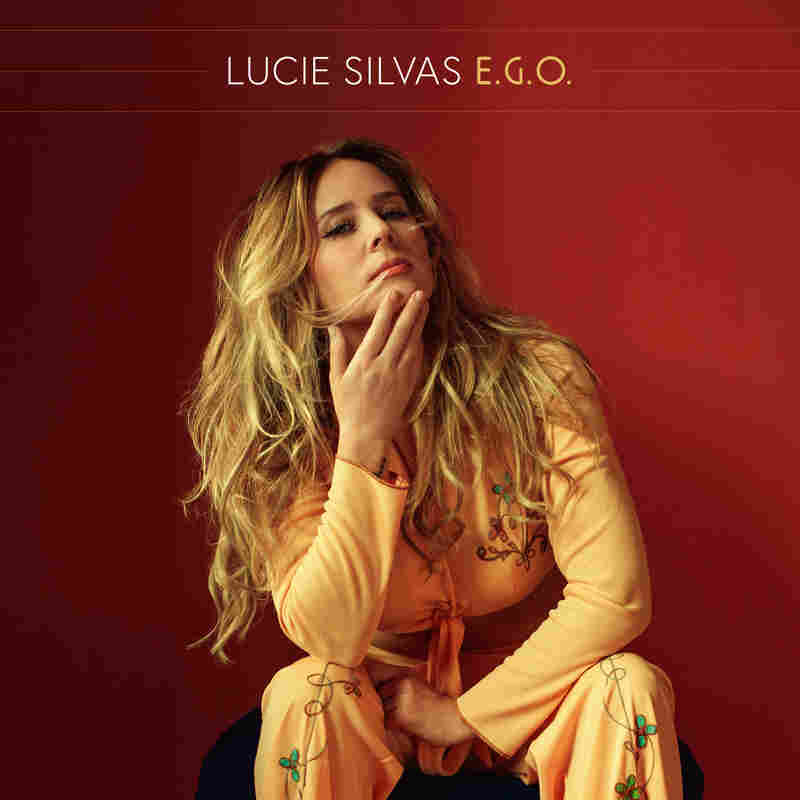 The brassy, strutting title track is Silvas' big, narcissism-exaggerating, pose-striking moment. "I don't get hungry 'cause I'm always full of myself," she boasts with needling swagger, before an abrupt shrug of self-awareness: "It sounds so ugly." Then she's back to playing up the absurdity of people serving as mirrors for each other's vanity: "I'm the greatest; you're the greatest."

Mostly, though, Silvas is interested in the impulses lurking beneath the spectacle. In "Black Jeans" and "Girls from California," both of which suspend temperate touches of Laurel Canyon-style psychedelia in a sublime, cinematic haze, she depicts the numbed self-preservation required for a woman to pursue desirability in the eyes of industry decision-makers and fantasy-chasing men. "Not just another cool kid trying just to catch your eye," she scolds in the former song, her voice husky and deliberately coolheaded. "I don't feel like myself in something somebody else designed." In the latter, she scoffs at the unattainable standards she's up against: "He only wants those girls from California / Beach blanket dolls that will carry his heart away / Blue eyes, gold in their hair / Sun on their skin like it's always been there." In the soul-accented number "Smoking Your Weed," the delusion is reversed. With eye-rolling wit, she tries to talk sense into a guy who thinks he's found some sort of "Manic Pixie Dream Girl," but is, in reality, being played by a woman who just wants to share in his herb supply. "All you are to her is a hit and run," Silvas insists, repeating the zinger for emphasis.

Elsewhere she zeroes in on self-sabotaging patterns. In the blistering, bleary-eyed rocker "First Rate Heartbreak," she inhabits the role of someone who craves the excitement and intensity of tumultuous romance. During the sparkly jangle-pop song "My Old Habits," she catalogs her post-breakup coping mechanisms with low-key disgust. But she devotes equal space to musings on human malleability — in the string-swathed "Just For the Record," a former lover's valiant yet chastened attempt to persuade her ex that their relationship wasn't a sham, and in "Change My Mind," a modern torch ballad that swells into gospelly optimism. "'Til somebody says I love you and the earth cracks where you're standing, and you find all the answers to the questions you've been asking" she sings, her reverb-bathed vocals buoyed by a reverent choir. Then the chorus's comely melody takes a wistful turn. "I don't know if that exists for me, but I'll keep looking 'til I find somebody to come and change my mind." Silvas' performance projects a dreamy, if hesitant, openness to romantic possibility, but her album is the work of an assured artist fulfilling the potential of her grounded pop craft.