Accessibility links
Candi Staton's 'Unstoppable' Talks The Real Talk The Southern soul survivor has made an album about strength: a holistic shot in the arm to help you find the fortitude to fight. 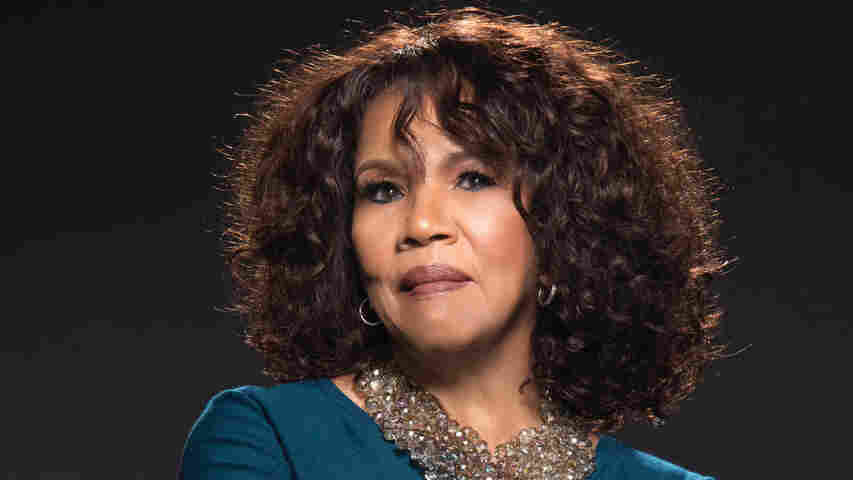 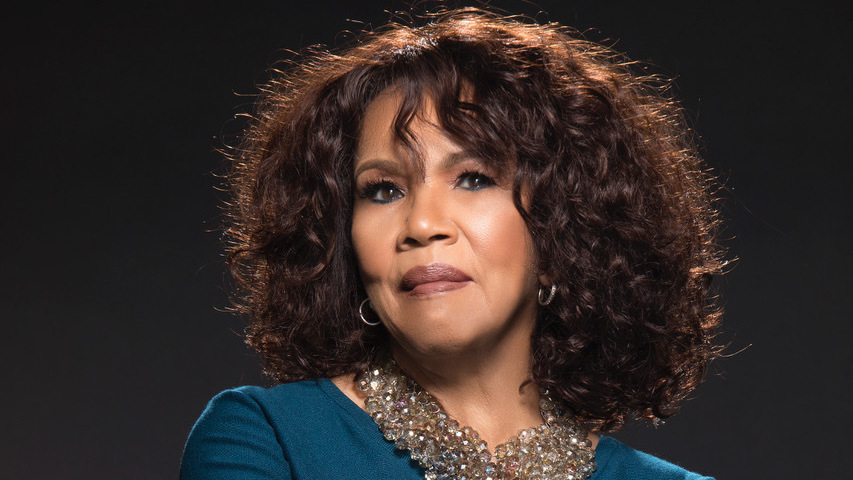 Drea Nicole Photography/Courtesy of the artist

When Candi Staton first auditioned the drummer for Unstoppable, her 30th studio album, he had not, let's say, fully matured as an artist.

"He would get a spoon and a knife and he would just sit in the middle of the floor and beat my pots and pans to death," Staton tells NPR Music. "And I said, 'Oh my god, this ain't gonna work.' I ended up getting him a little $200 drum set, and he was so hard, he tore that up. I'm like, 'You know what? This boy looks like he's serious. So I went and bought him a real set.'"

Marcus Williams, who was about nine when he started threatening the cookware, grew up to play drums with acts like Isaac Hayes, the Pointer Sisters and the Temptations, as well as – locked in the pocket with his brother, Marcel, on bass – with his mom, Candi Staton, the gospel-soul vocal powerhouse whose career is now in its seventh decade. 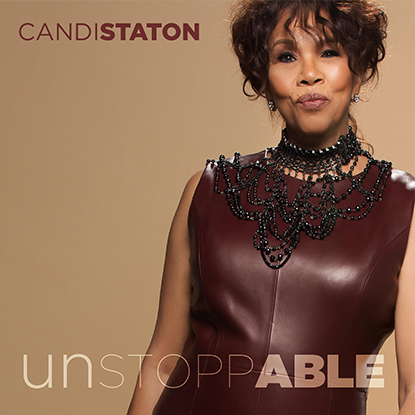 Candi Staton grew up in North Alabama, in a family where faith was important. Her earliest musical memories, she said, were learning old hymns from her mother – "She would be the loudest in church, and we would get embarrassed," she says – and listening to her father sing popular gospel, like the Davis Sisters' "Surely God Is Able," around the house.

"It was just something, a gift, that was given to us as children," she says. At home, they just sang for pleasure and worship. Staton was the one who, before even crossing into her teens, took it to a professional level, touring and recording in gospel groups with her classmates from Christian school alongside acts like Sam Cooke's Soul Stirrers, the Staple Singers and Mahalia Jackson.

But there were also musical influences and creative partners who felt as significant as family, over the years, and a few of them have a presence on Unstoppable alongside Staton's sons. One is soul bluesman Tyrone Davis, whose big, warm, horn-buoyed ballad "Can I Change My Mind" Staton inhabits beautifully on Unstoppable.

"He was like a big brother to me," she says of her old friend, who died in 2005. "I was so green when I first came out in '68, '69. I didn't know anything about the music industry. He saw people take advantage of me, money-wise and everything else, so he kind of just took over. He would call me in his dressing room, and he would let me know, 'Now, you don't do this, and you don't do that,' and 'You don't say this, and this is how you act.' He would just give me pointers and let me know what was going on wrong."

Soon she met another figure who'd loom large in her sound: the mustachioed man from Muscle Shoals, FAME Records' Rick Hall. Hall guided Staton as she moved from sacred to secular music in the early '70s, crafting hits that retained the swelling, joyous vitality of praise music in the raw grit and groove of Southern soul. Hall and Staton reconnected after decades just recently; her last album before Unstoppable, 2014's Life Happens, was his last production before his death in early 2018.

Candi Staton: This Album Is 'An Anthology Of My Life'

Unstoppable, produced by Lambchop's Mark Nevers, delivers the kind of forthright confidence and soul-girding power that can only be summoned by a grown woman who has learned a thing or two. And Staton has lived many lives. Creatively, the quadruple Grammy nominee and Christian Music Hall of Famer has moved between soul and R&B, gospel, disco and even EDM before returning again to her roots as an elder stateswoman. (On Life Happens, she collaborated with next-generation Muscle Shoals talents Jason Isbell and John Paul White.) Personally, she's come out the other side of daunting trauma, working with fellow survivors of domestic violence through her nonprofit organization, A Veil of Silence. And as an American, she's seen her country take both breathtaking strides forward in terms of equality – and experience disturbing division and uncertainty.

So it makes sense that, in 2018, the Southern soul survivor has made an album about strength: a holistic shot in the arm to help you find the fortitude to fight. The muscular, high-energy Unstoppable talks real talk about coming through the other side of heartbreak and embracing self-love, as on the simmering, funky pep talk "The Prize is Not Worth The Pain" and the slinky "Confidence," with its growling, affirmative chorus, trippy echoes and throwback groovy synthesizers.

Other cuts are strident exhortations to beat back the bad that comes from the outside, not from within. Covers of Patti Smith's "People Have the Power" and Nick Lowe's "(What's So Funny 'Bout) Peace, Love and Understanding" feel imbued with shiver-inducing spiritual force, enough to propel a listener to the protest march or the voting booth. Originals, like "Revolution of Change" and "Stand Up" – "If you don't stand for something, you will fall for anything," she warns – feel like kin to the soul and gospel anthems of an earlier era, one she remembers well.

"We're living at a time right now where it's important that music has a lot of influence," she says. "We're living in these days that we don't know what tomorrow's gonna bring. We have to get out, and we have to make a difference. People do have the power. We can change things with our votes. If you don't like what's going on, don't stay home."