Accessibility links
Colorado Baker Sues State, After Refusing To Make Cake For Transgender Woman Jack Phillips, who prevailed in a Supreme Court case about his refusal to make a wedding cake for a same-sex couple, is suing Colorado in a case involving a cake celebrating gender transition. 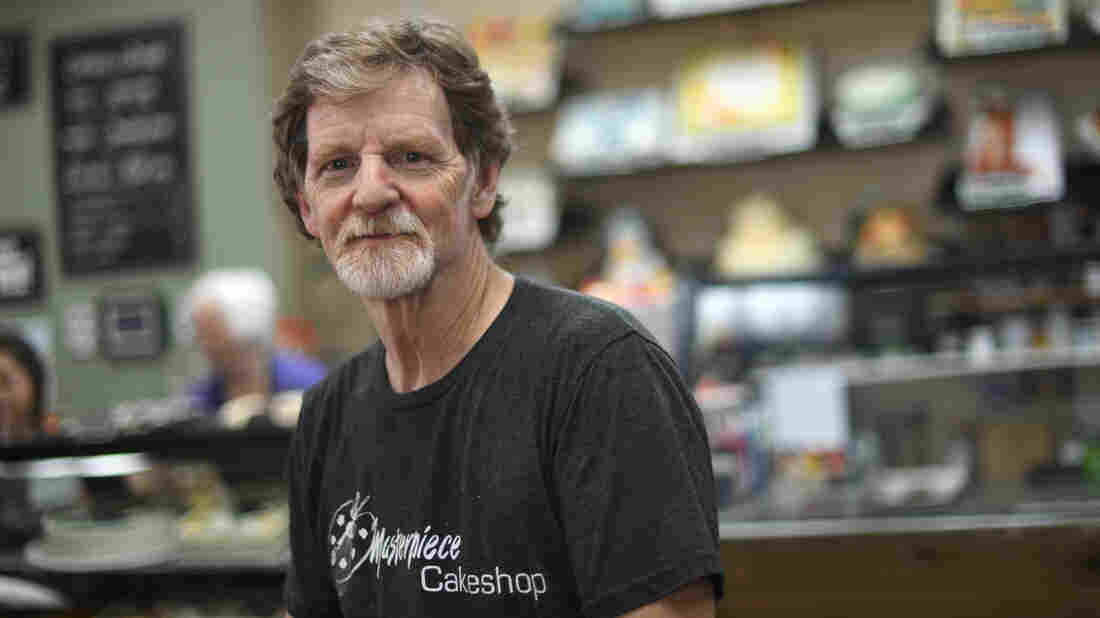 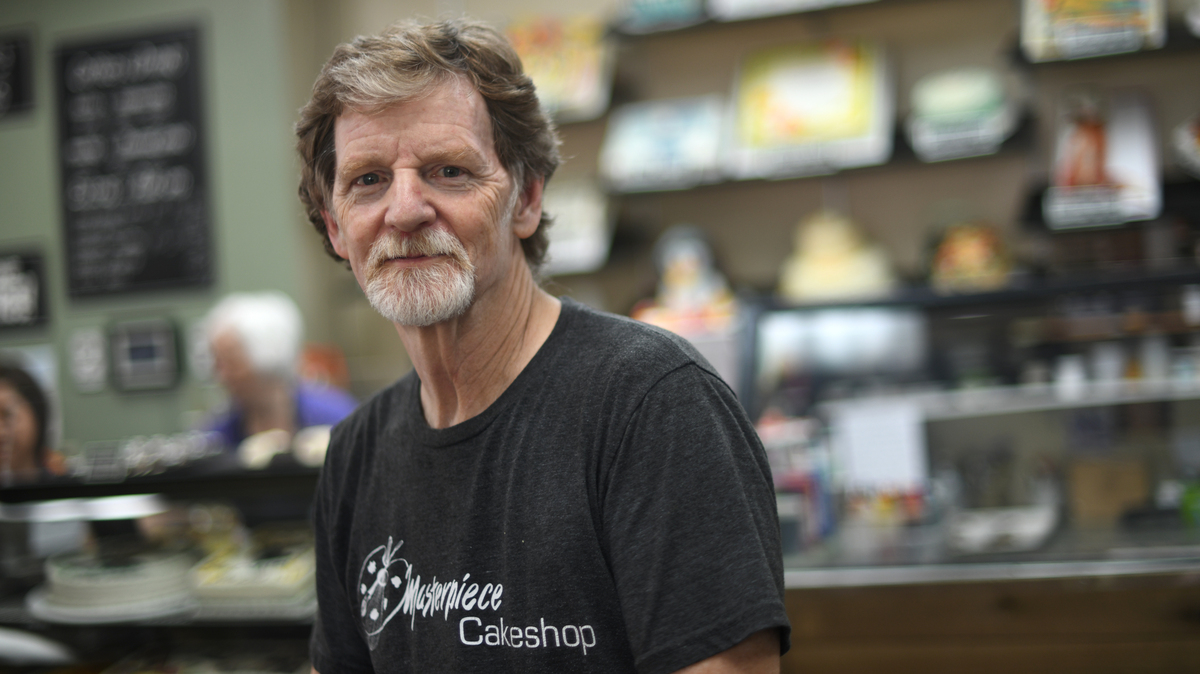 Attorneys for Jack Phillips, who owns Masterpiece Cakeshop in Lakewood, Colo., said Wednesday that the state is "continuing to single out Jack for punishment and to exhibit hostility toward his religious beliefs."

The case involves an incident from June 2017, when lawyer Autumn Scardina said she asked for a cake with a pink interior and blue exterior to celebrate the anniversary of transitioning from male to female. "The woman on the phone told me they do not make cakes celebrating gender changes," Scardina wrote in a complaint to Colorado's Division of Civil Rights.

"That's a cake I can't create for anybody," Phillips told Colorado Public Radio.

On June 28 of this year, Colorado regulators said there was "sufficient evidence" to support Scardina's claim of discrimination based on her transgender status and ordered the two sides to "compulsory mediation."

"I know the Bible says that God created male and female and that we don't get to choose that, and we don't get to change that," Phillips told CPR. "And I don't feel like the government has a right to compel me to participate in creating a cake that promotes that message."

Phillips is asking the court for permanent injunctions against the state from enforcing Colorado anti-discrimination laws against him as well as $100,000 in punitive damages.

Phillips prevailed in the Supreme Court earlier this year in a case that began in 2012 when a same-sex couple asked him to create a cake for their wedding.

"But the 7-to-2 decision was on the narrowest of grounds," NPR's Nina Totenberg reported, "and left unresolved whether business owners have a free speech right to refuse to sell goods and services to same-sex couples."

Colorado Gov. John Hickenlooper, who is named as a defendant in the new lawsuit, said he expects the issue to return to the Supreme Court, according to The Denver Post.

Daniel Ramos of the LGBTQ advocacy group One Colorado responded to the news in a statement: "All people – including LGBTQ people – deserve to be served equally in public spaces, & no religious belief gives anyone the right to pick & choose whom they serve & what laws they want to follow."

An earlier headline on this story incorrectly implied that Colorado baker Jack Phillips had previously sued the state in a discrimination case that made its way to the U.S. Supreme Court. In fact, that case was the result of a complaint filed against him with the Colorado Civil Rights Commission.