Accessibility links
Pope Francis Expresses 'Shame And Sorrow' Over Pennsylvania Abuse Allegations After days of silence and a barrage of criticism for failing to address the most recent priest sex abuse scandal, the Vatican speaks: "The Holy See condemns unequivocally the sexual abuse of minors." 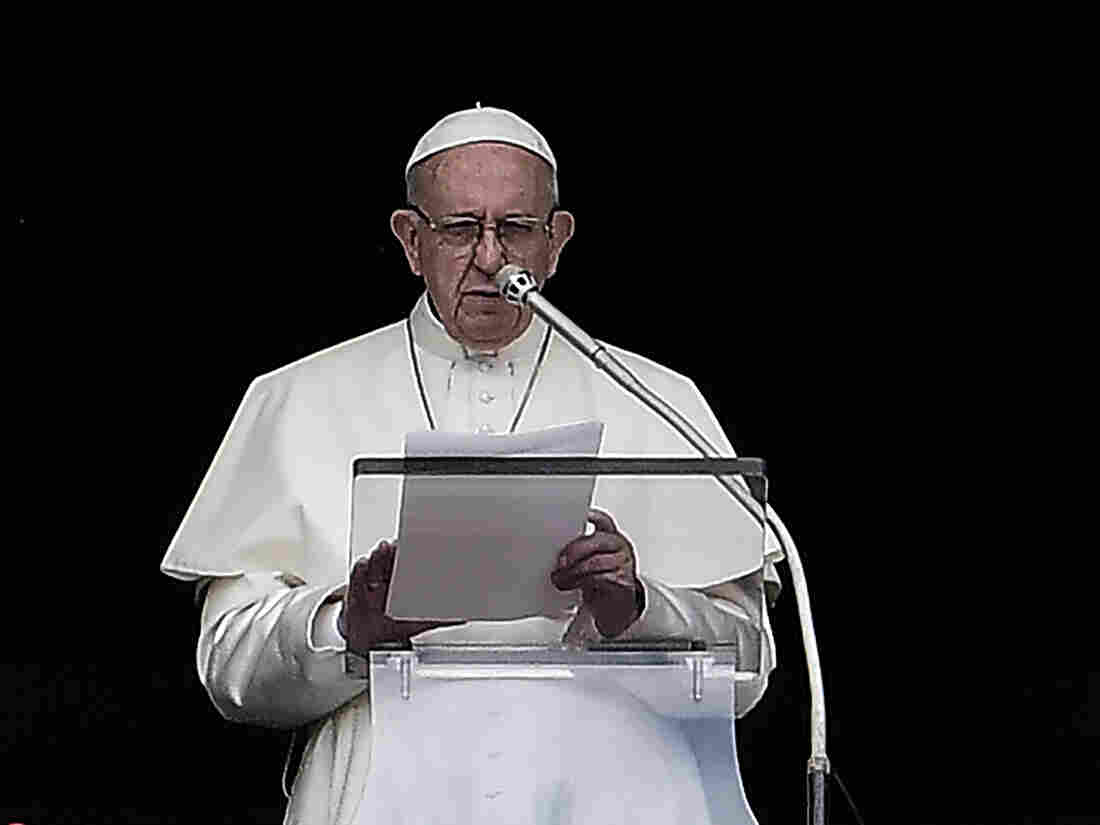 Pope Francis reads from the window of his studio overlooking St. Peter's Square at the Vatican on Wednesday. On Thursday, the Vatican responded to the latest report of clergy abuse in the United States. Filippo Monteforte /AFP/Getty Images hide caption 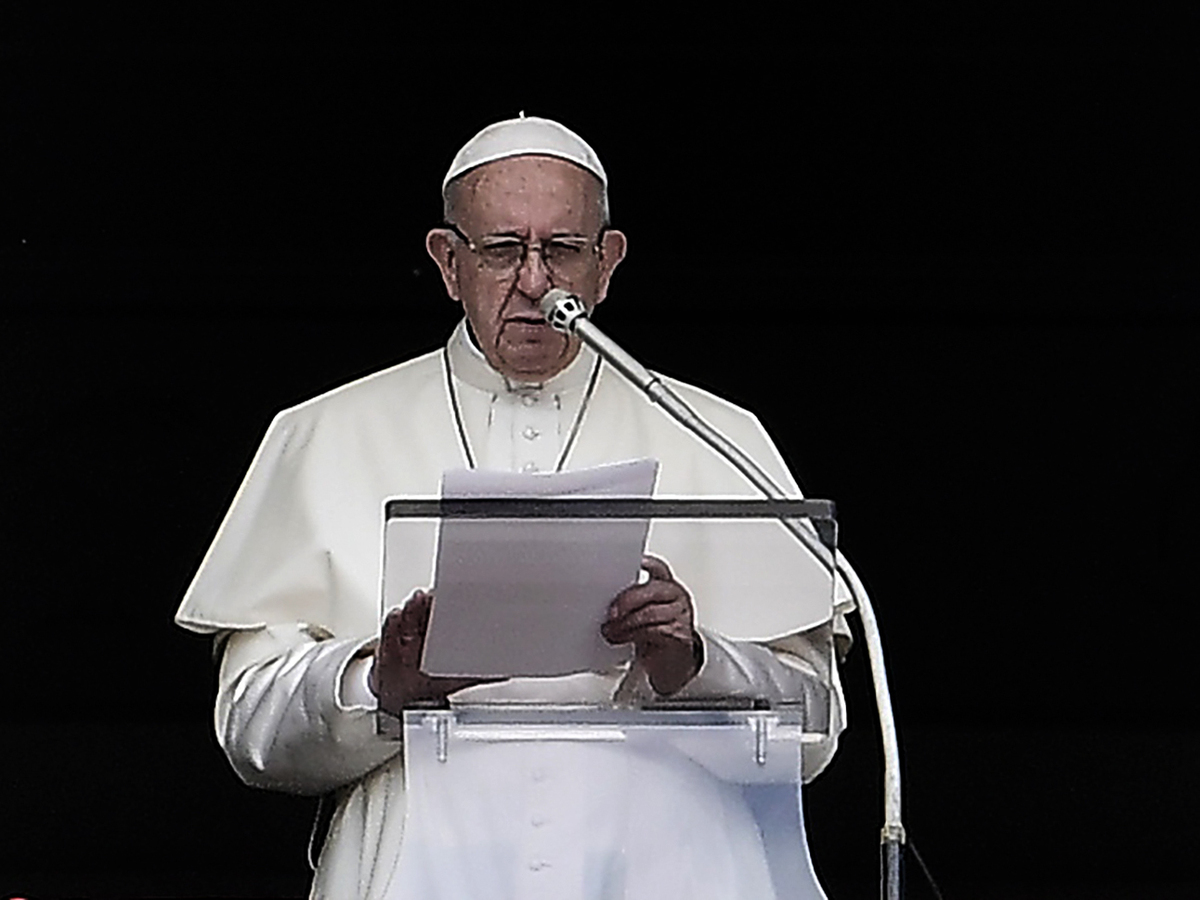 Pope Francis reads from the window of his studio overlooking St. Peter's Square at the Vatican on Wednesday. On Thursday, the Vatican responded to the latest report of clergy abuse in the United States.

After two days of silence and a barrage of criticism for failing to address the latest clergy sex abuse scandal in the United States, Pope Francis has spoken.

"The Holy See condemns unequivocally the sexual abuse of minors," said a statement issued by the Vatican on Thursday.

"Regarding the report made public in Pennsylvania this week, there are two words that can express the feelings faced with these horrible crimes: shame and sorrow," Vatican spokesman Greg Burke wrote.

The Pennsylvania grand jury report released on Tuesday consists of 884 pages, not including exhibits, of allegations that 301 clergy members throughout the state had been accused of sexually abusing a total of more than 1,000 minors over the past 70 years.

"The abuses described in the report are criminal and morally reprehensible," Burke said, adding, "The Church must learn hard lessons from its past, and there should be accountability for both abusers and those who permitted abuse to occur."

The Vatican noted the majority of abuses graphically detailed in the report occurred "before the early 2000s," predating a series of reforms enacted throughout the church after reporting from The Boston Globe revealed decades of abuse allegations by priests and systematic cover-ups by high-ranking clergy.

"By finding almost no cases after 2002, the Grand Jury's conclusions are consistent with previous studies showing that Catholic Church reforms in the United States drastically reduced the incidence of clergy child abuse," the statement said.

As NPR's 1A reported:

"In the United States, the report follows the resignation of the former archbishop of Washington, D.C., Theodore McCarrick, after allegations that he sexually [abused] adults and minors for decades. Cardinal McCarrick, 88, is the first cardinal in the church's hierarchy to resign over sex abuse allegations."

Similar clerical sex abuse scandals have emerged in Europe, Australia and, most recently, Chile, severely undermining the moral authority and credibility of the Catholic Church.

The statement sought to assure victims that Francis "is on their side" and vowed to "root out this tragic horror."