Accessibility links
Omarosa Manigault Newman Releases Tape Of Trump Campaign Offer To 'Buy My Silence' The recording is of a conversation between the former administration staffer, who is promoting a tell-all book about her time in the White House, and President Trump's daughter-in-law Lara Trump. 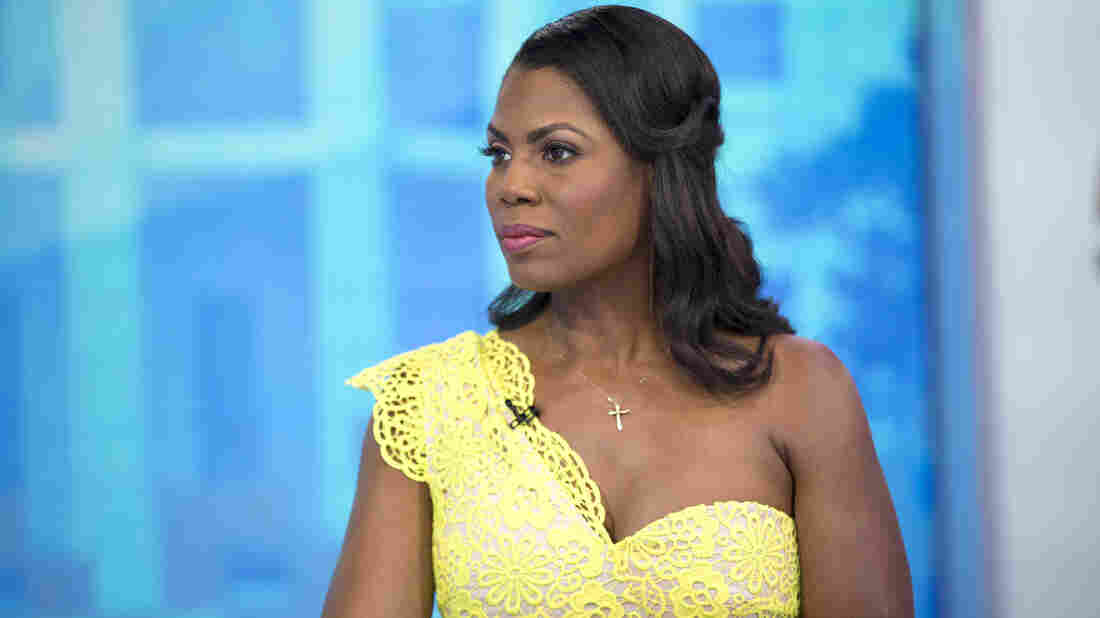 Omarosa Manigault Newman, who appeared on NBC on Monday, released excerpts of a tape on Thursday that she said involved an offer of a Trump campaign job in return for her silence. Zach Pagano/NBCU Photo Bank via Getty Images hide caption 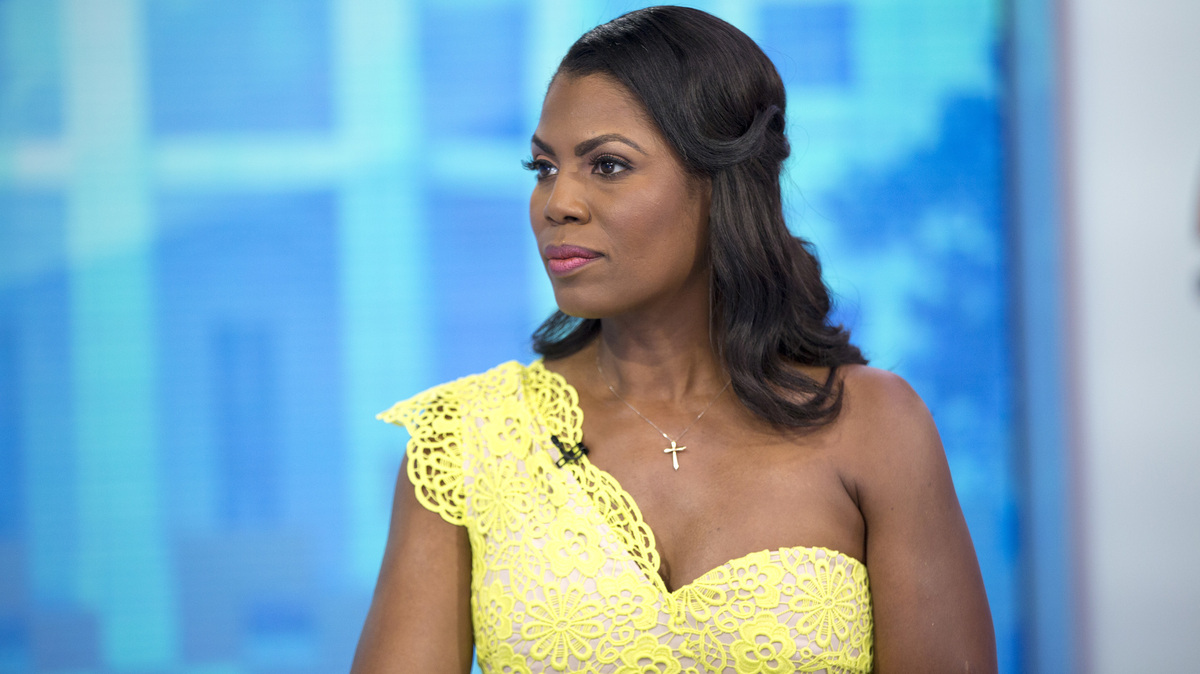 Omarosa Manigault Newman, who appeared on NBC on Monday, released excerpts of a tape on Thursday that she said involved an offer of a Trump campaign job in return for her silence.

Former Trump White House staffer Omarosa Manigault Newman released excerpts of a recording on Thursday that she said corroborated her claim of being offered a job paying $15,000 a month in exchange for staying quiet about her time in the administration.

Excerpts of a secret phone recording between Manigault Newman and President Trump's daughter-in-law Lara Trump aired on MSNBC on Thursday.

"It sounds a little like, obviously, that there are some things you've got in the back pocket to pull out," Trump says in the recording. Trump later says, "I think we can work something out where we keep you right along those lines" of what Trump said was Manigault Newman's White House salary of $179,000. Trump says, "We were talking about, like, 15K a month," or $180,000 a year. In the tape, Trump says the money would come from campaign donors.

"I saw this as an attempt to buy my silence," Manigault Newman, who is promoting her new book, Unhinged: An Insider's Account of the Trump White House, told the network Thursday.

She told NPR last week that she had heard Donald Trump using the "N-word" on tape and that he may have dementia.

"I am not going anywhere. I'm not going to be bullied. I'm not intimidated. And I'm going to go toe-to-toe with him," Manigault Newman said on MSNBC on Thursday. "Everything he throws at me — believe me, my tapes are much better than theirs." She said she would release more tapes "if I need to. I'll do what I have to do to protect myself."

Omarosa on her recorded conversation with Lara Trump:

“I saw this as an attempt to buy my silence, to censor me, and to pay me off." https://t.co/lSr6791AGC pic.twitter.com/x6jg0RxXUS

Manigault Newman has released other secretly recorded tapes, including one of her firing by chief of staff John Kelly in December. The White House initially said she was resigning "to pursue other opportunities." In her book, Manigault Newman says Kelly fired her for "integrity violations."

NBC reports that Manigault Newman says the newest recording was made on Dec. 16, 2017, a few days after her leaving the White House.

In a statement, Lara Trump, who is married to Eric Trump, said her "entire family was concerned" about Manigault Newman after her firing.

"We still wanted her on our team because we cared so much about her personally," Trump said in the statement. "That's why I reached out to offer her a position with the 2020 Trump Campaign before we knew anything about the gross violations of ethics and integrity during her White House tenure."

Trump adds that she is "absolutely shocked and saddened by her betrayal and violation on a deeply personal level."

NBC says Manigault Newman allowed the network to broadcast four excerpts of a longer conversation, but says its staff have heard the full tape and "the clips are in context."

On Tuesday, the president's re-election campaign filed an arbitration complaint, accusing Manigault Newman of violating a confidentiality agreement from 2016.

Manigault Newman gained fame appearing with Trump on his reality TV show The Apprentice. She worked in the White House as "assistant to the president," though NPR's Brian Naylor noted when she left late last year, "what her job actually entailed was less than clear."