Accessibility links
Florida Gov. Rick Scott Has Convoluted Ties To Rail Company Whose Project He Supports In 2011, Scott rejected a federally funded rail project; now he supports a privately funded one. He and his wife invested millions with an investment firm that owns the company behind the proposal. 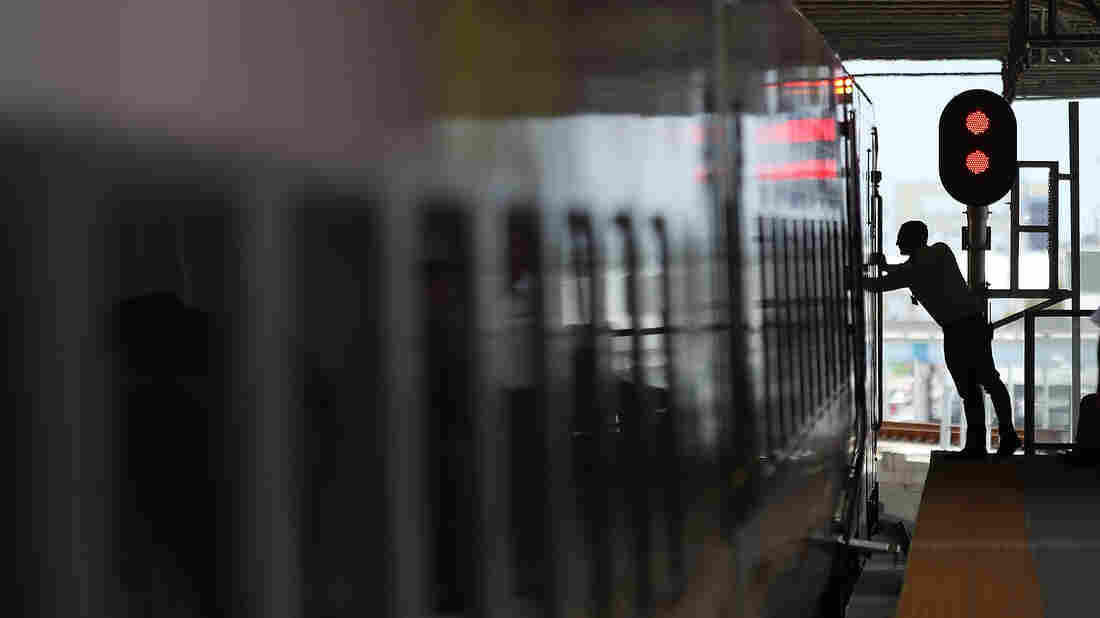 The company behind a privately funded passenger train line in Florida has proposed a route that would connect Orlando and Tampa. Joe Raedle/Getty Images hide caption 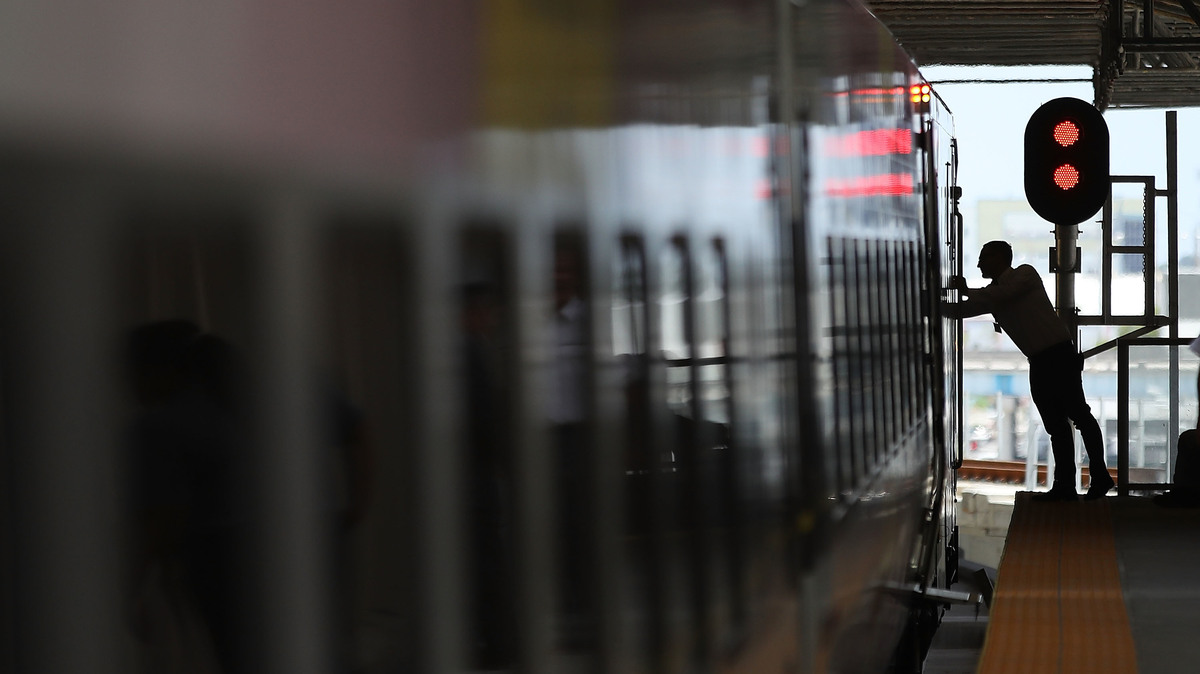 The company behind a privately funded passenger train line in Florida has proposed a route that would connect Orlando and Tampa.

Scott now supports the idea of a similar train route — fueled by private investment instead. And the governor and his wife have invested millions of dollars with a company that stands to profit off such a project, as first reported by the Miami Herald.

The Scotts' investment is not directly tied to the rail project, and a spokeswoman for Scott says he would not personally profit from the proposal's success.

Scott is running for the U.S. Senate. That campaign required him to release the financial disclosures the Herald relied on in its reporting.

Millions invested in a Fortress fund

The Scotts are multimillionaires. Much of their fortune is controlled by Ann Scott; the funds in Rick Scott's name are held in a blind trust.

More than $3 million of the couple's wealth is invested in a credit fund for Fortress Investment Group, most of it via trusts held by Ann Scott. Fortress owns the train company that has proposed building a line from Orlando to Tampa.

To be more precise: Fortress owns Florida East Coast Industries, which owns All Aboard Florida, which operates a train project called Brightline. On its website, Fortress is featuring the launch of Brightline as one of its "investment highlights."

Brightline says it is "the only privately owned, operated and maintained passenger rail system in the United States." The line currently runs between Miami and West Palm Beach, and the company is building an extension to Orlando. This spring, Brightline made an unsolicited proposal for a rail service between Orlando and Tampa.

A spokeswoman for Scott's Senate campaign emphasized that the Scotts invested in "an unrelated debt-financing fund" operated by a separate division of Fortress.

"As such, the success or failure of All Aboard Florida or any rail project within the State of Florida will have no effect on this investment," Lauren Schenone told NPR via email.

Fortress Investment Group managing director Gordon E. Runté told the Herald that the fund the Scotts have invested in "is not providing financing for unrelated projects, including Brightline."

Scott's federal financial disclosure forms reveal that his blind trust has more than $500,000 invested in a Fortress Secured Lending Fund, while his wife has more than $2.5 million invested.

The actual amount could be far higher; two of the investments are identified simply as being more than $1 million. The Scotts earned more than $165,000 in income from those investments.

Between their various trusts, the couple has hundreds of lucrative investments; Scott's financial disclosure form is 125 pages long.

Asked about the Herald's report at a press conference in Jacksonville, Fla., on Friday, Gov. Scott emphasized that he does not control his own assets.

"When I got elected back in 2010, I put my assets in a blind trust so I wouldn't have any conflicts," he said. "I went and put myself in a position that I didn't know what I had investments in, I didn't make investments, I didn't buy assets, I didn't sell assets ... I don't know what's in those investments."

He did not address his wife's investments. Asked by NPR about Ann Scott's investments, Schenone said that the first lady of Florida is not an elected official.

Other ties to All Aboard Florida

The Miami Herald also notes that All Aboard Florida, the company that operates Brightline, donated more than $188,000 to Scott's campaign in 2010 and another $25,000 to his inauguration.

In 2014, when Scott backed an airport train depot project that would be a boost to All Aboard Florida, The Associated Press reported that Scott had a personal — or rather, a personnel — tie to the company.

The governor's then-chief of staff had previously been employed by a subsidiary of Florida East Coast Industries, the parent company of All Aboard Florida.

The AP acquired text messages that showed he discussed the rail project with a Scott aide while he was still employed by that affiliated company.

When Scott killed the Tampa-Orlando high-speed rail project in 2011, he turned down $2.4 billion in federal funds. He has maintained there is no inconsistency in his support for a private train line now and his rejection of a federally funded plan seven years ago.

The original proposal was "horrible for our state the way it was set up," Scott said in Jacksonville on Friday. "California took the money, Connecticut took the money ... there's delays, it cost more than what they thought, those projects are not getting done."

The project did not call for any Florida funds to be spent, but Scott expressed concern that it could put the state on the hook for expenses in the future. He also said the project "offers far too little long-term benefit."

The federally funded train project had bipartisan support in Florida, Time magazine reported in 2011. But there were questions about how much demand there would be for a train running between Orlando and Tampa — aside from tourists looking to visit Walt Disney World.

Scott did not express reservations about ridership in June when he praised the idea of a private line between the cities.

He issued a press release announcing that the state was inviting companies to submit proposals for that route — a move made in response to the unsolicited proposal from Brightline.

The governor called private high-speed rail between Orlando and Tampa "an exciting opportunity" for the state, as opposed to the "bad deal" from the Obama administration's plan.

"Instead of placing taxpayers on the hook for hundreds of millions of dollars, our goal is for the private sector to invest in this project," Scott said. "Through private investment, we ensure that this major project has zero financial risk to Florida taxpayers."