Accessibility links
Yo-Yo Ma, A Life Led With Bach If the celebrated cellist could soundtrack his life, the music would be J.S. Bach's six Cello Suites. Yo-Yo Ma explains why they mean the world to him while he played the music at the NPR offices. 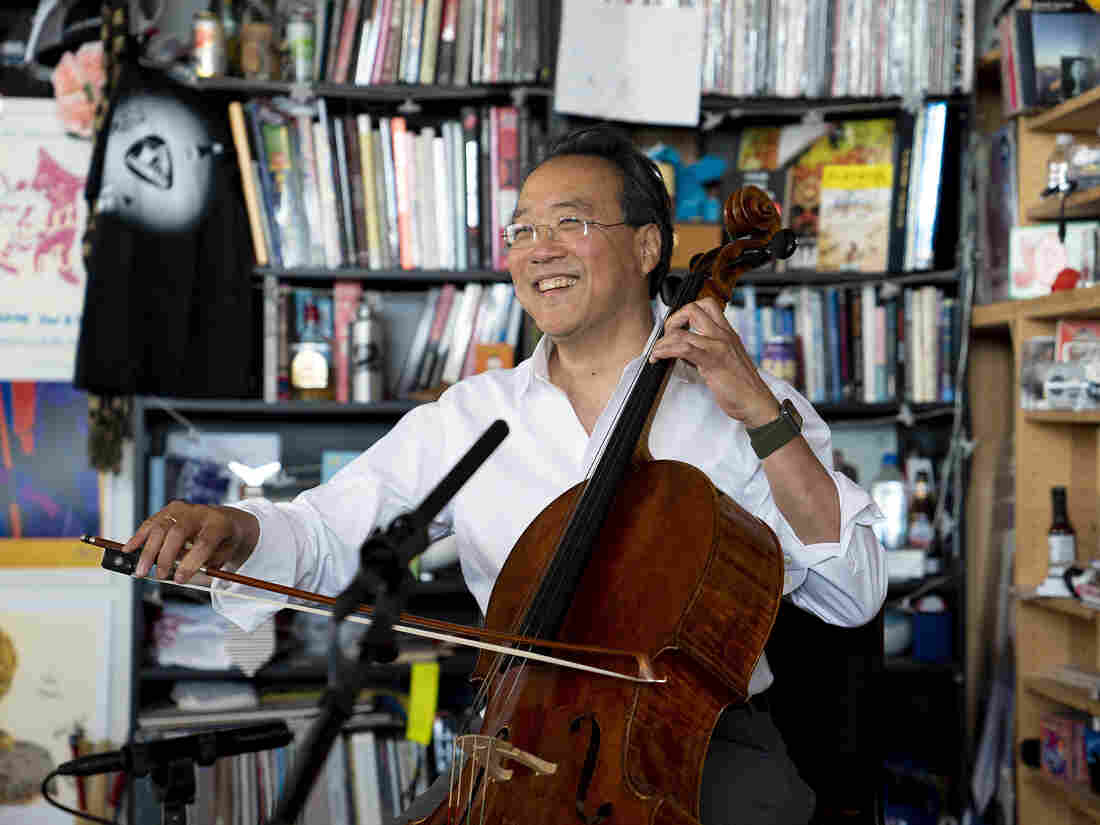 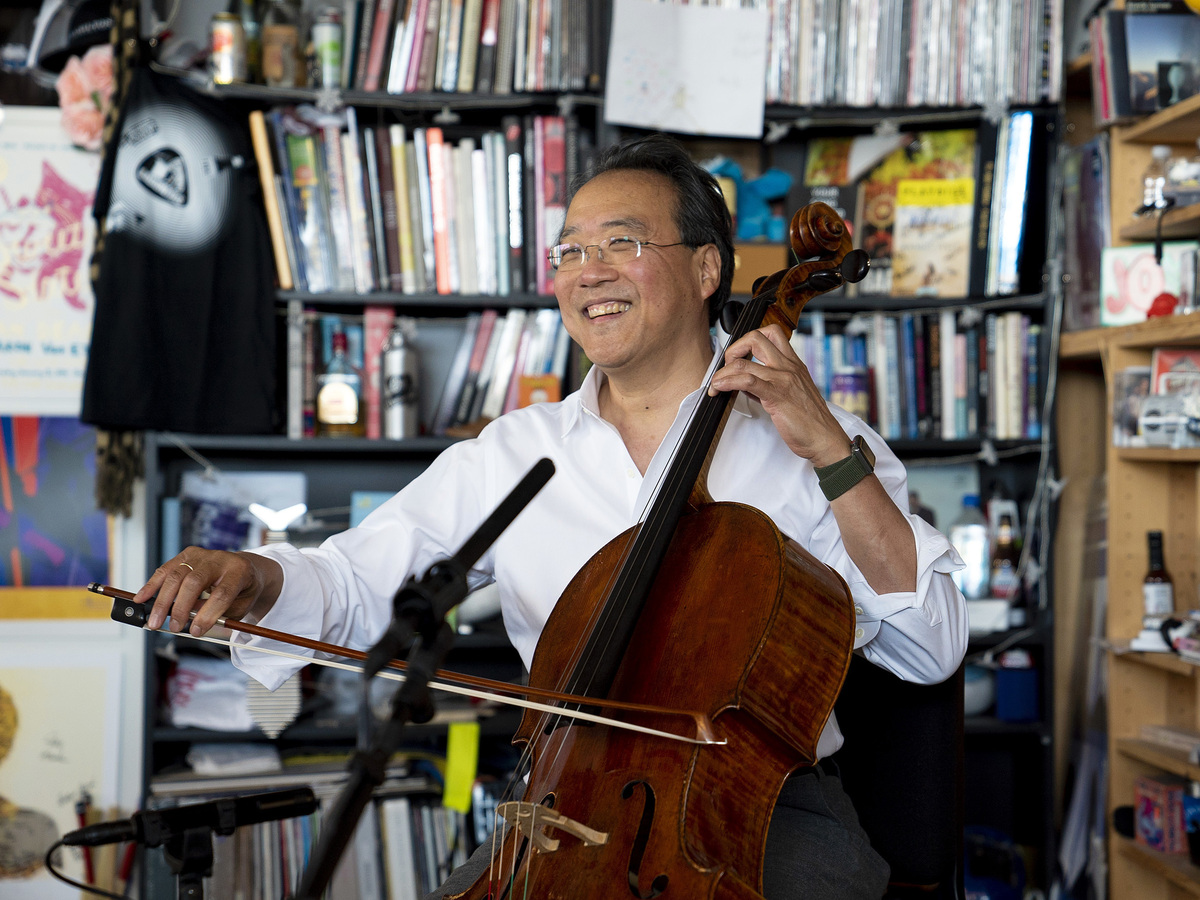 Yo-Yo Ma opened his recent Tiny Desk concert with the gently rolling "Prelude" from J. S. Bach's Unaccompanied Cello Suite No. 1. It's music Ma has lived with nearly all of his life.

"Believe it or not, this was the very first piece of music I started on the cello when I was four years old," he told the crowd, tightly squeezed between the office furniture on NPR's fourth floor.

Ma and Bach's six Cello Suites have remained constant companions. The music — two-and-a-half hours of sounds that map humanity in all its triumphs, joys and sorrows — has become a lodestar for the celebrated cellist. Ma's first recording of the complete set won him a Grammy in 1984. He released another set in 1997, the result of collaborations with architects, ice skaters and Kabuki artists. And now, a third cycle of the suites has arrived, an album Ma calls Six Evolutions – Bach: Cello Suites.

What could Ma be looking for in Bach's Suites now that he's reached his 60s?

"You go for content," Ma tells NPR's Mary Louise Kelly in an interview held in front of Tiny Desk attendees immediately following his performance. "You try and transcend technique to get to what you think is there. Instead of saying, 'Here are these notes and this is difficult and I'm going to try and nail it,' you try to express it."

The most expressive music Ma played during his all-Bach Tiny Desk was the "Sarabande" from the Suite No. 6. It's music that both soothes and celebrates, and Ma says he's played it in wildly divergent settings. "I've played this piece at both friends' weddings and, unfortunately, also at their memorial services."

Ma, always curious, says that in returning to Bach he's also after perspective. "If you look at a statue from a different angle you'll see a different view," he explains. "I feel that's exactly what a musician, or a scientist — and I think of Bach as a scientist-musician — and what a news organization could do to bring all of the different perspectives of a globe together so we can actually make better decisions."

One decision Ma has made, in conjunction with his new album, is to take the Suites on a two-year, worldwide tour, offering himself yet another set of adventures with the music that seems to soundtrack his life. "We go through these different evolutions," Ma says. "Each time you go through an evolution you're using all of what you learned from a previous evolution and applying it to your present state. So it's an additive thing, and I think that's what culture does."

Bach's suites have undoubtedly played an important role in Ma's own evolutions. "Music," he said, "actually was invented, as all of culture was invented — by us — to help all of us figure out who we are."