Accessibility links
1968 Created The 'Ultimate' Anti-Sport Sport Ultimate Frisbee was invented 50 years ago this summer. The sport has its own honor system, known as the "spirit of the game," that can be traced back to the counterculture of 1968. 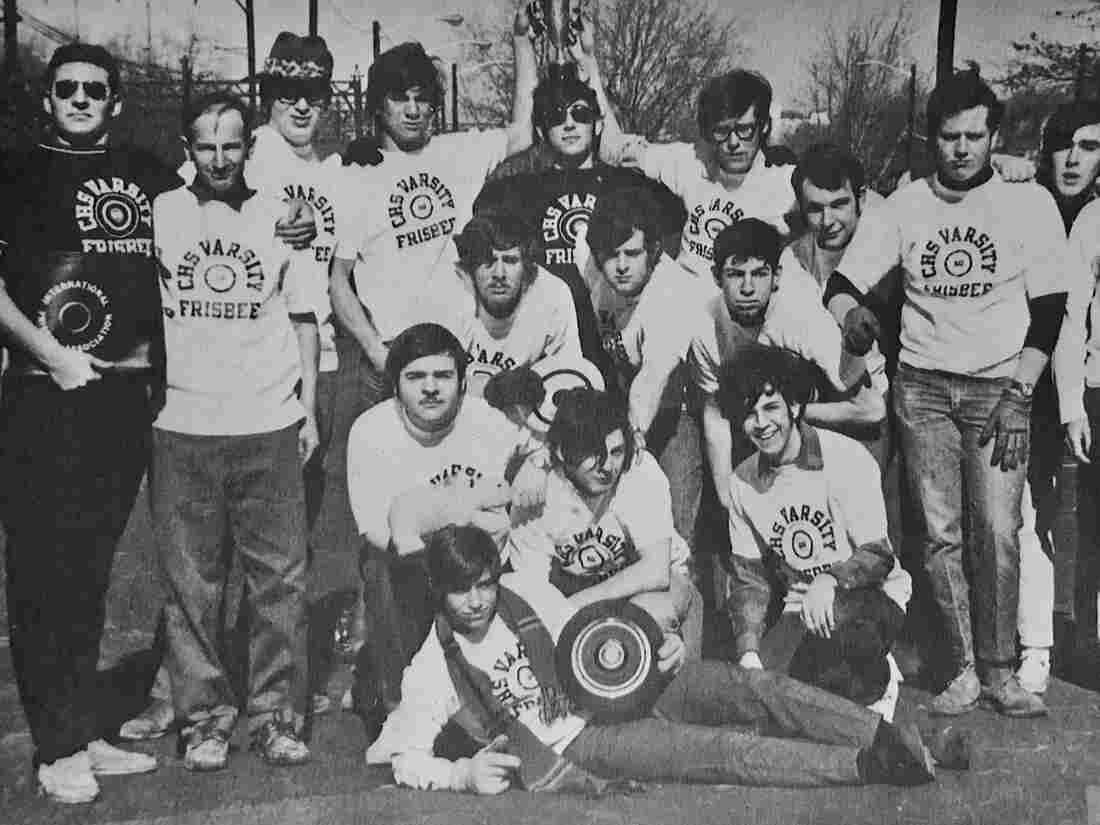 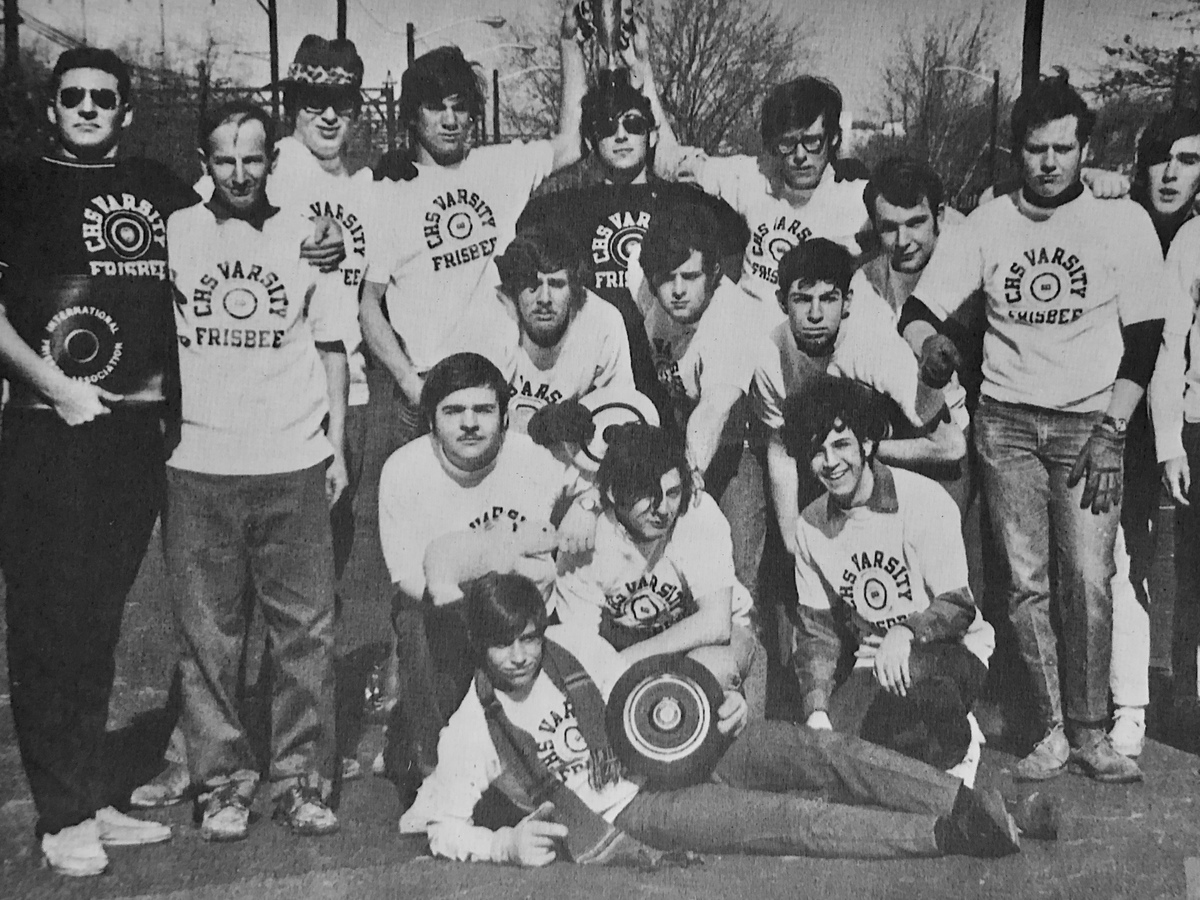 In the summer of 1968, Jared Kass was working at a camp for high school students in Massachusetts. He decided to teach the kids in his dorm a game that he'd learned at Amherst College, where he was a student.

"I remember I was just running and leaping for a pass of the Frisbee," said Kass, who's now a professor of psychology at Lesley University in Boston. "And I jumped up in the air. And I had one of those moments of just sheer synchrony where the disc just made it right into my hand at the perfect moment."

"I didn't know that we were creating a game that was going to be on going to have a life of its own," Kass added.

But that's exactly what happened.

Fifty years later, millions of people play Ultimate, as it's known these days, in college, amateur and professional leagues around the world. The game combines elements of soccer, basketball and football. Instead of a ball, of course, players use a flying disc gliding through the air. The players aren't allowed to run with the disc, so each team tries to score by passing the disc across a field until they reach the end zone.

But in some ways, Ultimate is not like other team sports. The game has a kind of honor system called the "spirit of the game." And you can trace that the way back to the counterculture of 1968, when the players started out officiating the game themselves.

At that summer camp in Massachusetts, Jared Kass says the games got intense, with players jostling for the disc. They were looking to him to be the referee.

But Kass didn't want to be the figure of authority. At the time, he was suspicious of authority figures of all kinds. 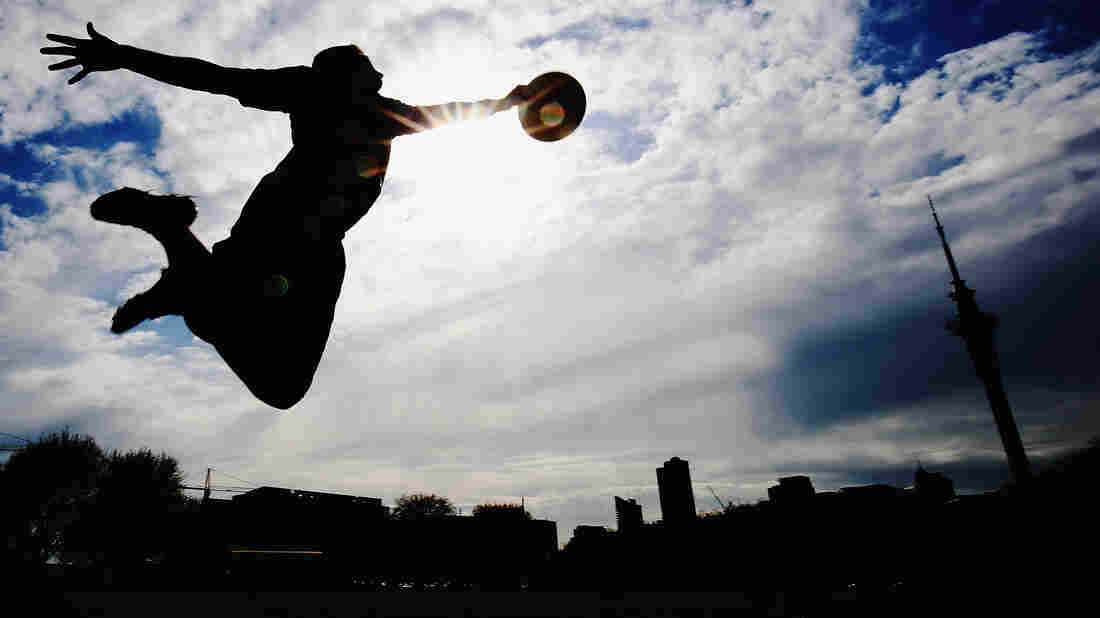 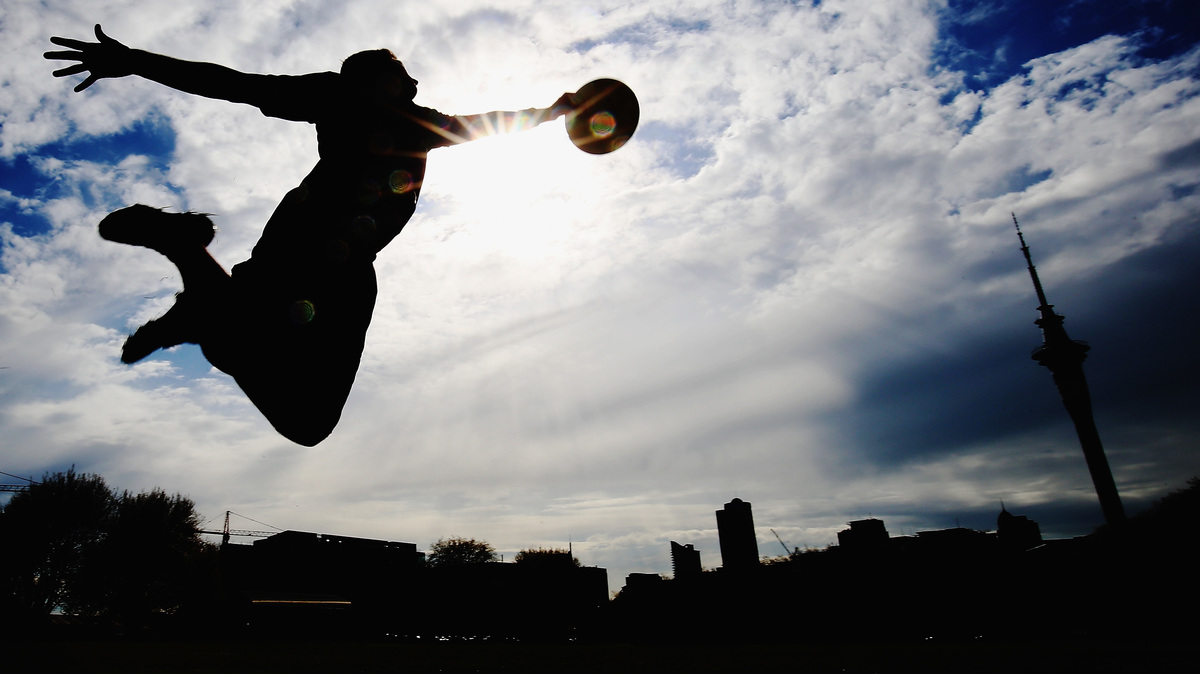 New Zealand Ultimate Frisbee player Zev Fishman dives for a frisbee during a photoshoot in October 2015.

When the summer ended, Kass went on to his senior year of college. And didn't think about that Frisbee game again for decades. His story came to light years later in the book Ultimate: The First Four Decades by Adam Zagoria and Pasquale Anthony Leonardo.

But the game made a big impression on one of the kids from that summer camp. He took it back home to New Jersey, where he started playing with his friends, and creating a rulebook.

That kid was Joel Silver, the Hollywood producer who's better known for his work on blockbuster movies like 48 Hours, Lethal Weapon and Die Hard. In 1968, Silver was on the student council at Columbia High School in Maplewood, N.J.

"As a joke, I raised my hand in council one day and I said I move that we create a committee to investigate introducing Frisbee into the high school curriculum," Silver said. "Which of course everybody laughed and said, what a funny idea."

Frisbee did not become part of the curriculum. But Columbia High School did become the site of what's now considered the first game of Ultimate, between the student council and the school newspaper staff.

There's a monument to that first game a few blocks away, in a school parking lot, where the rules of Ultimate were tested and refined.

It was somewhat of an anti-sport, anti-establishment game.

"It was somewhat of an anti-sport, anti-establishment game," said Heidi Hellring, who learned how to play Ultimate in that parking lot in the 1970s. Her brother, Buzzy Hellring, worked with Joel Silver on that first official rulebook. Before he died in a car accident, Heidi Hellring says her brother was like the sport's first promoter.

By the time Heidi Helling went to college in the mid-1970s, she says, the players were already more athletic.

"I couldn't believe how good they were," Hellring said. "They were doing these moves I'd never seen. They were real athletes, and they were just faster and better."

Ultimate has continued to get faster and better.

"We didn't think it was gonna be that official," he said. "I hoped it would, but who would have known?"

The International Olympic Committee officially recognized Ultimate three years ago. And there's talk of adding the sport to the games — talk Joel Silver is happy to encourage.

"That would be the ultimate conclusion of Ultimate Frisbee."