Accessibility links
Opinion: Please Take Away My Kids' Cellphones At School It has been a depressing week of back-to-school stories. But NPR's Jennifer Ludden has found one to be happy about: cellphones will soon be locked up at her kids' school. 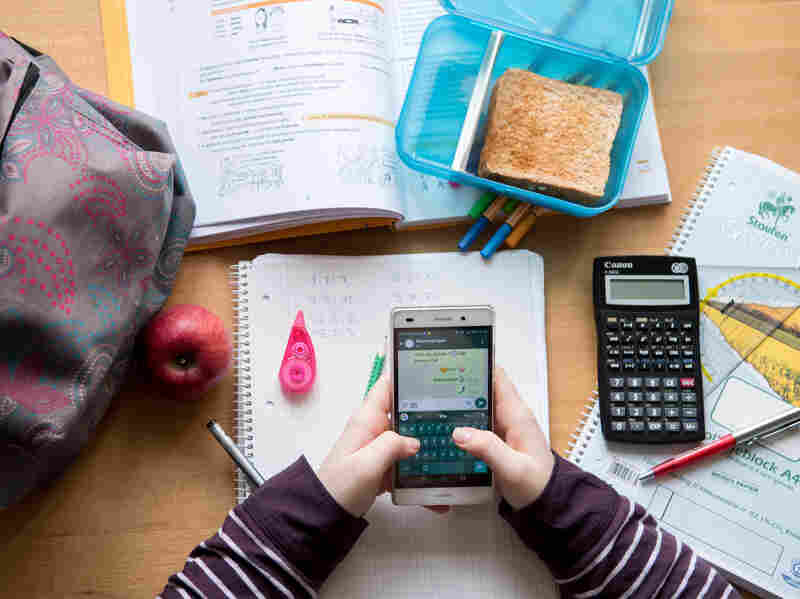 At the school that NPR's Jennifer Ludden's kids attend, they're phasing in a new policy to lock up mobile phones during the day. picture alliance via Getty Images hide caption 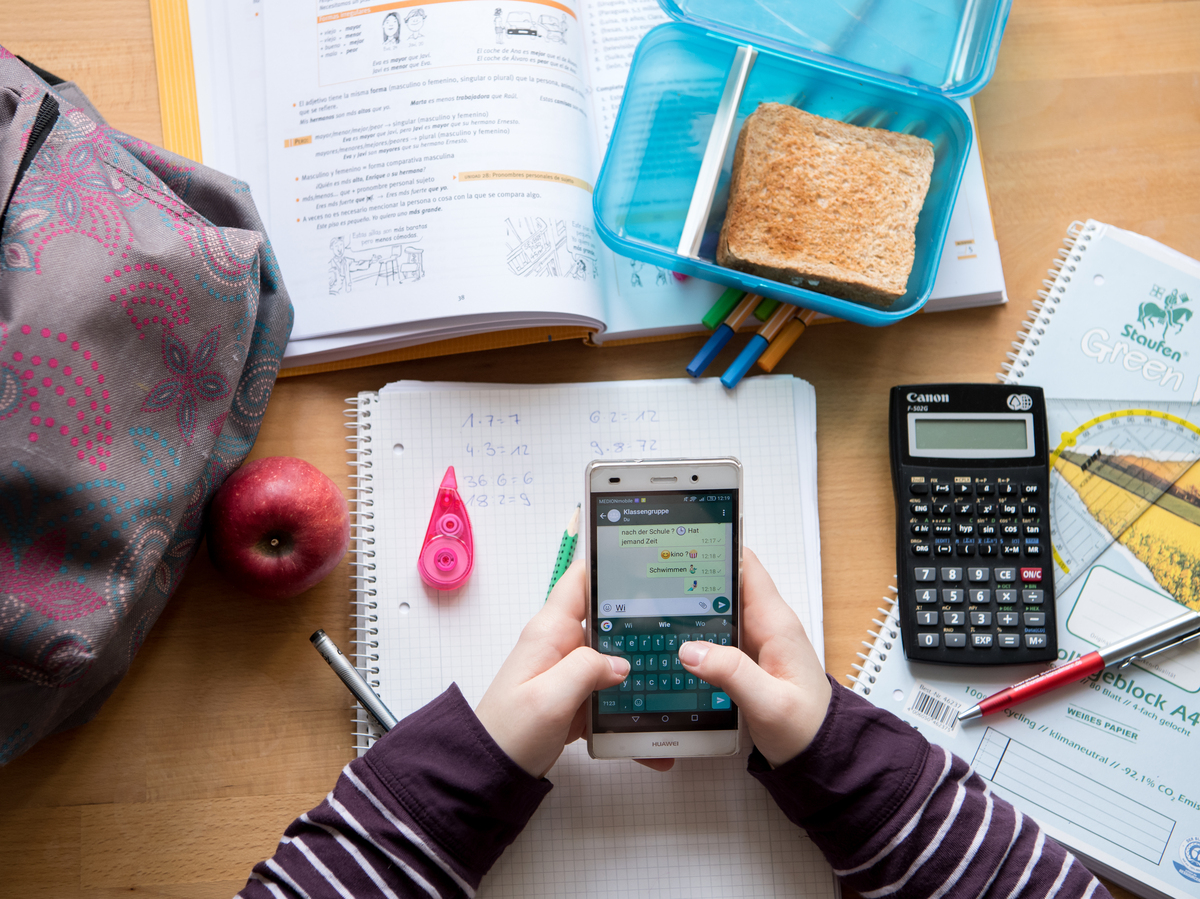 At the school that NPR's Jennifer Ludden's kids attend, they're phasing in a new policy to lock up mobile phones during the day.

It has been a depressing week of back-to-school stories. Parents buying bulletproof backpacks. Schools installing panic buttons and classroom trauma kits. Some teachers in Waco, Texas, kicked off the year with an active-shooter drill that had fake blood and blanks fired from a real AR-15.

It still feels surreal that it has come to this. But after more school shootings than I care to count, a recent poll finds a third of parents fear for their child's physical safety at school. That's three times higher than a few years ago.

My two teenage sons start school Monday. They've been walking through metal detectors to get to class since sixth grade. I don't mind that at all anymore.

This year, their public high school will start another kind of program. A different, new trend. Students will have their smartphones locked up in pouches.

The idea provoked an outcry last spring. From parents. My generation is used to 24/7 access to our kids, wherever they are. I confess, I've texted mine at school. It was about a doctor's appointment! But some asked, "What if there's an emergency?" It's a fair question. We've all heard about students hiding from a gunman, posting updates and texting to let friends and family know they're safe.

A school fact sheet has answers to all these questions. If students are evacuated, they'll have their phones unlocked. And it cites evidence that those inside are actually safer in an emergency without their cellphones; the phones can distract students from following safety directions. And a ring or vibration or those students' posts can tip off assailants.

I do get some parents' concerns. But — insert my applause emoji — I am thrilled my high-schoolers won't be able to use their phones at school.

In a note to parents, the principal says this will help stop a string of problems. Students cheating on math tests, distracting themselves and friends, even taking calls during class.

The school also says "a large portion of students" rush to lunch to get on their phones, isolating themselves while playing games. It hopes this new policy will help kids develop crucial face-to-face social skills. And use their new free time to join the extracurricular clubs that meet during lunch period.

Maybe they'll also tell more silly jokes. Flirt. Actually finish their lunch?! And I can think of another benefit.

My sons will have six hours of the day free from the nonstop barrage of bad news alerts. The latest shooting, terror attack, disaster or potty-mouthed tweetstorm. Invaluable time to relax, and connect, without phones. I'm grateful to see some schools investing in that.