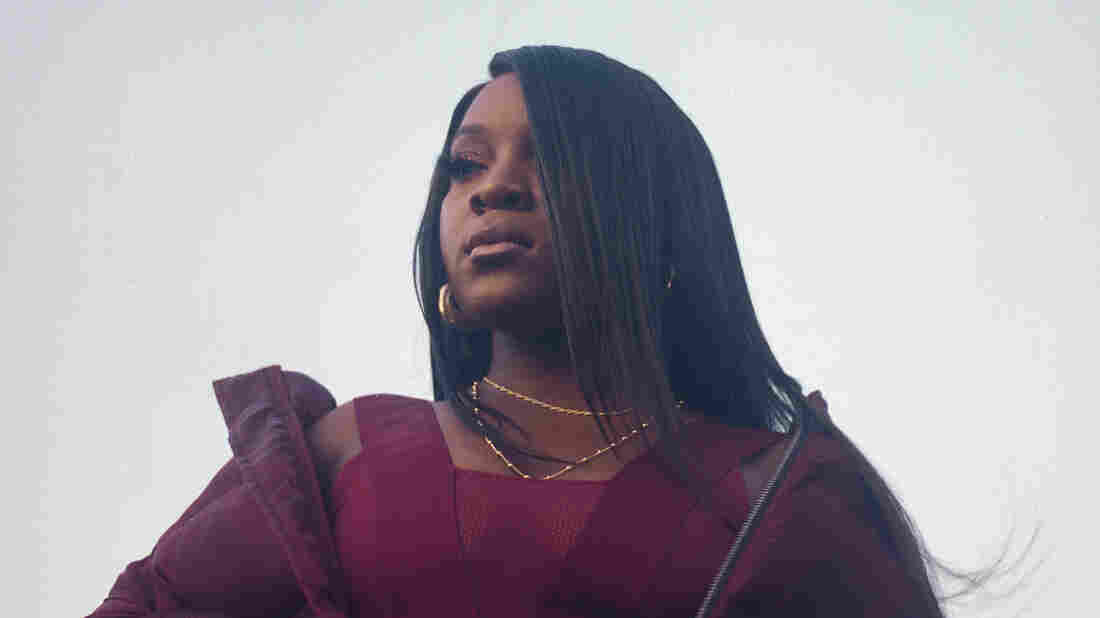 "There's a lot pulling women down and making them feel not good enough," Ray BLK says. "And I just wanted to uplift people." Courtesy of the artist hide caption 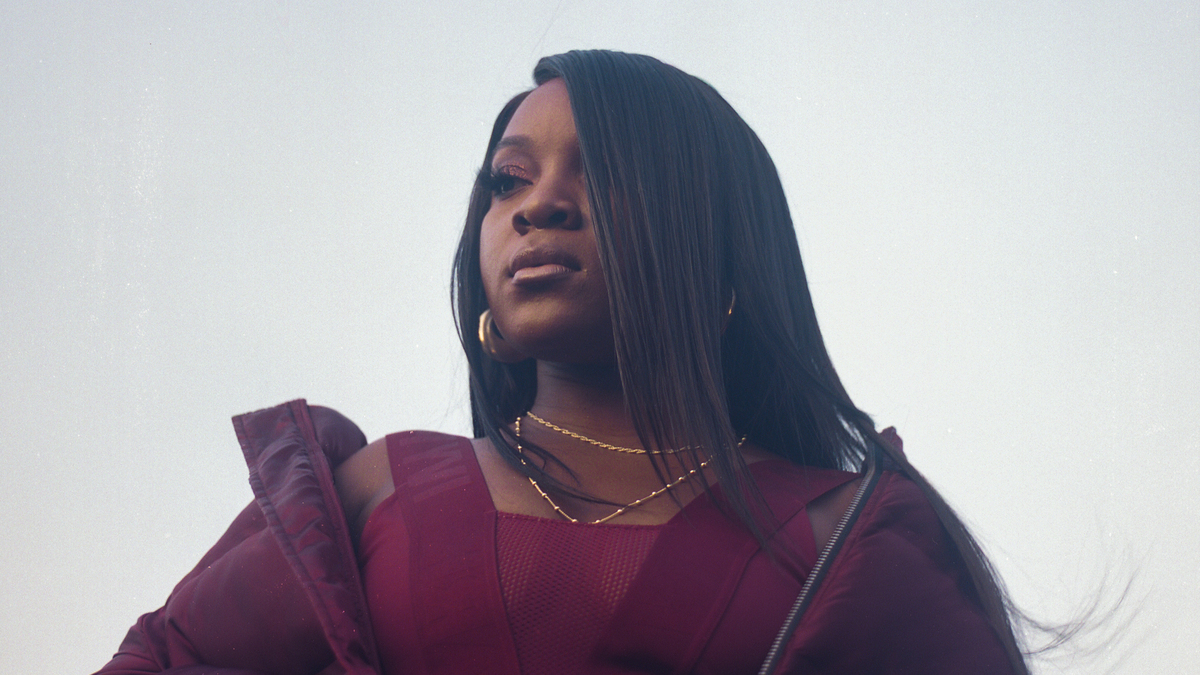 "There's a lot pulling women down and making them feel not good enough," Ray BLK says. "And I just wanted to uplift people."

Ray BLK is one of Britain's rising stars, but she's not here to be another soft-spoken R&B singer. Ray is determined to speak for those who are silenced in her art.

Ray BLK, née Rita Ekwere, won BBC's Sound of 2017 award, making her the first unsigned artist to be recognized by music insiders and critics as the most promising new artist, an honor previously bestowed on acts like Adele, 50 Cent and Sam Smith. After releasing an EP called Havisham in 2015 and a mini-album called Durt in 2016, Ray BLK is getting ready to release her first full-length record as a signed artist. It's called Empress and comes out in September on Island Records.

The album's latest single "Run Run" is based on experiences Ray had growing up in South London. "I fortunately never experienced youth violence or police brutality," the singer explains. "But I was writing from my view after the experiences that I had had."

The video for the single depicts a boy who is constantly running away from people who are after him but who can't escape the danger. "I wanted to depict what it's like as a young black man being raised in some of the parts of London that these crimes are happening," Ray says.

The Nigerian-born, London-raised artist spoke with NPR's Lakshmi Singh about her earliest musical influences, her path to self-acceptance and why it's necessary to highlight social justice issues in her music. Hear their conversation at the audio link.

On the influence of Amy Winehouse

I had never really heard a woman speak like that in her music. It's so rare to hear a woman be so confident.

What I loved about ["Stronger Than Me"], even though I was quite young when I heard it and not experiencing the things she was talking about, is how she owned her sexuality and how she made it about her choice. A lot of songs I had been hearing at that age was about, you know, being the damsel in distress and you're waiting for a guy to save you and, you know, looking for love and he's not loving you right.

But in this song, she was being confident and bold enough to say I'm not sure if you're good enough for me. I'm not waiting around for you. And it just kind of flipped the ideals on its head. And I loved that so much, and it empowered me to feel like when I write songs, I can be just as confident and I can be just as brash and I can say how I feel without being worried of being judged for being too confident in my sexuality.

One of the churches I went to when I was younger, we weren't allowed to have colors in our hair. You had to have, like, black hair, your natural hair color. You couldn't wear earrings. Ladies weren't allowed to wear trousers. You had to wear long skirts that stopped at the ankles. And my mom, who is a strong believer, she broke all of those rules. [Laughs] She dyed her hair bright blonde, wore big earrings, wore makeup, wore trousers. And everybody just used to look at her, like, give her the side eye because of it. And I used to do the same things as well 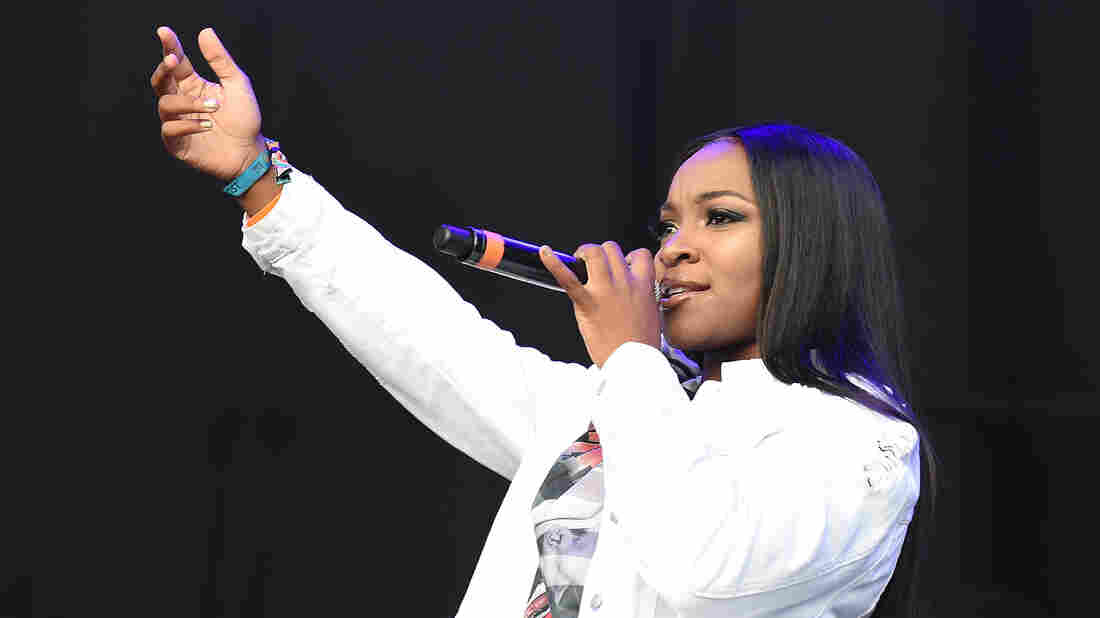 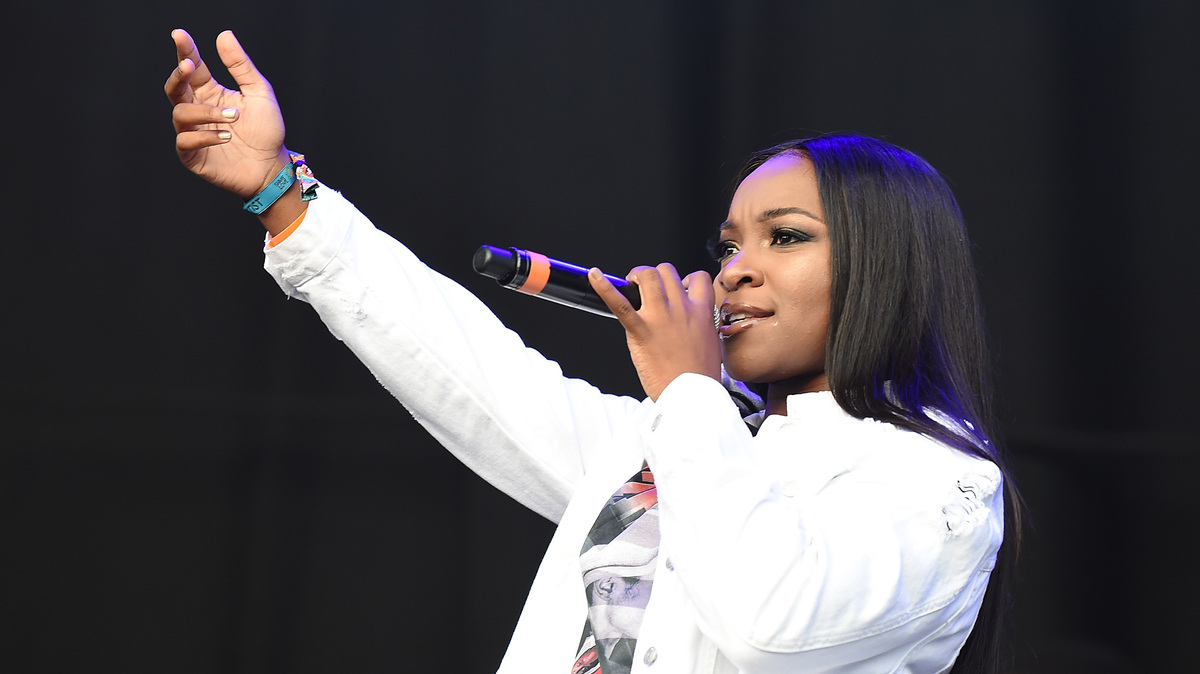 Ray BLK performing at Bestival at Lulworth Castle in Wareham, England in Sept. 2017.

My mom always empowered me to, like, be yourself. It doesn't make you any less of a Christian or any less of a woman if you want to wear something that makes you feel good. So that's just how I've been brought up.

On creating a feminist album

When I started making this project, I was just in a space where I reached a peak of self-acceptance and self-love. And I wanted to share that with people, I think, in a time where, right now, there's a lot of, you know, media telling women not to love themselves, whether that's with advertisement or whether that's with Instagram. There's a lot pulling women down and making them feel not good enough. And I just wanted to uplift people.

And with the #MeToo movement and with a lot of statements that have been said by the president, I think it's more important for women to speak up and to stand together because there's power in numbers. One of the things I've taken from the #MeToo movement is how when people stick together, when people stand together, it's way more powerful than one person because one person can be silenced. But I think it's important for everyone to use their voice to speak up about, you know, feminist issues, racial issues, so that we can make a difference and give people the confidence as well to tell their truths.