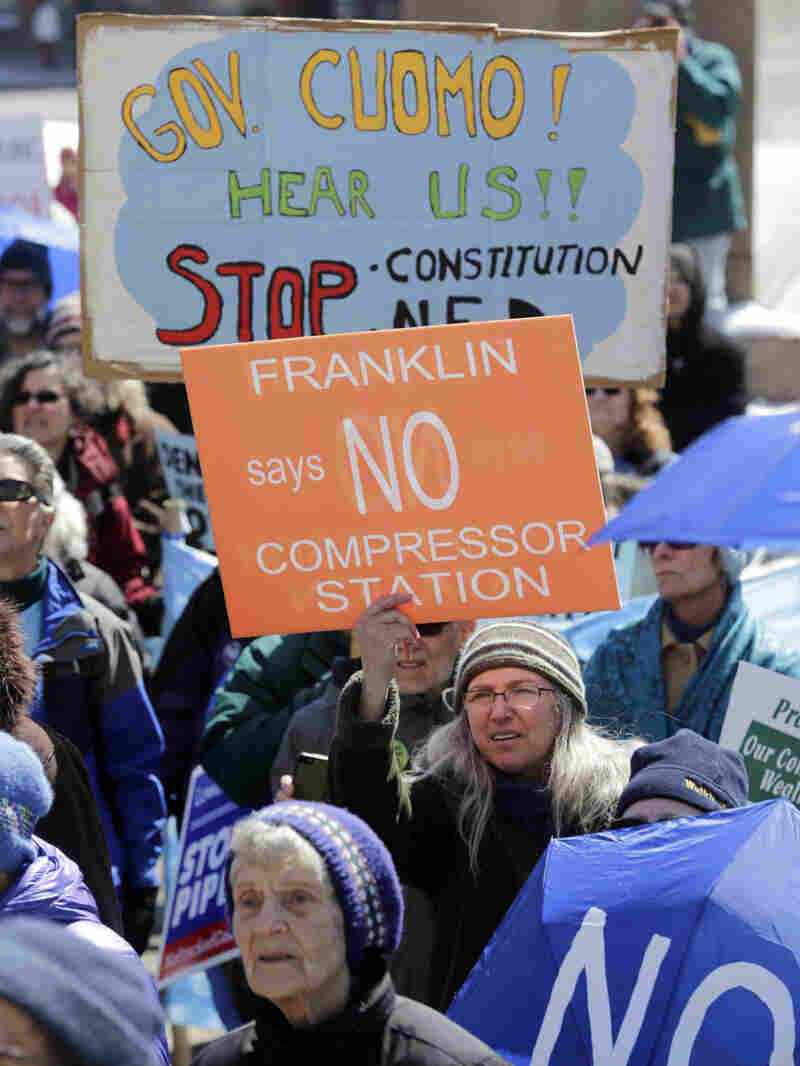 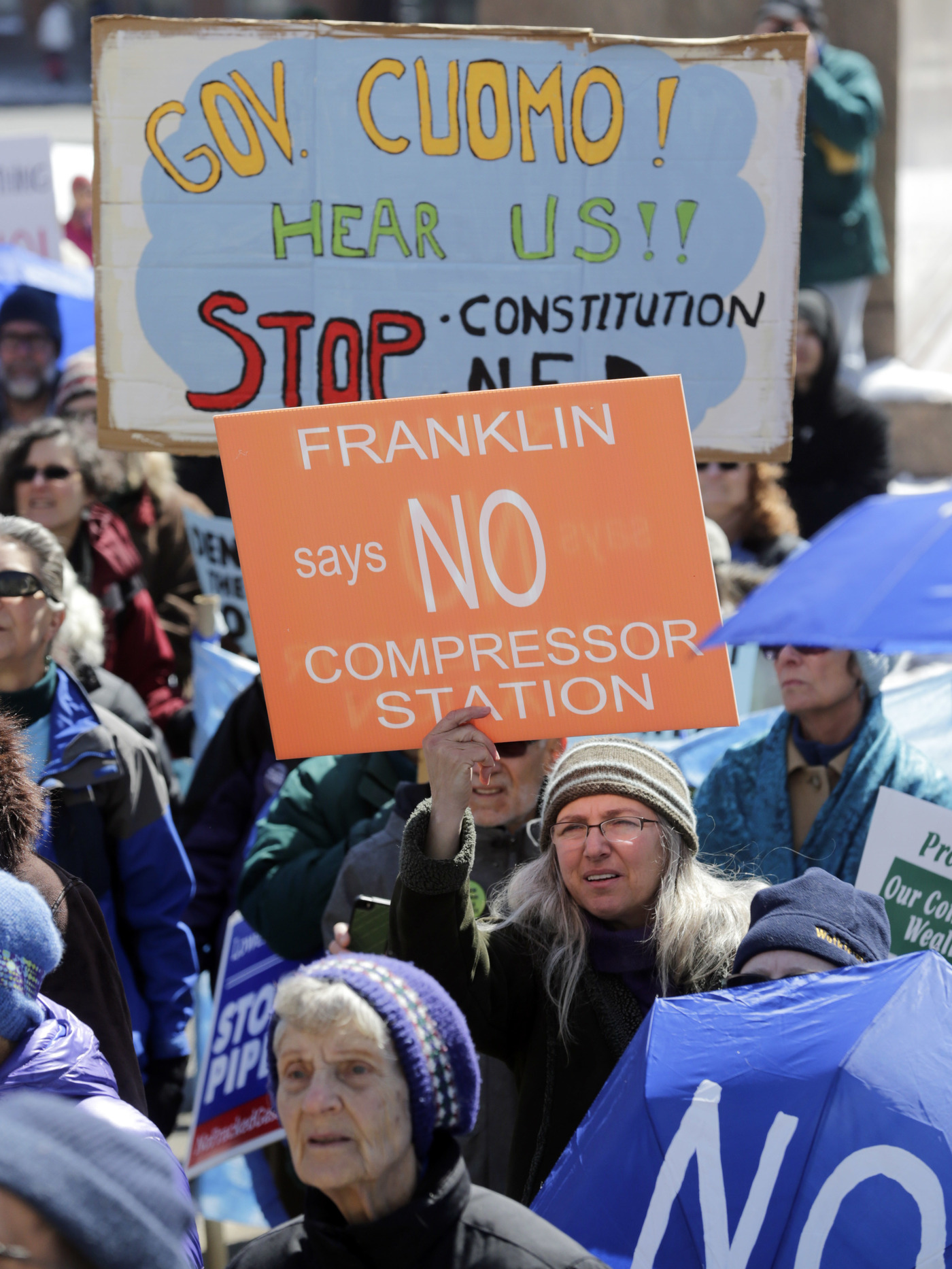 The proposed Jordan Cove project includes a pipeline that would transport natural gas across the Cascades mountain range to the Oregon coast. There it would be turned into liquefied natural gas (LNG) for export.

At a recent protest rally supporters of the No LNG Exports campaign submitted more than 25,000 comments to encourage Gov. Kate Brown and her Department of Environmental Quality to reject the project.

"The state of Oregon has the ability to deny the Clean Water Act permit and stop this project once and for all if this project would have negative impacts on Oregon's water ways, which we know it will," says Hannah Sohl, director of the group Rogue Climate.

Activists like Sohl want to keep fossil fuels in the ground where they won't contribute to climate change. Blocking construction of infrastructure, such as pipelines, is one way of doing that. If gas can't get to market no one will drill for it.

"You can count on, I think, two fingers the number of gas pipeline projects that FERC has ultimately rejected," says Daniel Estrin, general counsel and advocacy director for the Waterkeeper Alliance.

Activists' frustration with the FERC has increased under the fossil fuel friendly Trump administration. That's why Estrin looked for a new way to stop a pipeline in New York, and he found it in Section 401 of the Clean Water Act. It gives states the right to review new projects to make sure they don't harm local water.

But the gas industry argues that's not how the law is supposed to work.

"For years the certifications were approved — often conditioned in ways that would ensure states could protect their water quality," says Don Santa, president and CEO of Interstate Natural Gas Association of America.

This new legal strategy activists are using changed that.

"So it's very different now that it's being used as a sword rather than a shield," says Santa, who argues this pipeline-killing "sword" harms consumers and interrupts interstate commerce.

He points to a case last winter when LNG from Russia was delivered to Boston to satisfy customer needs during a cold snap. "When only a few hundred miles away you had the most prolific and most affordable natural gas in the world in the Marcellus Shale — all because you couldn't build the pipe to connect that supply to consumers," says Santa.

The industry's effort to stop this new legal strategy in court have failed so far. Now the gas pipeline industry is supporting legislation in Congress.

Republican Sen. John Barrasso of Wyoming introduced legislation at the end of July that would limit a state's power in this process, which is ironic given that Republicans generally embrace state's rights.

Daniel Estrin of the Waterkeeper Alliance says the legislation is an overreaction.

"People are running around with their hair on fire because one pipeline project got rejected because the state determined that it would have too great an impact on water quality," says Estrin.

Few people think this legislation has a chance of becoming law because of the states' rights issue. So activists continue to encourage states — usually only those with Democratic governors — to exercise their veto power and stop new pipeline projects.