Accessibility links
Pope Francis On Clergy Sex Abuse: 'We Showed No Care For The Little Ones' The pontiff's comments were in a letter penned nearly a week after a Pennsylvania grand jury report detailed decades of alleged child abuse and cover-ups. "We abandoned them," Francis wrote. 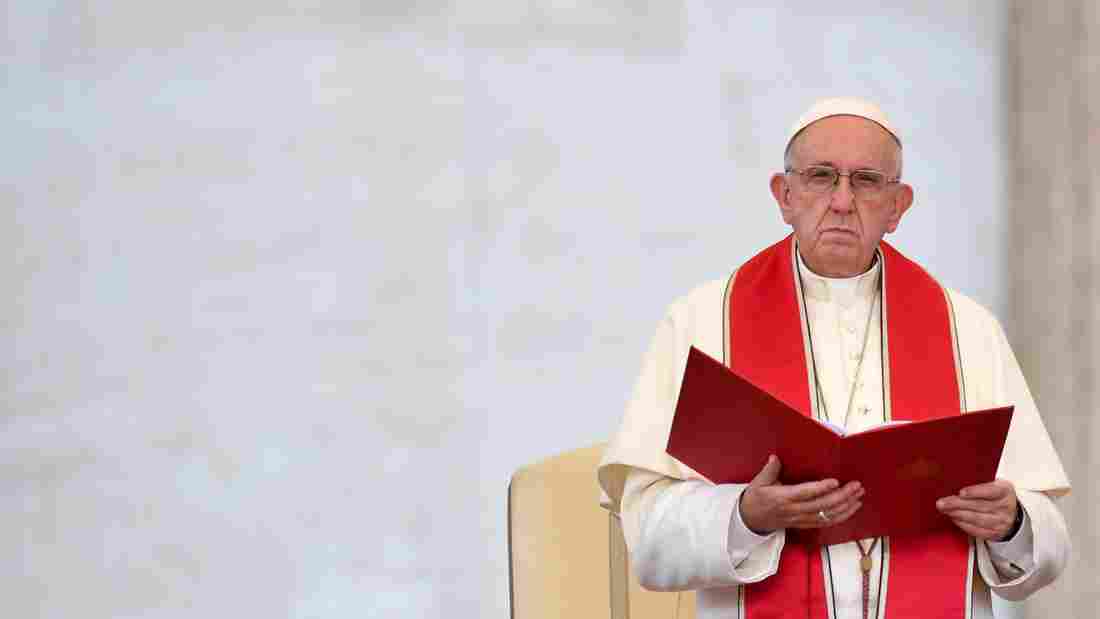 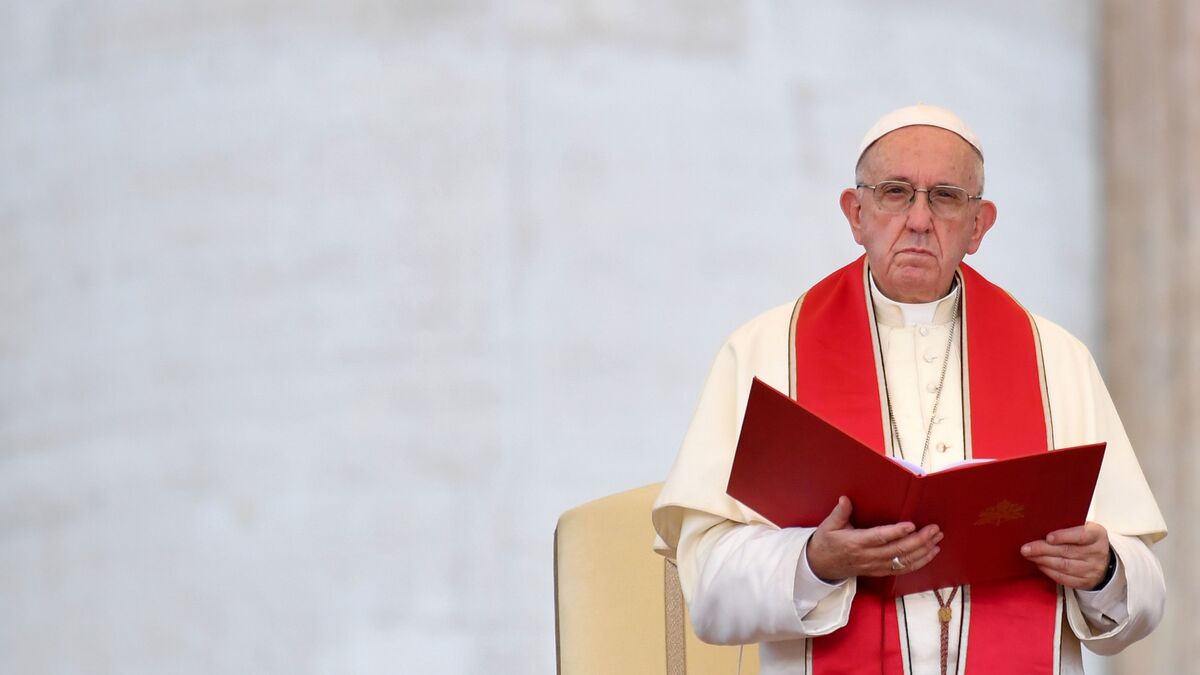 Pope Francis addresses the International Pilgrimage of the Ministrants last month in St. Peter's Square in the Vatican.

Editor's Note: This story contains graphic descriptions that some readers may find disturbing.

Nearly a week after a Pennsylvania grand jury released its roughly 900-page report on sexual abuse by clergy, the leader of the Roman Catholic Church has penned a letter condemning the alleged misconduct and pledging repentance.

"The heart-wrenching pain of these victims, which cries out to heaven, was long ignored, kept quiet or silenced. But their outcry was more powerful than all the measures meant to silence it, or sought even to resolve it by decisions that increased its gravity by falling into complicity," Pope Francis wrote in the letter Monday, which is addressed to "the People of God." "The Lord heard that cry and once again showed us on which side he stands."

The "atrocities" Francis refers to were laid out in harrowing detail by the grand jury report, which used the church's own records to conclude that more than 1,000 credible victims had been abused by some 300 "predator priests" across eight decades in Pennsylvania. What's more, the report explained how the church apparatus enabled and covered up the abuse, often responding to complaints with cursory investigations and leniency toward the alleged abusers.

"But," it added, "all of them were brushed aside, in every part of the state, by church leaders who preferred to protect the abusers and their institution above all."

Until the church ceases to protect — and even in some cases promote — accused priests, "we think it is too early to close the book on the Catholic Church sex scandal," the report's authors concluded.

Francis' personal response initially was silence, instead allowing a Vatican spokesperson to offer the church's public response in the days that followed. And it was a particularly blunt one, noting that church officials feel "shame and sorrow" over the "criminal and morally reprehensible" abuses it revealed.

The spokesperson, Greg Burke, noted that the grand jury had found "almost no cases after 2002," when the Boston Globe's Spotlight investigations team famously uncovered a widespread cover-up of sexual abuse allegations. But "the Church must learn hard lessons from its past," Burke added in his statement Thursday, "and there should be accountability for both abusers and those who permitted abuse to occur."

In his letter Monday, Francis spoke in similarly stark terms.

"With shame and repentance, we acknowledge as an ecclesial community that we were not where we should have been, that we did not act in a timely manner, realizing the magnitude and the gravity of the damage done to so many lives," the pope wrote. "We showed no care for the little ones; we abandoned them."

The Catholic church has felt the lingering repercussions of its decades of alleged wrongdoing in court and in its wallet lately. As NPR's Tom Gjelten points out, dioceses and religious order in the U.S. have had to pay more than $3 billion in lawsuit settlements with abuse victims since the allegations came to light.

And though Francis did not detail concrete steps for how he expects the church to change its conduct going forward, he echoed Burke's statement that such change is needed.

"While it is important and necessary on every journey of conversion to acknowledge the truth of what has happened, in itself this is not enough. Today we are challenged as the People of God to take on the pain of our brothers and sisters wounded in their flesh and in their spirit," the pope said.

"If, in the past, the response was one of omission, today we want solidarity, in the deepest and most challenging sense, to become our way of forging present and future history."