Accessibility links
As Trump Tweets Attacks, Melania Speaks Out Against Cyberbullying In her speech, the first lady said children are often "more aware" than adults about the risks and benefits of social media.

Listen · 1:52 1:52
As The President Tweets Attacks, Melania Trump Speaks Out Against Cyberbullying 1:52 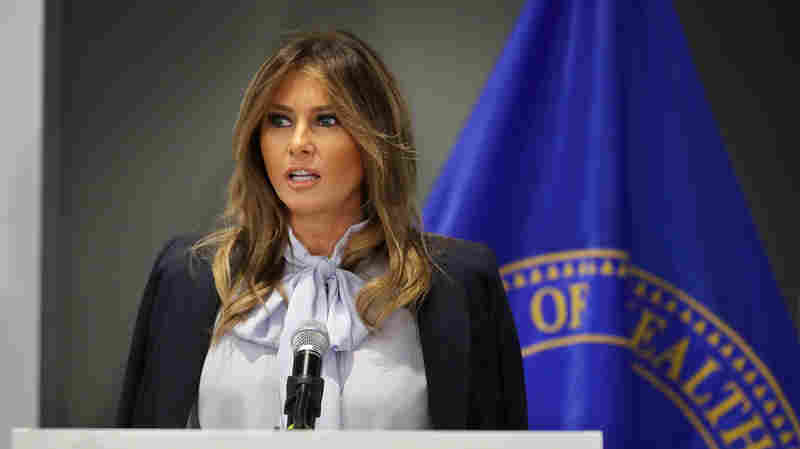 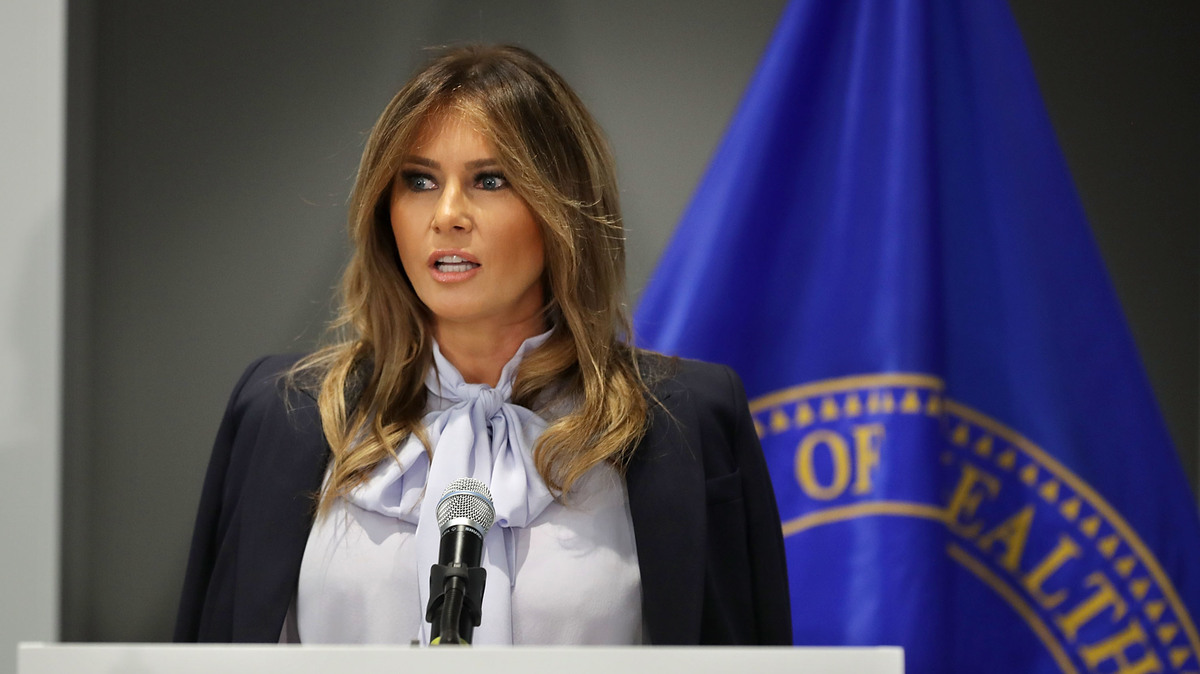 As her husband lashed out at his political opponents online, calling them names like "thug" and "hack," Melania Trump was calling for more civility and kindness online Monday morning.

"Let's face it: Most children are more aware of the benefits and pitfalls of social media than some adults," she said, "but we still need to do all we can to provide them with information and tools for successful and safe online habits."

Social media is one of the issues the first lady is highlighting as part of her "Be Best" campaign focused on the well-being of children.

Not far away, President Trump was himself online, sending a series of angry tweets in which he called one of his most vocal critics, former CIA Director John Brennan, a "political 'hack.' "

Everybody wants to keep their Security Clearance, it’s worth great prestige and big dollars, even board seats, and that is why certain people are coming forward to protect Brennan. It certainly isn’t because of the good job he did! He is a political “hack.”

Brennan has repeatedly criticized the president, on Twitter and on television, prompting the White House to announce last week that the administration is pulling Brennan's security clearance. Trump has threatened to revoke the clearances of other critics, which prompted a scathing statement in response from a group of former intelligence officials.

The anti-bullying event included a panel discussion with representatives from Google, Facebook, Twitter and the Family Online Safety Institute. As the first lady listened, the group discussed strategies to work with parents, teachers, government and the private sector to prevent online bullying. The roster of speakers also included a member of Trump's Cabinet, Health and Human Services Secretary Alex Azar.

In her prepared remarks, Mrs. Trump told the audience that social media "can be used in many positive ways, but can also be destructive and harmful when used incorrectly."

Earlier in the day, the president attacked special counsel Robert Mueller's team, which is investigating possible collusion between Russia and the Trump campaign.

Disgraced and discredited Bob Mueller and his whole group of Angry Democrat Thugs spent over 30 hours with the White House Councel, only with my approval, for purposes of transparency. Anybody needing that much time when they know there is no Russian Collusion is just someone....

....looking for trouble. They are enjoying ruining people’s lives and REFUSE to look at the real corruption on the Democrat side - the lies, the firings, the deleted Emails and soooo much more! Mueller’s Angry Dems are looking to impact the election. They are a National Disgrace!

Asked about criticism the first lady has received for highlighting the issue of online bullying even as her husband routinely resorts to name-calling on social media, her communications director, Stephanie Grisham, said via text, "She's said before that she is aware of the criticism, but it won't deter her from doing what she thinks is right."

Grisham also tweeted, "Rather than dissecting her remarks, let's focus on the countless children who struggle w bullying & online safety each day."

Rather than dissecting her remarks, let’s focus on the countless children who struggle w bullying & online safety each day. https://t.co/5W9x8QnUcZ

It's not the first time Mrs. Trump has been asked about the issue; in March, she opened a cyberbullying forum at the White House by acknowledging the criticism.

Nor is it the first time she has differed from her husband publicly. A White House official told NPR in June that Mrs. Trump had pressed her husband to end family separation under the administration's "zero tolerance" policy for illegal Southern border crossings. The first lady also made two trips to immigration facilities to meet with children detained as a result of the policy.

The White House says the first lady will make her first major solo trip abroad in October — to Africa, a continent her husband has yet to visit. Grisham confirms that Mrs. Trump will visit several African countries and highlight humanitarian and development programs. This comes months after the president was widely criticized for reportedly making disparaging remarks about African countries.