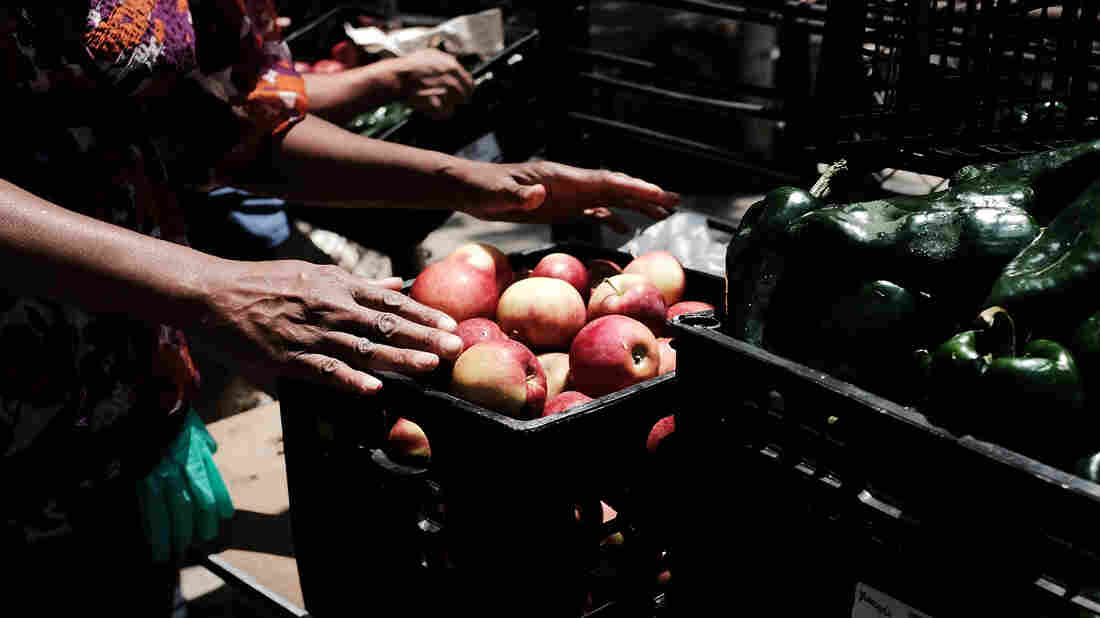 A woman packs crates at a weekly free food pantry in the Bronx in New York City. The Trump administration is considering penalizing legal immigrants for using government benefits such as Medicaid and food stamps. Spencer Platt/Getty Images hide caption 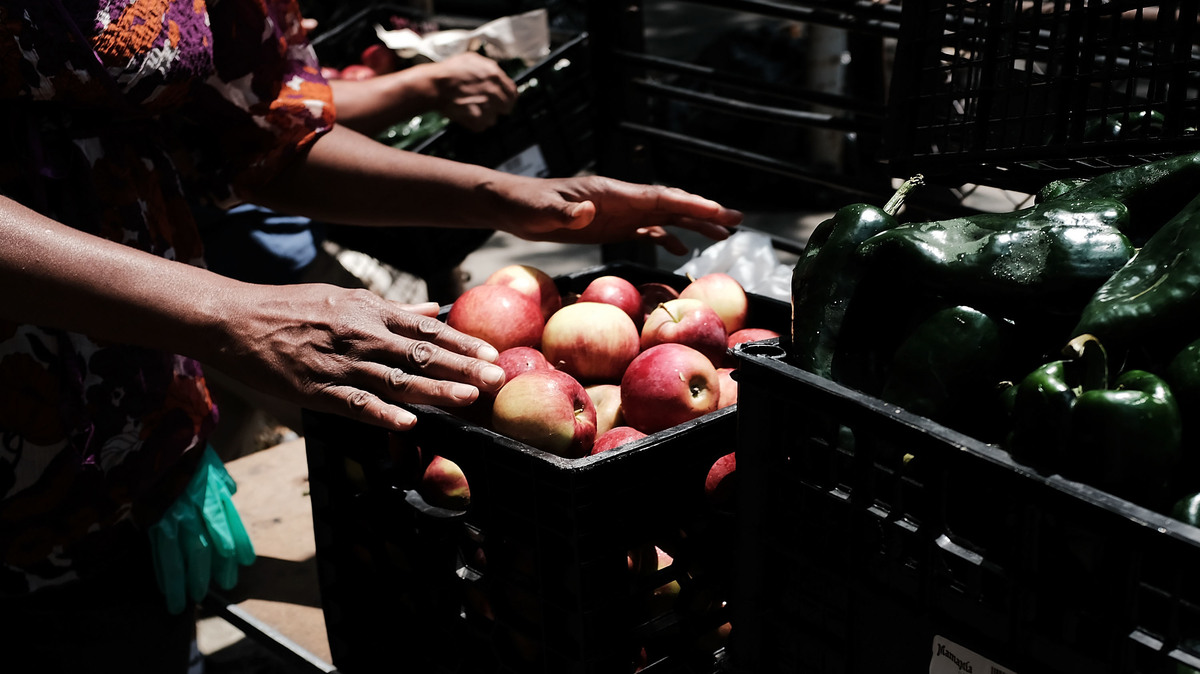 A woman packs crates at a weekly free food pantry in the Bronx in New York City. The Trump administration is considering penalizing legal immigrants for using government benefits such as Medicaid and food stamps.

Omolara Uwemedimo says it's hard to imagine what her parents, who immigrated to New York from Nigeria decades ago, would have done if they had had to choose between food stamps and getting their green cards.

Her parents worked factory jobs back then, but when her mother got pregnant with her, Uwemedimo says, the doctor put her on bed rest.

"She actually used food stamps when she was pregnant," Uwemedimo said. "And she says that pretty much saved them in terms of not having to move out of their apartment because of the fact that they had that help."

Now other immigrants could be faced with that kind of choice. The Trump administration is considering penalizing legal immigrants for using government benefits such as Medicaid and food stamps and recently signaled in a public notice that it plans to propose new regulations.

Many of the details haven't been finalized. But the idea has already sparked warnings about the consequences for immigrant families, and the nation's health care system.

"Those families are now at a crossroads," said Uwemedimo, a pediatrician at the Cohen Children's Medical Center in Lake Success, N.Y. She sees a large number of immigrant families from Nassau and Suffolk counties and nearby Queens.

Uwemedimo and her staff make a point of asking patients upfront if they qualify for benefits — including food stamps, or subsidized health insurance. But now Uwemedimo is finding that many of her patients are wary about signing up, because they've heard that doing so could hurt their chances of getting a visa for a family member to visit, or hurt their own chances of getting a green card.

"They're saying we want our family to stay together," said Uwemedimo. "A lot of families have decided that they don't want to engage [out of] fear."

For months, the Trump administration has been taking steps to limit how much immigrants use welfare programs.

Earlier this year, the State Department updated instructions to consular officials, telling them to consider denying applicants a visa if they're expected to use a wider range of public benefits once they get to the U.S.

Meanwhile, the Department of Homeland Security has been working on the new rules for immigrants already in the country. These rules, which are still being finalized, could prevent them from getting a green card if they sign up for benefits.

"It would penalize people for using programs that they're entitled to under the law, like health insurance for their children, or making sure that there's food on the table," said Claudia Calhoon, a health policy expert at the New York Immigration Coalition.

She says the proposal is setting up brutally difficult choices for immigrant families. "People might have to decide between doing those things and adjusting their status and having a green card," Calhoon said.

For at least a century, U.S. law has sought to exclude immigrants who are likely to become a "public charge." And the Trump administration says it is simply enforcing that law.

More than half of all immigrant households use at least one benefit program, according to the Department of Homeland Security. In a statement DHS called that "deeply unfair to U.S. taxpayers."

NPR asked DHS Secretary Kirstjen Nielsen about a leaked draft of the proposed changes in May.

"We cannot allow them to immigrate to the United States if we believe they will immediately become a 'public charge,' " Nielsen said. "So what we're trying to do through the rule-making is make it clear what does that mean. And get the comment from the public on what that should mean."

The public is already weighing in.

"It's a drastic change," says Michael Fix, a senior fellow at the Migration Policy Institute, which has studied several leaked versions of the proposed rule changes.

"This could be a backdoor for legal immigration reform that would never get through Congress right now," Fix said. "But they could have really far-reaching effects" on who is able to come to the U.S., and who isn't.

Immigrant-rights activists point out that immigrants pay taxes, too. And that their U.S. citizen children could lose benefits under the proposal.

Health care researchers at Harvard and Tufts say immigrants actually pay more into the U.S. health care system — including Medicare — than they take out.

And some doctors, like Uwemedimo, say taking away benefits would hurt their patients, especially children.

"There's a direct link to how healthy their nutrition is, their overall growth and their brain development, especially for our young children," Uwemedimo said. "So if a family decides that they don't want assistance from a benefit, that has repercussions that will last throughout their life."