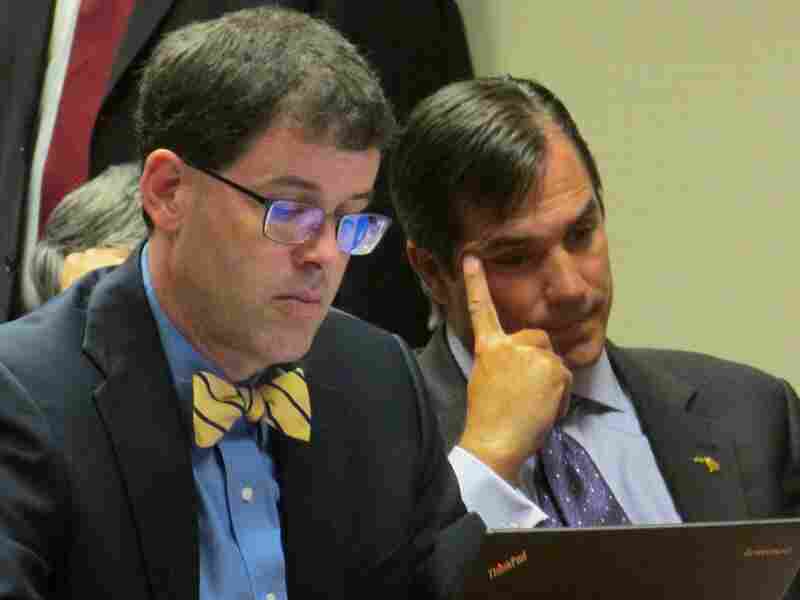 Nick Lyon (right) listens as a judge orders that he face trial on involuntary manslaughter and other charges. Steve Carmody/Michigan Radio hide caption 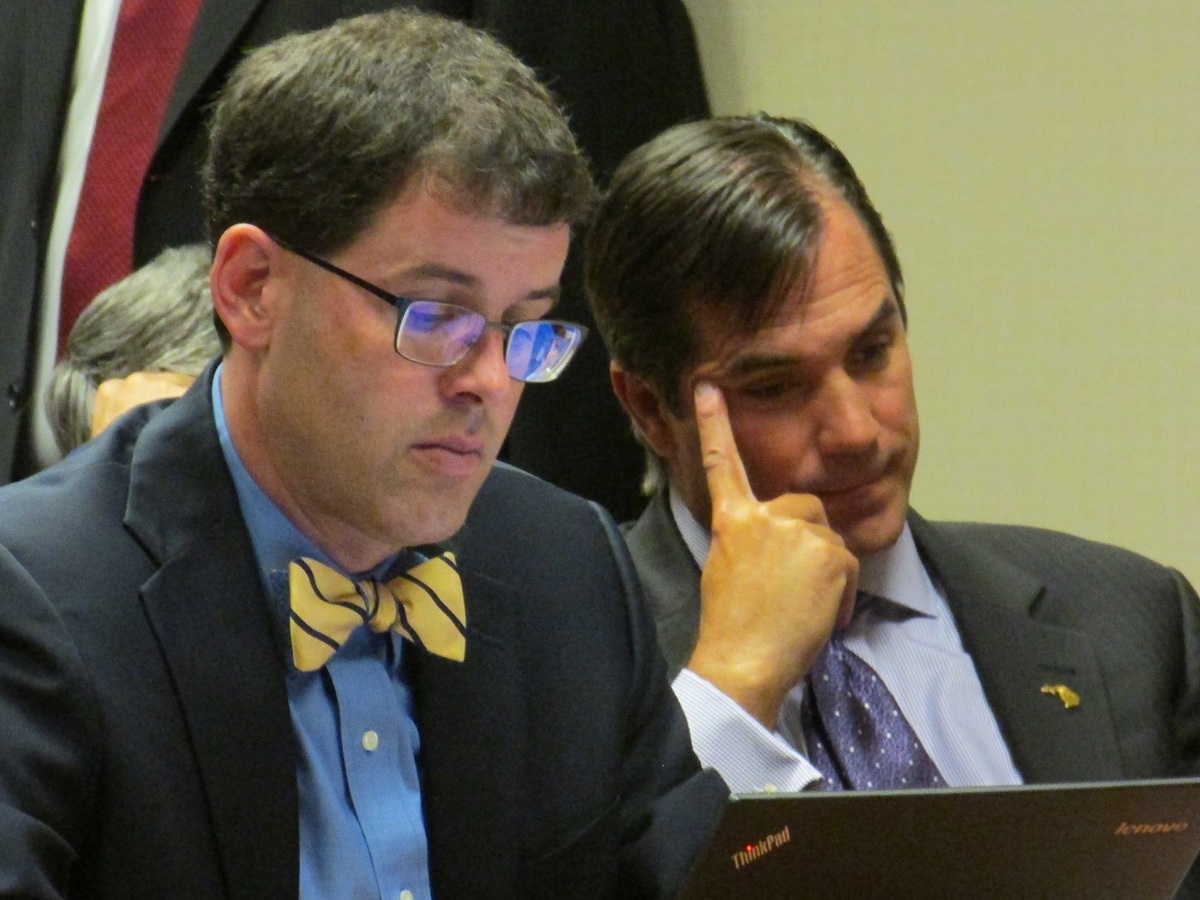 Nick Lyon (right) listens as a judge orders that he face trial on involuntary manslaughter and other charges.

District Judge David Goggins on Monday decided the state has enough evidence to warrant bounding Nick Lyon, director of Michigan's Department of Health and Human Services, over for trial. The charges stem from the deaths of two men from Legionnaires' disease in 2015.

"The victims' deaths, that is Robert Skidmore and John Snyder, their deaths were caused by this neglect of the defendant," Goggins read from his opinion, "in [Nick Lyon's] failure to act appropriately with regarding to disseminating notices to the public."

Lyon and other state department officials were aware of a deadly Legionnaires' disease outbreak in Genesee County in January 2015. But the department did not issue a public advisory about the outbreak until January 2016. The department did advise doctors and medical institutions in 2015. Between 2014 and 2015, at least a dozen people died from Legionnaires' disease in Genesee County, and dozens more were sickened. Evidence connecting the Legionella bacteria outbreak to Flint's ill-fated drinking water switch in 2014 is disputed.

In addition to two counts of involuntary manslaughter, Lyon is charged with misconduct in office and willful neglect of duty.

"What we're looking at today is the first step and the next step for justice for the moms, the dads and kids of Flint," said Andrea Bitely, a spokeswoman for the Michigan Attorney General's Office.

Flint Mayor Karen Weaver praised the decision to send the case to trial.

"The people of Flint have been traumatized by the actions, or lack of actions, by State officials," Weaver said in a written statement. "This is a good step on the road to recovery and healing for the people of Flint. I hope that the State continues to be held accountable for the State's decisions."