Accessibility links
'Sight' Is A Penetrating Vision Of Motherhood, Science And More Jessie Greengrass' novel is packed with shimmering sentences and poetic paragraphs from a narrator who's never content to drift along, but must probe "the convoluted crenellations of the mind."

'Sight' Is A Penetrating Vision Of Motherhood, Science And More

'Sight' Is A Penetrating Vision Of Motherhood, Science And More 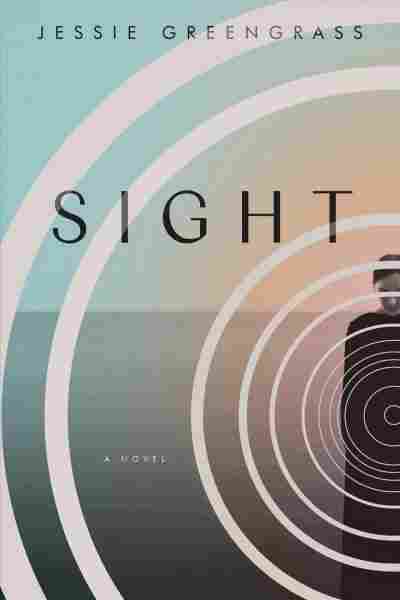 Jessie Greengrass' Sight is one of those books that critics rave about, yet many readers wonder why. Here's why: Shimmering sentences and long paragraphs that unspool like yellow brick roads, winding toward emerald cities of elusive, hard-to-express insights. A definition of love as an "encumbrance of minutiae" which both anchors and defines you. Observations like this: "The price of sight is wonder's diminishment."

Yet as much as I admire Greengrass' mental and verbal felicity, I also understand that her book is unlikely to appeal to readers looking for entertaining, character-driven plots. I had to double-check that Sight is a novel, because it reads so much like a memoir. However wondrously articulate, it is heavy with obsessive worries and sad memories and research-based disquisitions on three scientists whose work revealed previously hidden aspects of human beings: Wilhelm Röntgen, the Nobel Prize-winning inventor of X-rays; John Hunter, an 18th century surgeon and anatomist; and Sigmund Freud, whose analysis of his daughter, Anna, helped plumb the unconscious.

The narrator is an overthinker, neurotic or perhaps chronically depressed, who is determined to become transparent to herself through rigorous reflection. "It strikes me as extraordinary, now, that we should be so hidden from ourselves, our bodies and our minds so inaccessible, in such large part uncharted," she writes halfway through this meditation on the limits of subjective knowledge.

Pregnant with her second child, Greengrass' unnamed narrator revisits the fraught indecision that preceded her first pregnancy. (Her partner, Johannes, has the patience of a saint.) Watching their young daughter play underscores her sobering conviction that, beginning with birth, a child's mandate is to grow apart from its mother. She feels childbirth as an amputation, and describes her newborn's first moments with the words, "The cord is cut; our separation starts." (Honey, I wanted to tell her, wait till adolescence.)

The book, written in a fragmentary style that suggests the recurrence of a jittery mind's preoccupations, lurches around in time, though it's more tightly constructed than it first appears. The narrator returns repeatedly to her earlier reproduce-or-not-to-reproduce quandary, her scientific fixations, and the seminal, traumatic loss of her mother when she was in her early 20s. (Her father left them long ago.)

She also recalls her intense, far from cozy maternal grandmother, a psychoanalyst with whom she stayed every August. Doctor K, as even the narrator calls her, takes her work so seriously she tries to analyze her daughter and young granddaughter over breakfast. She indoctrinates her only grandchild early: "She told me that without reflection, without the capacity to trace our lives backwards and pick the patterns out ... we do little more than drift upon the surface of things and self-determination is an illusion."

Greengrass' narrator never drifts on the surface of things. There were times when I wished she'd lighten up and take a break from "the drive to exhume that now turns my quiet moments into imperfect acts of reminiscence," or from trying, like Freud, to unfold "the convoluted crenellations of the mind."

Fortunately, her mother provides a humanizing influence. When the narrator is distressed about her father's departure, her mother's tender ministrations are comforting, while her grandmother's cerebral response — "It is important that we talk about these things" — is not. Later, wiping her feverish daughter's brow at night, Greengrass' narrator reports movingly, "I see the outline of my mother's hand beneath the skin of mine as they go through the ritual of water and cloth ... and I hear her voice in mine performing the liturgy of endearments, those sibilant invitations to returning to sleep."

'Sight' delves into a lot in under 200 pages: Mothers and daughters, birth and death, loss and grief, finding one's balance, the ardor and arduousness of scientific discovery.

Motherhood has been a hot topic in serious literature of late — the focus of books like Sheila Heti's Motherhood and Anna Prushinskaya's A Woman Is a Woman Until She Is a Mother, to name just two. It's not surprising that the wonder of procreation and the daunting prospect of being responsible for a new, dependent human being bowls over each generation in turn. (I remember my mother warning me during my first pregnancy: "It'll change your life." Biggest understatement ever.) But now, perhaps because the marriage-motherhood conveyor belt is no longer the default mode on which women are assumed to ride through life, this generation of prospective mothers, more than most, are grappling more deeply and openly with powerful ambivalences about maternity.

Sight delves into a lot in under 200 pages: Mothers and daughters, birth and death, loss and grief, finding one's balance, the ardor and arduousness of scientific discovery. But it is also a book about the limits of knowledge – learning to accept them, yet continuously pushing to expand their boundaries. Readers willing to give themselves over to Greengrass' penetrating vision will surely expand theirs.