Accessibility links
2nd Overboard Case In Less Than 2 Months For Norwegian Cruise Lines It is not clear how the woman went overboard from the Norwegian Star, but the Adriatic's warm water is credited with helping keep her alive for 10 hours until rescue arrived. 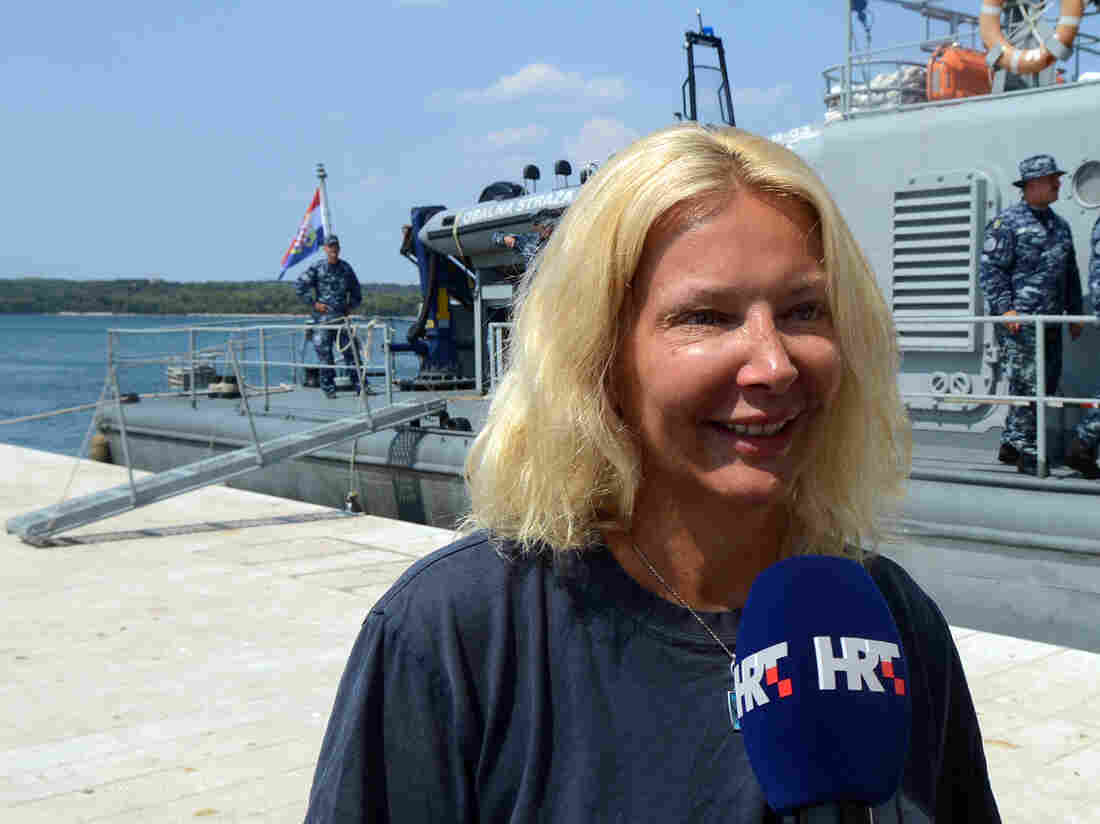 British tourist Kay Longstaff speaks to the media upon her arrival in Pula on a Croatian coast guard ship on Sunday. AFP/Getty Images hide caption 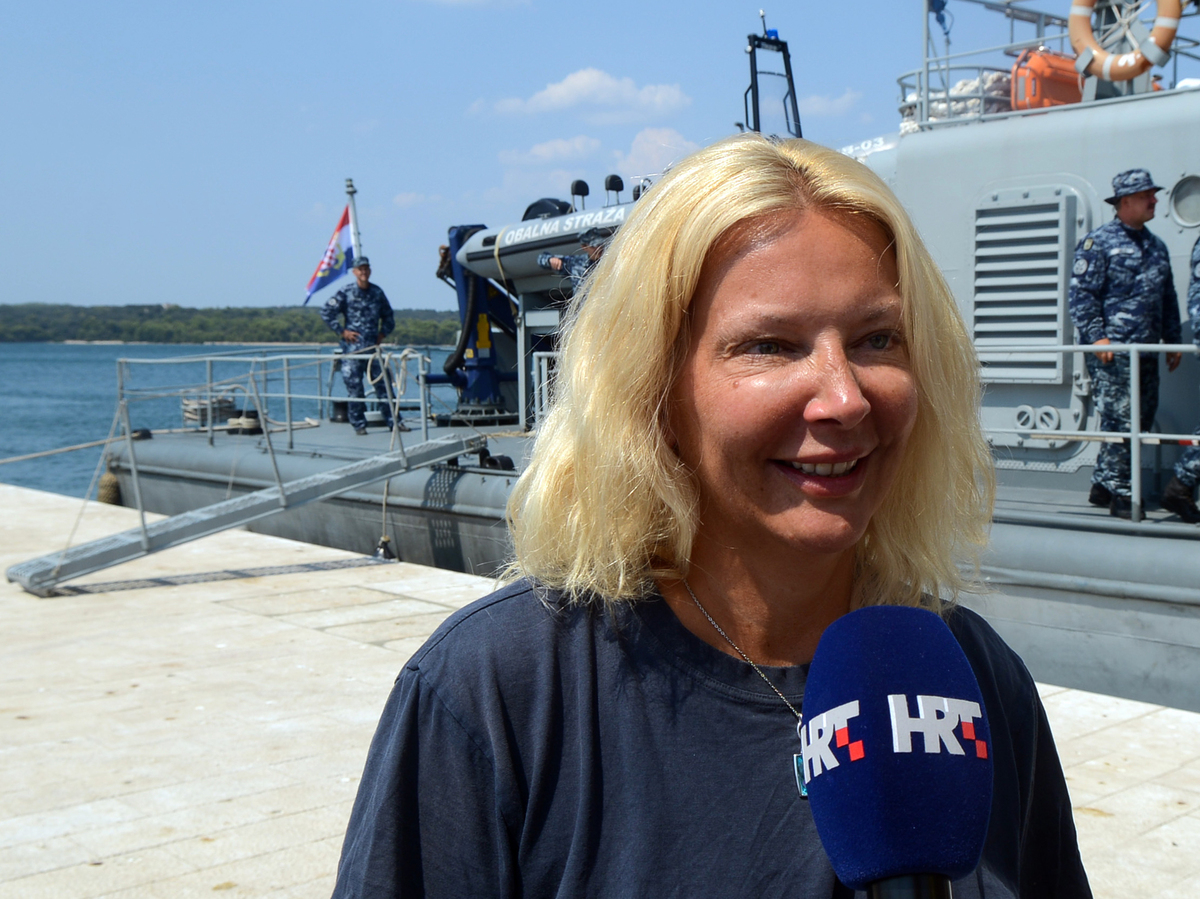 British tourist Kay Longstaff speaks to the media upon her arrival in Pula on a Croatian coast guard ship on Sunday.

A British woman who spent 10 hours treading water in the Adriatic Sea after going overboard from a cruise ship was released from the hospital on Monday following treatment for hypothermia.

It is unclear exactly how Kay Longstaff went into the water from the aft deck of the Norwegian Star cruise ship off the Croatian coast, but the captain of the vessel, Lovro Oreskovic, told Sky News that she credited yoga for keeping her fit enough to survive the night.

"It is a real miracle that she is alive," Oreskovic was quoted by Sky News as saying. "It's obvious that she's very fit."

David Radas from the Croatian Ministry of Maritime Affairs told the BBC that Longstaff was suffering from hypothermia when she was rescued by the Croatian coast guard.

"I was in the water for 10 hours, so these wonderful guys rescued me," Longstaff, 46, said in an interview with Croatia news service HRT, according to Sky News.

"I am very lucky to be alive," she added.

Hospital director Irena Hristic told Sky News that Longstaff, a former flight attendant, "swam all the time and was conscious."

Longstaff is believed to have gone overboard around 60 miles south of Pula at about a quarter to midnight on Saturday night. She was rescued at 10:30 a.m. Sunday.

Physical fitness aside, Longstaff also likely owes her survival to the warm waters where she went overboard. Seatemperature.org reports water temperatures in the area at this time of year range between 72 degrees and 86 degrees Fahrenheit.

In a statement issued to Quartz, Norwegian Cruise Lines wrote:

"In the morning of August 19th, a guest went overboard as Norwegian Star made her way to Venice. The Coast Guard was notified and a search and rescue operation ensued. We are pleased to advise that the guest was found alive, remains in stable condition, and is being treated in Croatia. We are very happy that the individual, who is a UK resident, is now safe and will soon be reunited with friends and family. We remain in contact with the guest and her family. We continue to cooperate with authorities investigating this matter."

"Out of more than 24.7 million cruise passengers in 2016, there were nine such incidents involving passengers, or about one incident per 2.7 million passengers," the industry group reported. And for those who do go overboard, the association said, that "without exception" they are the result of an "intentional or reckless act."

Miami-based maritime lawyer Jim Walker, who tracks cruise ship-related sea rescue missions, wrote that Longstaff is now the second person in less than two months to fall overboard from a Norwegian Cruise Line. He noted that in both instances, the cruise ship headed back toward its intended destination before the missing person had been rescued.