Accessibility links
Paul Manafort Found Guilty On 8 Of 18 Counts In Federal Tax And Bank Fraud Trial Donald Trump's former campaign chairman was convicted of eight of the 18 counts with which he had been charged. A mistrial was declared on the other 10. 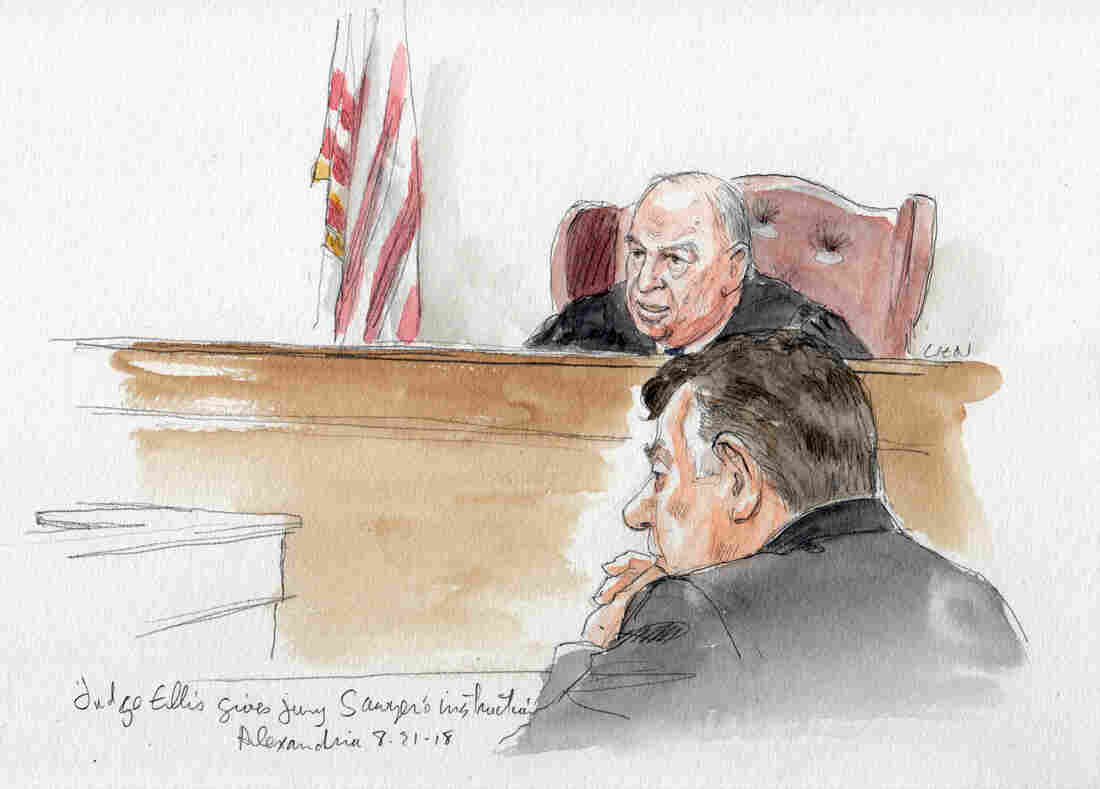 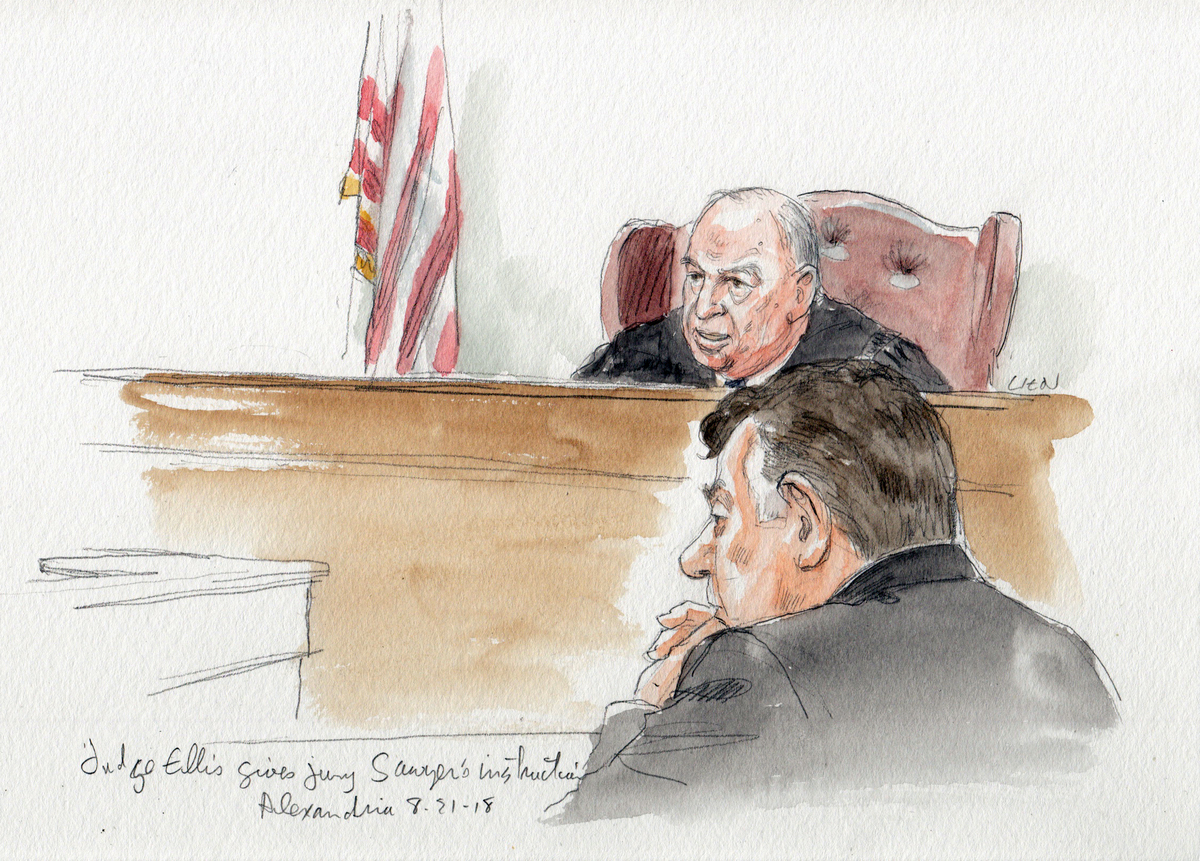 A federal jury on Tuesday found Donald Trump's former campaign chairman, Paul Manafort, guilty on eight of the 18 charges he faced in his tax and bank fraud trial.

The verdict delivered a painful fall from grace for a top political operative who has advised presidents from Gerald Ford to Donald Trump and a shot in the arm to an investigation derided by President Trump as a "witch hunt."

Judge T.S. Ellis III declared a mistrial on the other 10 counts. Prosecutors have until Aug. 29 to notify the judge if they are going to retry Manafort on those counts.

The Manafort trial marked the first public court test of the work by Justice Department special counsel Robert Mueller, who was appointed 15 months ago to investigate Russian interference in the 2016 election and any American conspirators.

As is their practice, government lawyers made no comment after the verdict.

Manafort lawyer Kevin Downing told reporters outside the courthouse that Manafort is evaluating his options.

"Mr. Manafort is disappointed at not getting acquittals all the way through or a complete hung jury on all counts," Downing said.

Manafort blinked slowly as the first few charges were read, but he said nothing. He was led out of the court by U.S. Marshals Service deputies but was not handcuffed.

"It doesn't involve me, but I still feel, you know, it's a very sad thing that happened. This has nothing to do with Russian collusion ... This is a witch hunt and a disgrace," Trump said.

Mueller's supporters said Manafort's conviction showed just the opposite: how real the work of the special counsel's office actually is.

Virginia Sen. Mark Warner, the top Democrat on the Senate intelligence committee, also used a statement to warn Trump against disrupting the special counsel's office or trying to vitiate the work of the jury.

"This verdict makes it absolutely clear that the Mueller probe is not a 'witch hunt' — it is a serious investigation that is rooting out corruption and Russian influence on our political system at the highest levels.

Sometime Trump ally Sen. Lindsey Graham, R-S.C., however, underscored that neither Manafort's conviction nor the separate case involving Trump's former attorney Michael Cohen had established any collusion between the Trump campaign and the Russian attack on the 2016 election. On Tuesday, Cohen pleaded guilty to eight federal charges, including campaign finance violations, in federal court in New York.

The American legal system is working its will in both the #PaulManafort and #MichaelCohen cases.

Thus far, there have yet to be any charges or convictions for colluding with the Russian government by any member of the Trump campaign in the 2016 election.

No sentencing hearing has been scheduled so far. Manafort was expected to be returned to custody; another federal judge had ordered that he be confined after he was charged with witness tampering in another case.

Manafort is set to go on trial in a separate federal case in September in Washington, D.C. He has also been charged with conspiracy and failing to register as a foreign agent in that case.

Jurors had been deliberating since Thursday and had sent a few notes to Ellis asking questions about their work. He had urged them to continue to try to reach consensus on all the charges but that did not appear to be possible by Tuesday afternoon.

The judge had allowed lawyers for the government and Manafort to read the notes sent into court by the jury.

The deliberations followed two weeks of evidence and testimony.

The government says Manafort hid income from foreign consulting from the IRS and then, when that work dried up, lied to banks to qualify for loans to sustain his lavish lifestyle.

Manafort's defense attorneys say he didn't pay close enough attention to his personal finances in order to have deliberately broken the law, and they sought to damage the credibility of the star witness in the case, former Manafort protégé Rick Gates.

A breaking news alert sent for this story at about 5 p.m. ET incorrectly said Paul Manafort was convicted of eight counts of fraud. Not all of the convictions were for fraud.