Accessibility links
No More Cages: New Animal Cracker Packaging Sets The Mighty Beasts Free "To continue to make the brand relevant for years to come, we felt this was the right time for the next evolution in our design, now showing the animals in a natural habitat," said the company. 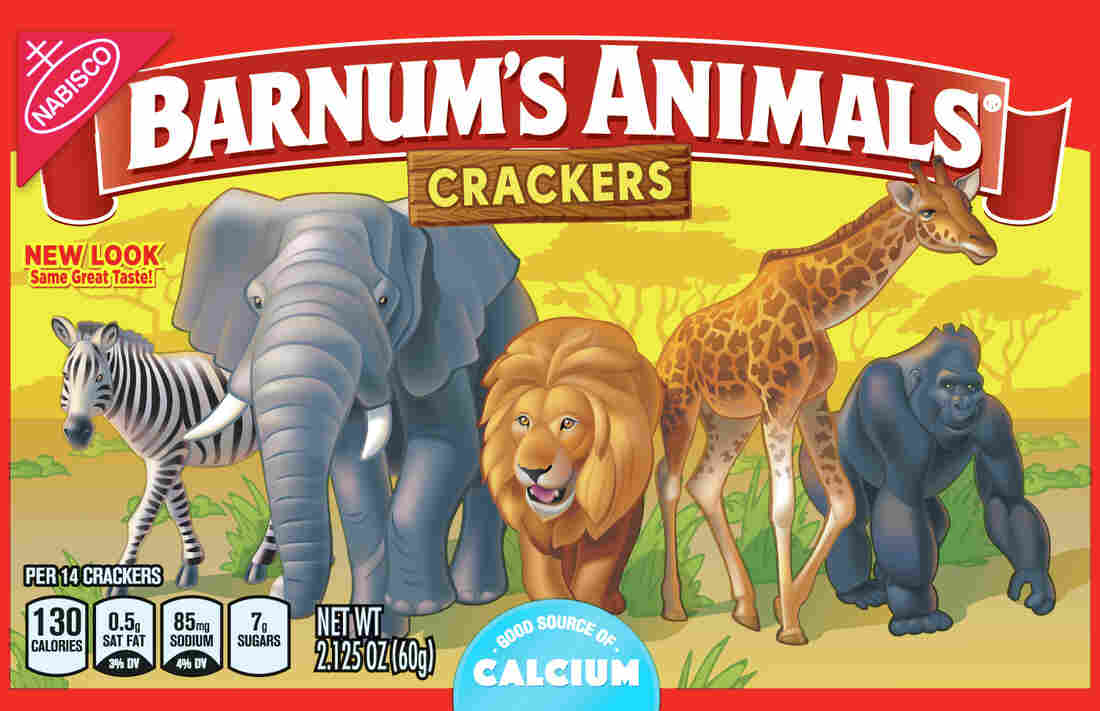 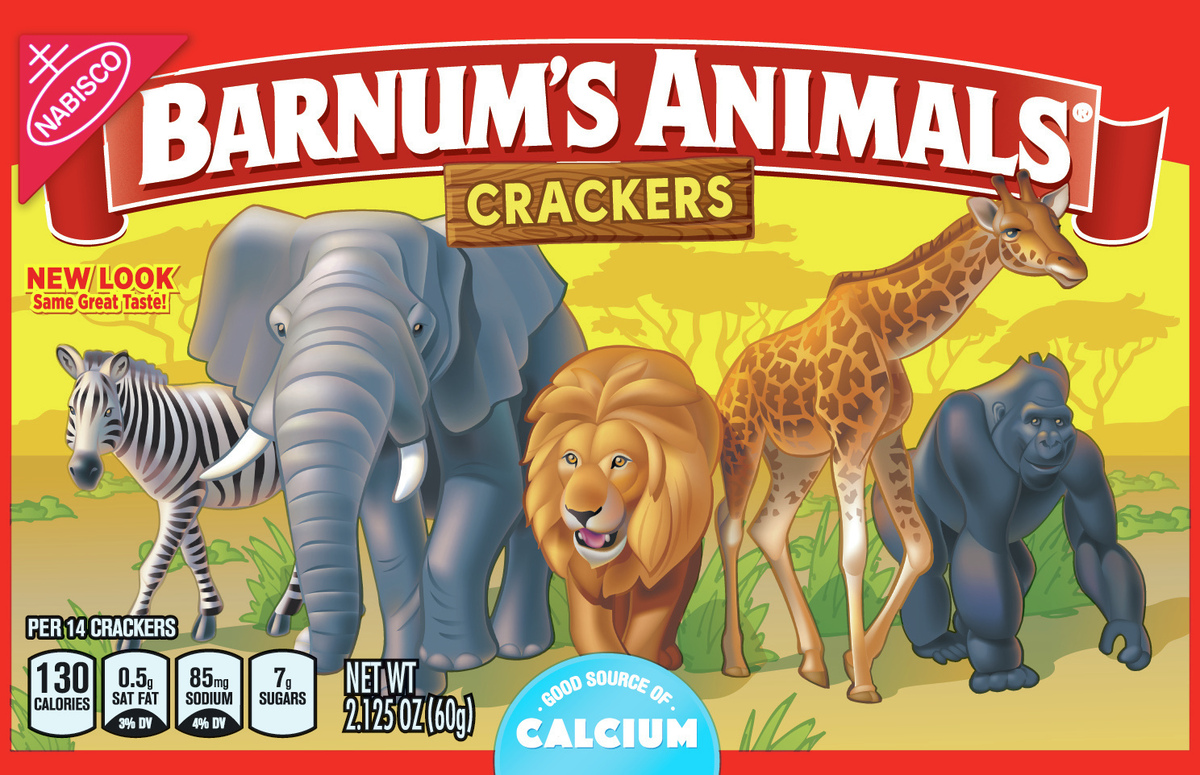 Lions and tigers and bears are now roaming free — on the box for Barnum's Animals crackers.

For more than a century, the animal cracker packaging has shown the mighty beasts locked behind bars in a circus boxcar.

A spokeswoman for Mondelez International, Nabisco's parent company, said it was time for a change.

'A Kingdom On Wheels': The Hidden World That Made The Circus Happen

"To continue to make the brand relevant for years to come, we felt this was the right time for the next evolution in our design, now showing the animals in a natural habitat," said Mondelez's Kimberly Fontes. 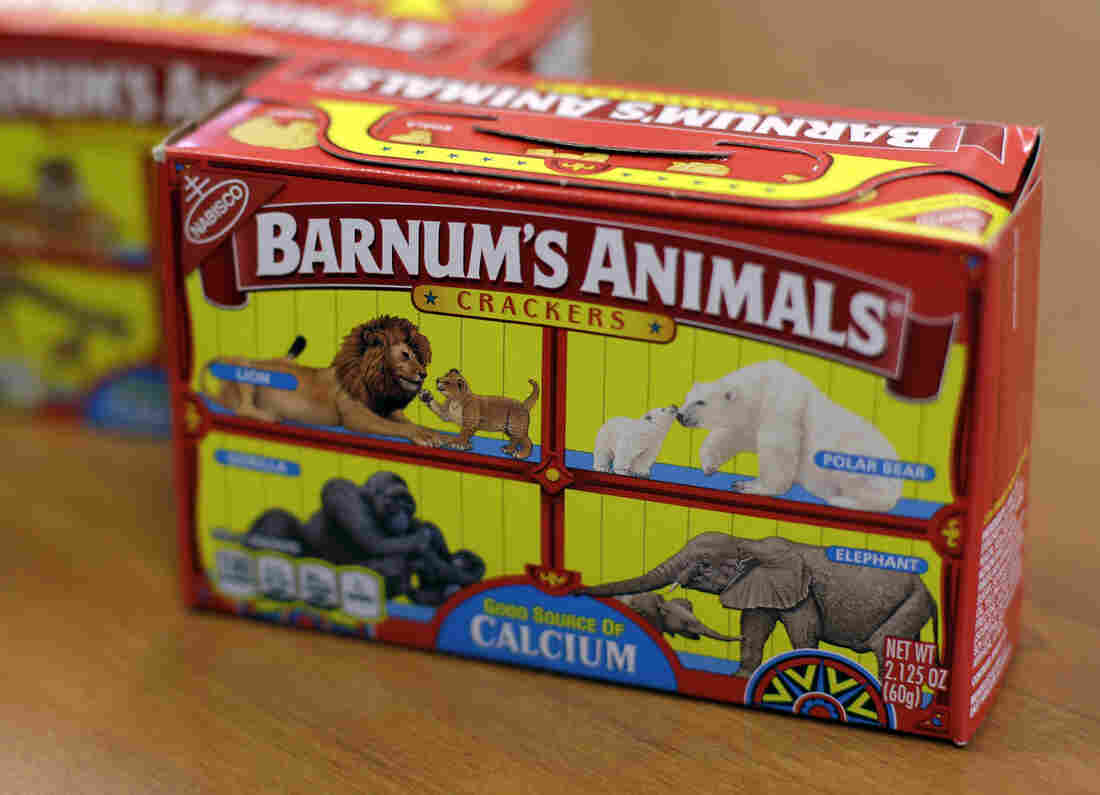 After more than a century behind bars like this box, the beasts on boxes of animal crackers are roaming free. Kiichiro Sato/AP hide caption

People for the Ethical Treatment of Animals had asked for a change in the design. The group has opposed using animals in circuses for decades, as NPR reported. Last year, Ringling Bros. and Barnum & Bailey Circus announced they were shutting down after nearly 150 years following pressure from animal rights groups and declining ticket sales.

In 2015, the circus decided to stop having elephants in its shows, one of the reasons the company thought attendance was dropping.

For PETA, the new box design is indicative of a cultural shift.

"Big victories can come in small packages, and no matter where we look, we find new evidence that people are embracing compassion for animals like never before," PETA said in a statement, saying they participated in discussions with the company about the redesign.

"The new box for Barnum's Animals perfectly reflects that our society no longer tolerates caging and chaining exotic animals for circus shows," PETA adds. "No living being exists simply to be a spectacle or to perform tricks for human entertainment, yet all circuses and traveling shows that use animals treat them as mere props, denying them everything that's natural and important to them."

The company notes that they have previously "leveraged and evolved our classic design to drive awareness around key animal and environmental issues." For example, The Associated Press notes these "limited-time special editions":