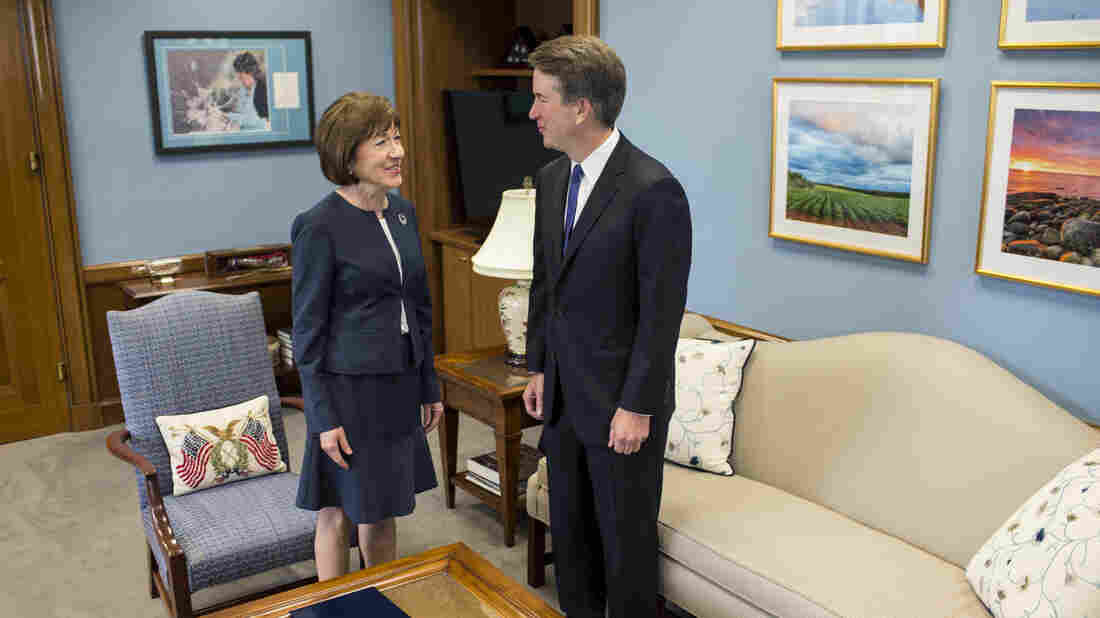 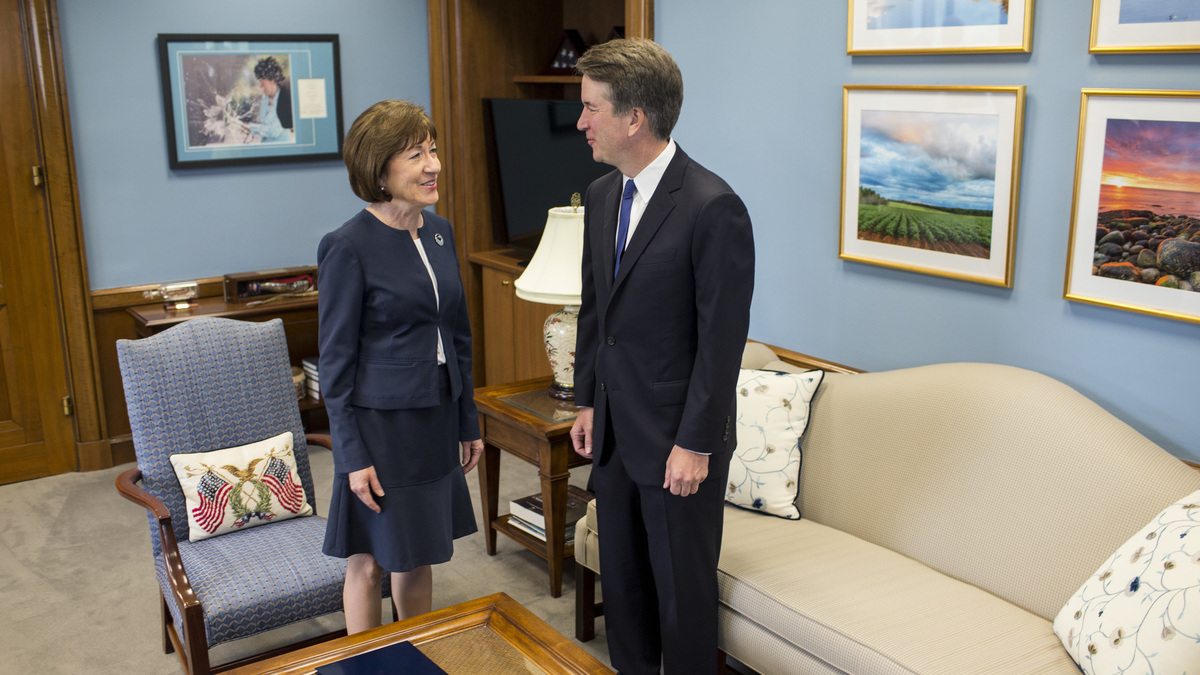 "We covered a wide range of issues, and it was very helpful, very productive and very important," Sen. Susan Collins said of her meeting with Supreme Court nominee Brett Kavanaugh on Tuesday.

That assurance, made during a Tuesday morning meeting in the Maine senator's office that lasted more than two hours, likely goes a long way toward securing a key vote for Kavanaugh's confirmation.

Collins supports abortion rights and made sure to point out she viewed the 1973 decision as "settled law" in her initial reaction to the news that abortion rights swing vote Anthony Kennedy was retiring from the Supreme Court.

"We talked about whether he considered Roe to be settled law," Collins told reporters after the meeting. "He said that he agreed with what Justice Roberts said at his nomination hearing, at which he said that it was settled law."

Democrats quickly questioned the value of Kavanaugh's statement, especially given President Trump's repeated promise during the 2016 presidential campaign to appoint nominees who would "automatically" overturn Roe.

But with nearly all Democrats likely to vote no, Kavanaugh's key audience isn't Schumer — it's moderates like Collins and Alaska Republican Sen. Lisa Murkowski.

Murkowski also supports abortion rights, and with Republicans holding a slim 51-49 Senate majority and Arizona Sen. John McCain on extended leave as he is treated for brain cancer, Kavanaugh very likely needs both Collins' and Murkowski's votes to be confirmed.

After her more than two hour discussion with the nominee, Collins sounded as though she is almost there. "We covered a wide range of issues, and it was very helpful, very productive and very important," Collins said. Still, the Republican said she won't make a final decision until after next month's confirmation hearings.