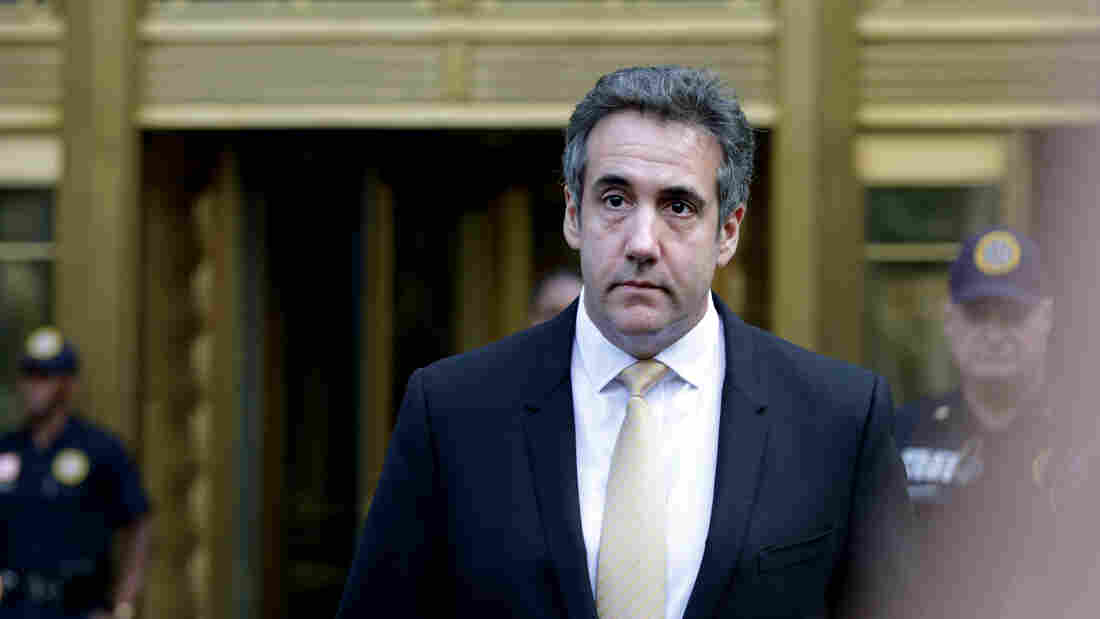 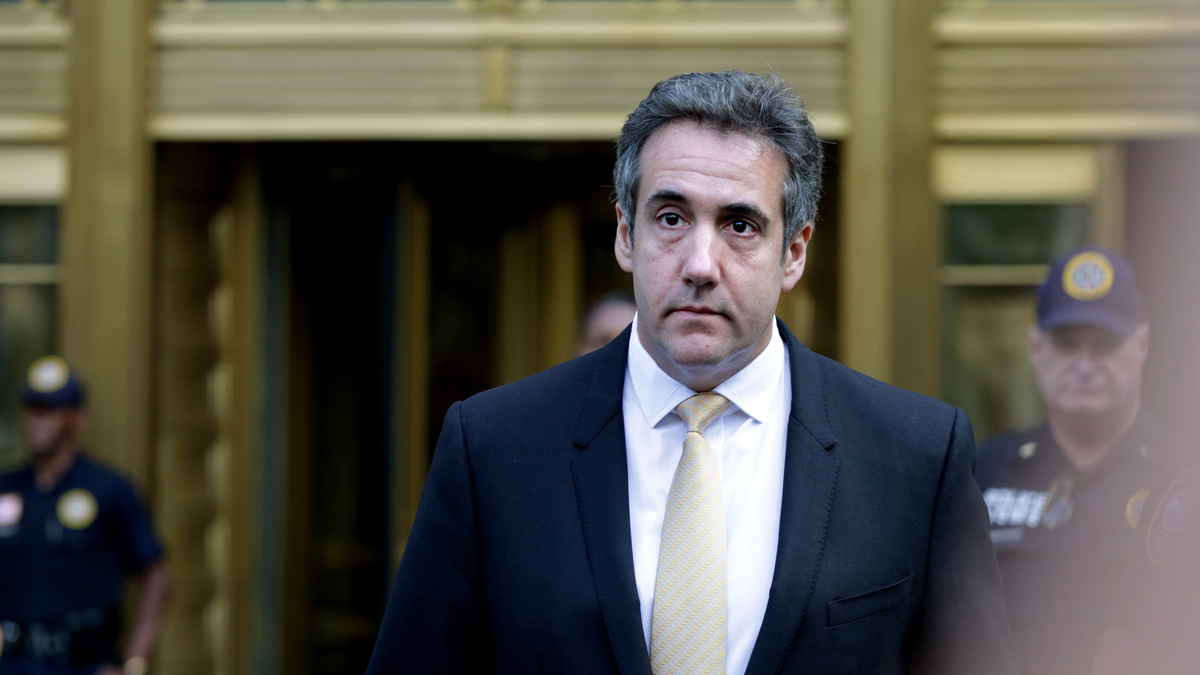 Less than 24 hours after Michael Cohen pleaded guilty to eight federal counts — ranging from tax evasion to campaign finance violations — Donald Trump's longtime attorney and fixer brushed aside the possibility of a pardon. In fact, Cohen's own lawyer, Lanny Davis, said his client would outright reject one if it were granted.

"I know that Mr. Cohen would never accept a pardon from a man that he considers to be both corrupt and a dangerous person in the oval office," Davis told NPR's Morning Edition. "And [Cohen] has flatly authorized me to say under no circumstances would he accept a pardon from Mr. Trump."

Davis said that President Trump has used his pardon power to bail out "political cronies," and that Cohen "is not interested in being dirtied by a pardon from such a man."

Conjecture about a presidential pardon picked up steam in the hours after Cohen's guilty plea Tuesday, in which he implicated Trump in unlawful campaign contributions. Cohen could face up to about five years in prison under federal sentencing guidelines, according to his plea agreement, though a judge will make a final determination.

In court on Tuesday, Cohen did not name the president but mentioned "a candidate for federal office," a clear reference to Trump. Davis later underscored that Cohen was talking about the president.

Cohen told the court he had coordinated payments — at the candidate's direction — to stifle stories from two women. The women were not identified by name, but the facts laid out in court papers make clear they are former Playboy model Karen McDougal and adult film actress Stephanie Clifford, aka Stormy Daniels. Both women said they had affairs with Trump and were paid to keep silent. The White House denies the allegations.

The statement from Cohen, made under oath in court, provided a stunning exclamation point to the disintegration of his relationship with Trump. Cohen had long professed his loyalty to the president, even once famously declaring that he would take a bullet for him.

Now @MichaelCohen212 is committed to continue to do so going forward as can be seen from his sworn statement in federal court today about @realDonaldTrump instruction to @MichaelCohen212 to pay money to 2 women that Mr. Cohen admitted was a campaign finance law violation (2 of 3)

Trump has acknowledged that he paid Cohen between $100,000 and $250,000 last year. Trump and his personal lawyer, Rudy Giuliani, have said the president reimbursed Cohen for the payments, which Trump described as being "used to stop the false and extortionist accusations" made by Daniels. Trump also has asserted that the funds did not come from campaign coffers.

For weeks now, Trump and Giuliani have sought to distance the president from Cohen — despite a well-documented, years-long relationship. They also have repeatedly questioned Cohen's credibility.

"There is no allegation of any wrongdoing against the President in the government's charges against Mr. Cohen," Giuliani said in a statement. "It is clear that, as the prosecutor noted, Mr. Cohen's actions reflect a pattern of lies and dishonesty over a significant period of time."

If anyone is looking for a good lawyer, I would strongly suggest that you don’t retain the services of Michael Cohen!

The consistent targeting of Cohen's credibility might be driven by concern over what he knows. Cohen worked for years as Trump's personal lawyer and fixer, two roles that give him extensive knowledge of the president's business and personal dealings.

And while Cohen's plea agreement does not include a provision about cooperating with prosecutors, it also doesn't preclude that possibility in the future. This means Cohen could share what he knows with investigators, including special counsel Robert Mueller.

Asked whether Cohen is cooperating with the authorities, Davis told NPR that his client has information that Mueller might want, but he wouldn't go into specifics.

Trump, who has taken an increasingly caustic tone with Cohen, struck a sarcastic note on Twitter on Wednesday morning, saying: "If anyone is looking for a good lawyer, I would strongly suggest that you don't retain the services of Michael Cohen!"

Trump went on to compare Cohen unfavorably with his former campaign chairman, Paul Manafort, who was convicted on eight federal counts in a tax and bank fraud case the same afternoon Cohen pleaded guilty. Trump noted that the jury declared a mistrial on the remaining 10 counts against Manafort, whom Trump lauded Wednesday for having "refused to 'break' — make up stories in order to get a 'deal.' "

"Such respect for a brave man!" Trump said of Manafort, who faces a separate federal case next month in Washington, D.C.

Despite his disparate reactions to the Cohen and Manafort cases, Trump could exercise his presidential prerogative to pardon both men — a prerogative that Trump has shown little hesitation exercising since taking office.

One of those pardons Davis brought up specifically in Wednesday's interview: the one issued to former Arizona Sheriff Joe Arpaio, a staunch Trump supporter. Arpaio had been convicted of criminal contempt after defying a judge's order to stop detaining immigrants because they lacked legal status. Though Arpaio was "clearly guilty," Davis asserted, Trump pardoned him last year.

A previous version of this story incorrectly said Paul Manafort was convicted of eight counts of tax and bank fraud. Not all of the convictions were for fraud.