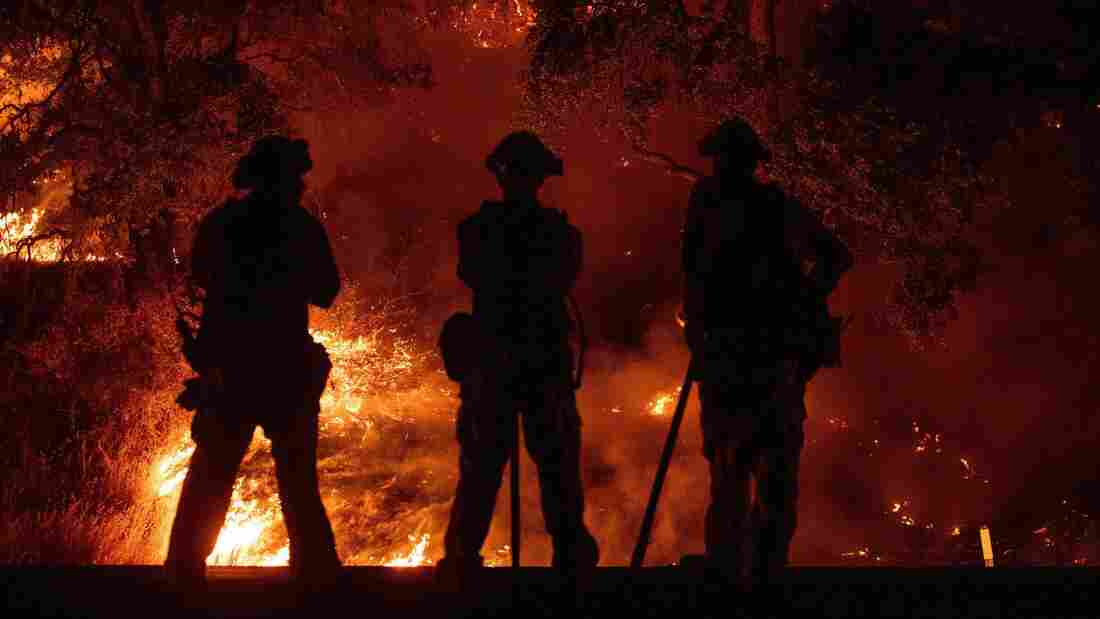 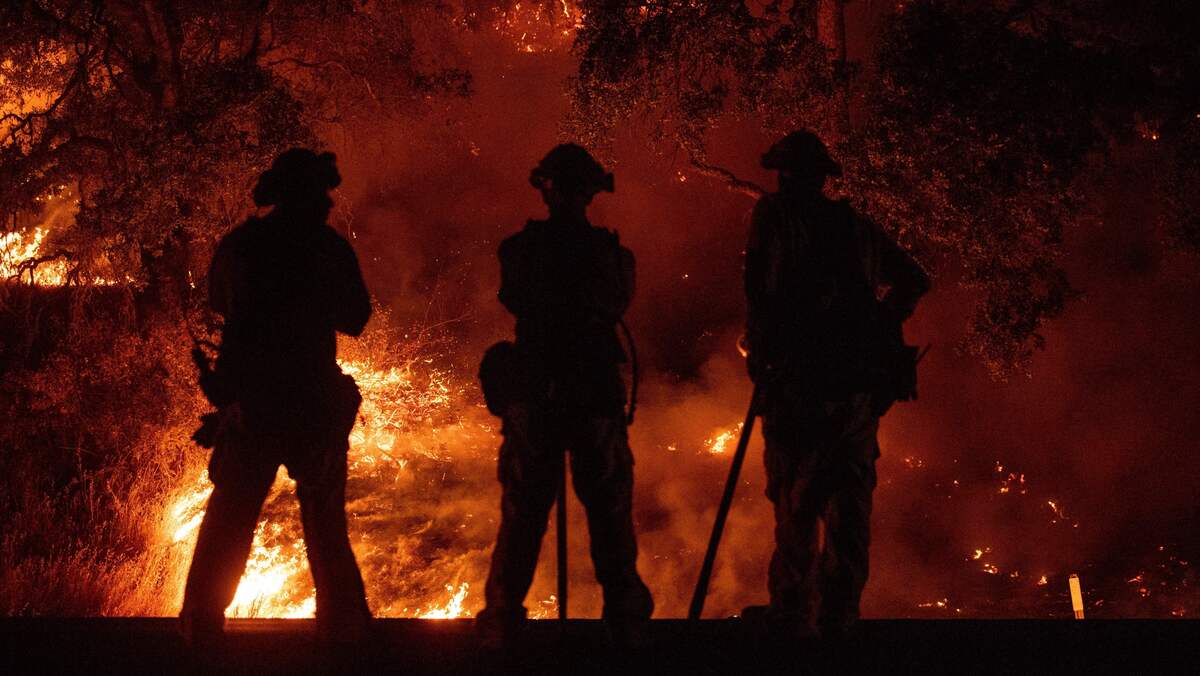 Firefighters keep watch on an area of the Mendocino Complex Fire in Upper Lake, Calif.

Just days after the massive Mendocino Complex Fire ignited in Northern California, fire officials were getting desperate in their emails to Verizon Wireless. As Santa Clara County firefighters mobilized, they discovered that Internet access had slowed to a crawl on the vehicle they were using to coordinate their response.

"Please work with us," Daniel Farrelly, a systems analyst for the Santa Clara Fire Department, entreated the company in an email dated July 30. "All we need is a plan that does not offer throttling or caps of any kind."

A few hours later, a Verizon accounts manager suggested they get an upgrade.

The fledgling blaze swelled into the largest wildfire in state history — and now, nearly a month later, the email exchange has resurfaced in an entirely different venue: the U.S. Court of Appeals for the District of Columbia Circuit.

Santa Clara County Fire Chief Anthony Bowden included the emails in his declaration supporting a petition challenging the Federal Communications Commission's decision to repeal Obama-era regulations known as net neutrality — which barred service providers from blocking or slowing Internet access or from speeding it up for a higher charge.

FCC chief Ajit Pai has called net neutrality "heavy-handed" and says its rollback is a return to the "light-touch regulatory vision" of the Internet's infancy in the 1990s.

Net Neutrality Has Been Rolled Back — But It's Not Dead Yet

But Bowden, along with more than two dozen states and local government entities, laid out his case for why the repeal actually represents a threat to public safety. In his addendum to a brief filed Monday, noted first by Ars Technica, Bowden said Verizon reduced its data rates to just one two-hundredths of what was usual — and did so at a critical time for the emergency response.

"Dated or stale information regarding the availability or need for resources can slow response times and render them far less effective. Resources could be deployed to the wrong fire, the wrong part of a fire, or fail to be deployed at all," Bowden said. "Even small delays in response translate into devastating effects, including loss of property, and, in some cases, loss of life."

The slow data speeds that befell Santa Clara firefighters late last month were eventually rectified — but only after paying a price, Bowden added.

"While Verizon ultimately did lift the throttling, it was only after County Fire subscribed to a new, more expensive plan," he said in his declaration.

In the weeks that followed the email exchange, the Mendocino Complex Fire has consumed more than 406,000 acres — or an area roughly the size of Houston. As of Wednesday, the fire was just 74 percent contained.

The Smoke In Redding, Calif., Is So Thick You Can't See The Sun Most Days

Verizon acknowledged having made a "mistake," but a company spokesperson told NPR that "the situation has nothing to do with net neutrality or the current proceeding in court."

The issue, Verizon explained, was that the department had chosen a plan that, while offering unlimited data, slowed speeds considerably once the customer had exceeded a certain amount before the end of the billing cycle.

"Regardless of the plan emergency responders choose, we have a practice to remove data speed restrictions when contacted in emergency situations. We have done that many times, including for emergency personnel responding to these tragic fires," the spokesperson said in a statement emailed to NPR.

"In this situation, we should have lifted the speed restriction when our customer reached out to us. This was a customer support mistake."

Santa Clara County officials were not buying that explanation.

"Verizon's throttling has everything to do with net neutrality — it shows that the ISPs will act in their economic interests, even at the expense of public safety," Santa Clara County counsel James Williams told Ars Technica on Thursday. "That is exactly what the Trump Administration's repeal of net neutrality allows and encourages."

Williams' comment echoes the skepticism voiced by the government petitioners.

"The Commission acted arbitrarily and capriciously in crediting
industry promises to refrain from harmful practices, notwithstanding
substantial record evidence showing that [broadband Internet service] providers have abused and will abuse their gatekeeper roles in ways that harm consumers and threaten public safety," they said in Monday's brief.

And to Bowden, the real-life stakes of that decision are plain.

"In light of our experience," he wrote, "County Fire believes it is likely that Verizon will continue to use the exigent nature of public safety emergencies and catastrophic events to coerce public agencies into higher cost plans ultimately paying significantly more for mission critical service — even if that means risking harm to public safety during negotiations."