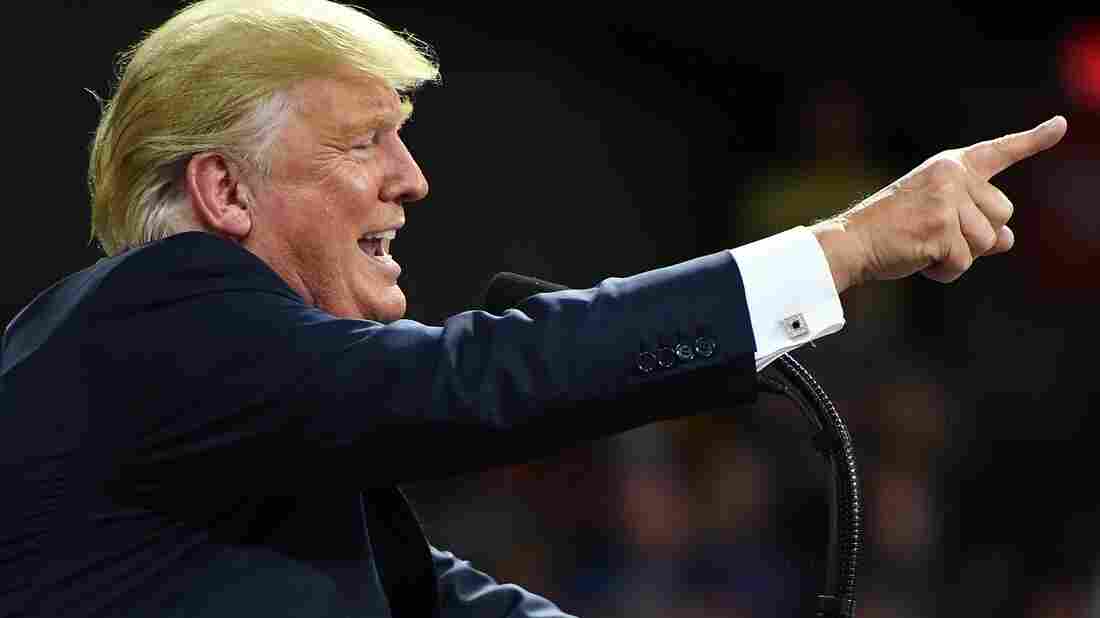 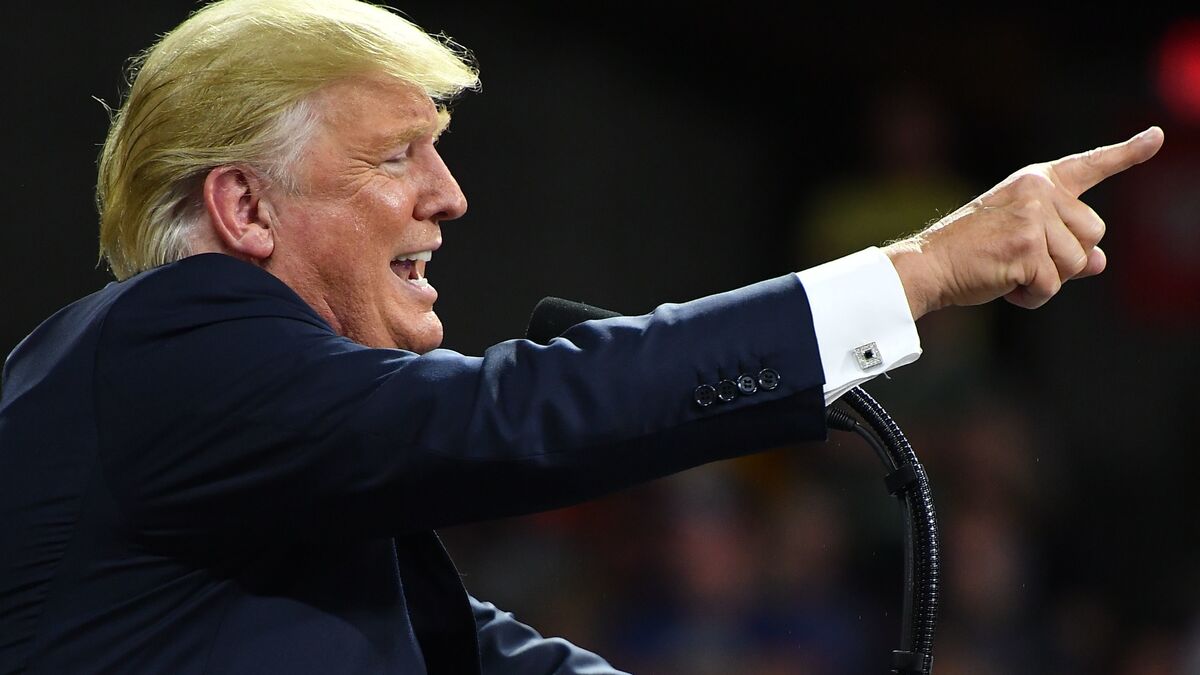 President Trump held a rally Tuesday night but waited until Wednesday to respond to the legal troubles of two close associates.

President Trump said Wednesday that he only found out "later on" about payments his former personal lawyer Michael Cohen arranged before the 2016 election to try to silence two women who claimed they had affairs with Trump.

However, Trump has been heard on a tape with Cohen discussing arranging payment to one of the women.

Cohen pleaded guilty to eight felony charges, including campaign finance violations and tax evasion. Cohen also said in court Tuesday that then-candidate Trump directed him to make the illegal payments. The president had told reporters in April aboard Air Force One that he knew nothing about the payment to one of the women, adult film actress Stormy Daniels.

But, in an interview Wednesday with Fox News' Ainsley Earhardt, Trump gave a different account, a day after Cohen pleaded guilty.

"In fact my first question, when I heard about it, was 'did they come out of the campaign?' Because that could be — a little dicey," the president continued in the interview, which will air in full Thursday morning on Fox News Channel. "And they didn't come out of the campaign, and that's big. But they weren't — it's not, it's not even a campaign violation. If you look at President Obama, he had a massive campaign violation, but he had a different attorney general and they viewed it a lot differently."

Earlier on Wednesday, Trump lashed out on Twitter, slamming Cohen, who has signaled a willingness to cooperate with special counsel Robert Mueller's investigation into Russian interference in the 2016 election. But the president expressed sympathy for his former campaign chairman, Paul Manafort, was convicted on eight counts in a federal tax and bank fraud trial on Tuesday.

Trump attacked Cohen, tweeting, "If anyone is looking for a good lawyer, I would strongly suggest that you don't retain the services of Michael Cohen!"

If anyone is looking for a good lawyer, I would strongly suggest that you don’t retain the services of Michael Cohen!

Cohen's lawyer, Lanny Davis, told NPR's Rachel Martin that his client believes Trump is "both corrupt and a dangerous person in the Oval Office" and that Cohen would not accept a pardon from Trump.

Trump's allies, including Manafort's predecessor in leading Trump's 2016 campaign, Corey Lewandowski, have questioned Cohen's credibility, calling him a "serial liar" and noting that he admitted to dishonest behavior as part of his guilty plea.

Obama's 2008 campaign did, in fact, pay $375,000 to the Federal Election Commission as a result of campaign reporting errors; others, including Republican nominee Bob Dole's 1988 campaign, also paid fines for similar reasons.

White House press secretary Sarah Sanders repeatedly insisted during Wednesday's briefing that "the president has done nothing wrong," that there were "no charges filed against him" and that "there was no collusion." As to whether Trump had lied previously to the American people about his knowledge of the payments, Sanders said that was a "ridiculous accusation." Trump has denied the affairs with Daniels and Playboy model Karen McDougal.

There has been speculation that Manafort, who has maintained his innocence, may be hoping for a presidential pardon as a reward for his loyalty. On Twitter, Trump praised Manafort, saying he feels badly for him and his "wonderful family." He added, "Such respect for a brave man!"

I feel very badly for Paul Manafort and his wonderful family. “Justice” took a 12 year old tax case, among other things, applied tremendous pressure on him and, unlike Michael Cohen, he refused to “break” - make up stories in order to get a “deal.” Such respect for a brave man!

In another tweet, Trump noted that the jury could not reach agreement on 10 of the 18 counts against Manafort.

Sanders said there are no discussions at the White House on whether to grant Paul Manafort a pardon.

Still, the White House has been relatively mum on Tuesday's developments. Sources close to the White House have acknowledged to NPR that advisers are "very worried" — or at least ought to be — about the mounting legal troubles swirling around Trump and his former associates.

Arriving in West Virginia for a campaign rally Tuesday night, Trump said he felt badly for Manafort and called him a "good man" before adding, "It doesn't involve me." Trump did not mention Manafort or Cohen during the rally, complaining only briefly about the "witch hunt," his favored term for Mueller's investigation into Russian interference.