Accessibility links
Actor André Holland Explores: 'Where I Fit, How I Fit, If I Fit' The Moonlight actor stars as a death row lawyer on the Hulu series Castle Rock. Holland says many of the characters he plays are "wrestling with ... that question of identity and where they fit." 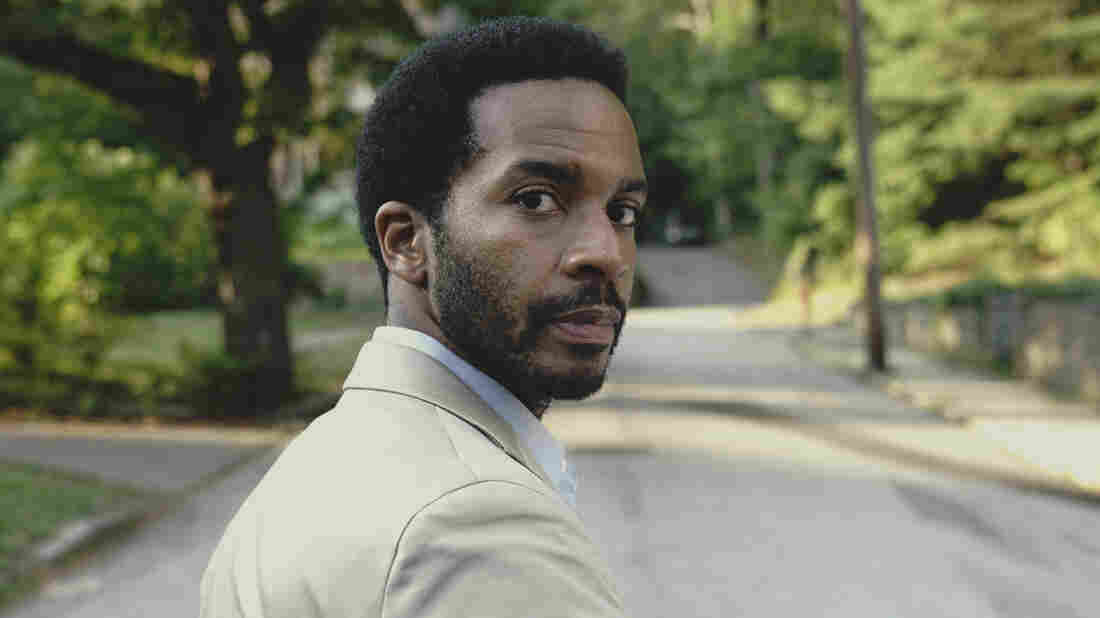 André Holland did research with the Equal Justice Initiative in order to prepare for his role as a lawyer on the Hulu series Castle Rock. Patrick Harbron/Hulu hide caption 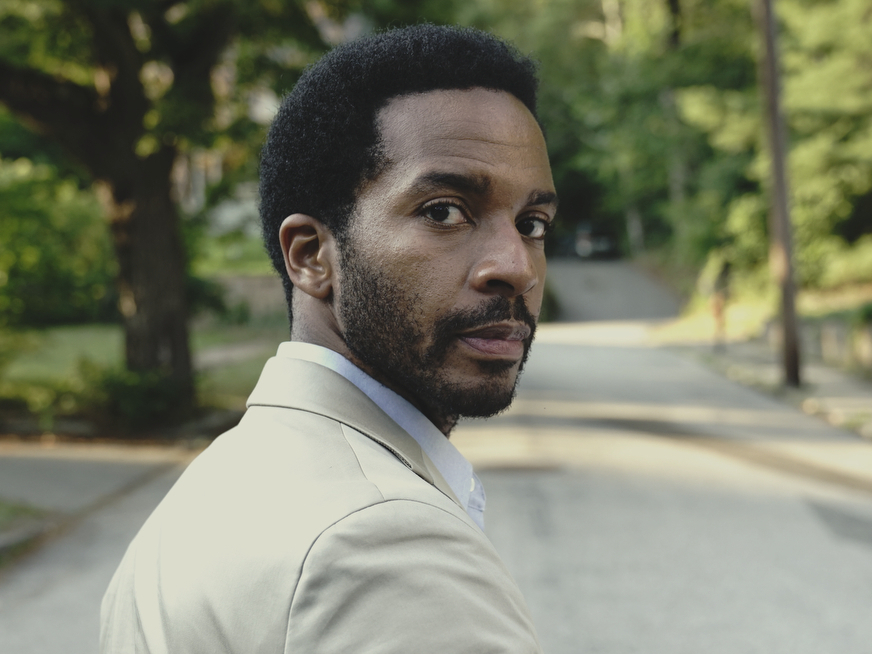 André Holland did research with the Equal Justice Initiative in order to prepare for his role as a lawyer on the Hulu series Castle Rock.

Growing up in rural Alabama, actor André Holland spent countless Friday and Saturday nights sitting around on the front porch, listening to people tell stories. Looking back now, Holland credits those evenings — and the cadences he heard on the porch — with inspiring him to become an actor.

Holland, who appeared in the film Moonlight, is currently playing Othello in Shakespeare's Globe in London — without a British accent. When he auditioned for a Shakespeare production earlier in his career, he was told by a casting agent to eliminate his "southern sound."

There's a sense, Holland says, that to do Shakespeare, you must "elevate yourself to meet the text." But he rejects that idea; his grandparents were capable of expressing complex and beautiful ideas in their own way. "The way they told those stories sounded a lot like Shakespeare," Holland says. "Even to this day, when I call home and speak to my father ... [there's a] rhythm that we communicate in, and I feel like that has as much a place on the Globe Stage or any stage as does any kind of well-spoken, well-trained, perfectly-delivered mid-Atlantic sound."

Holland also stars as a lawyer who works with death row inmates on the Hulu series Castle Rock, which is based on the work of Stephen King.

I just felt like I needed to understand what the process is that one goes through when defending an inmate who's on death row, and then also what the emotional toll is that that takes on a person. So one of the people who I spoke with ... who's an attorney there at EJI, really was very generous and walked me through it, and told me sort of step-by-step what it feels like and what some of the interactions are that she's had with inmates. ...

Part of [it] is just that living in limbo that a lot of her clients feel, that sort of day-to-day not knowing if today is going to be that last day. And the sort of desperation and the look in their eyes as she comes in to meet with them — that sort of hope and also despair and resignation as well, and what that does to her.

I just wanted to know what it felt like to carry that responsibility. She spoke about how often at the very, very last minute they'll come up with an idea that will get them to stay — that will extend the life of that individual just a little bit longer — and how sort of improvised a lot of that work is.

On getting cast in Moonlight as the oldest of three Kevins, and how he never met the younger actors playing his same character

We were cast and never met each other prior to filming. None of the Kevins met. None of the Chirons met. [Director] Barry [Jenkins] intentionally wanted it to be that way. ... He didn't want us to meet. I think he was concerned that we might fall into some sort of mimicry. ...

Yesi Ramirez, who cast the film, did a wonderful job of finding actors who had a similar sensibility and look that maybe wasn't identical, but there was an essence about us that was the same. Then Barry, some of his framing and shot selection helped to tie the three parts of the story together.

Now some of us, myself included, did sort of sneak around and I went to wardrobe one day, and — I don't know Barry knows this — and asked to see some photographs of the actor that they cast, just so I can get an idea of what it looked like, and they let me have a peek, but that was about all I could get out of them.

On growing up in Bessemer, Ala.

It was kind of a beautiful childhood, as I look back on it. ... Bessemer itself is a community that struggles financially. It's a very working class community. A lot of people are struggling and certainly were struggling back then as well, but I was raised in a house that was full of love and we never felt the lack — even though there certainly was — we never we felt it. And [I] had parents, have parents who just taught me to believe in myself, and to believe that anything was possible.

I remember opening mine and noticing that the one that I put into the box of this young girl — Brooke was her name — the one I put in Brooke's box had ended up back in my box. I opened it up and looked at it and on the front it said "Happy Valentine's Day, I love you, to Brooke from André," and I turned it over and she had written in pencil, "I hate you, n*****."

I remember holding that card and being really in shock and getting in the car with my mother later that day and sitting in the back seat and holding it and wanting to tell her what had happened, but feeling so ashamed of myself, I guess, that I didn't tell her. And instead I took it home and hid it in my dresser drawer. I still have it to this day.

On feeling "in the middle" of two communities

I had a cousin who I was very close to growing up ... and he got involved in some bad activity — essentially he and some other people who I know had a very, very bad idea to try and burglarize this little five and dime store that's in an area where we grew up in. And after they had gone in and ... they stole a few hundred dollars or whatever it was that they got, on the way out my cousin, who was 17 at the time, was shot in the back by the store owner ... and he died that night. The store owner was also my baseball coach.

[I grew up] not quite knowing where I fit, how I fit, if I fit. And a lot of the characters that I play, choose to play, are also wrestling with similar things — that question of identity and where they fit.

I've often felt sort of in the middle of that, definitely belonging to my own family and my own culture and my own neighborhood, but then also ... I went to a private school that was on the other side of town. And just not quite knowing where I fit, how I fit, if I fit. And a lot of the characters that I play, choose to play, are also wrestling with similar things — that question of identity and where they fit.