Accessibility links
3 North Carolina Confederate Monuments Will Stay In Place, Commission Decides It also recommends at least one monument to be added to the Capitol grounds that highlights the contributions of the state's African-American citizens, and new signage on the existing statues. 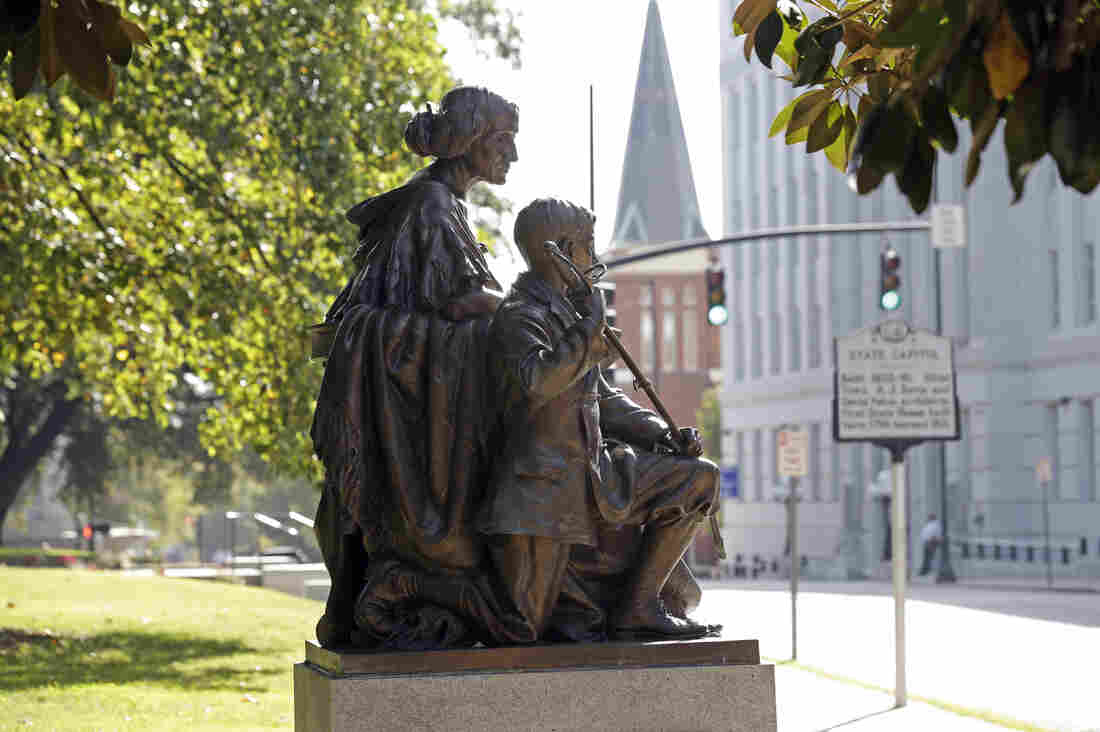 A historical commission decided that Confederate monuments at the state Capitol building in Raleigh, including this one recognizing the North Carolina women of the Confederacy, will not be moved. Gerry Broome/AP hide caption 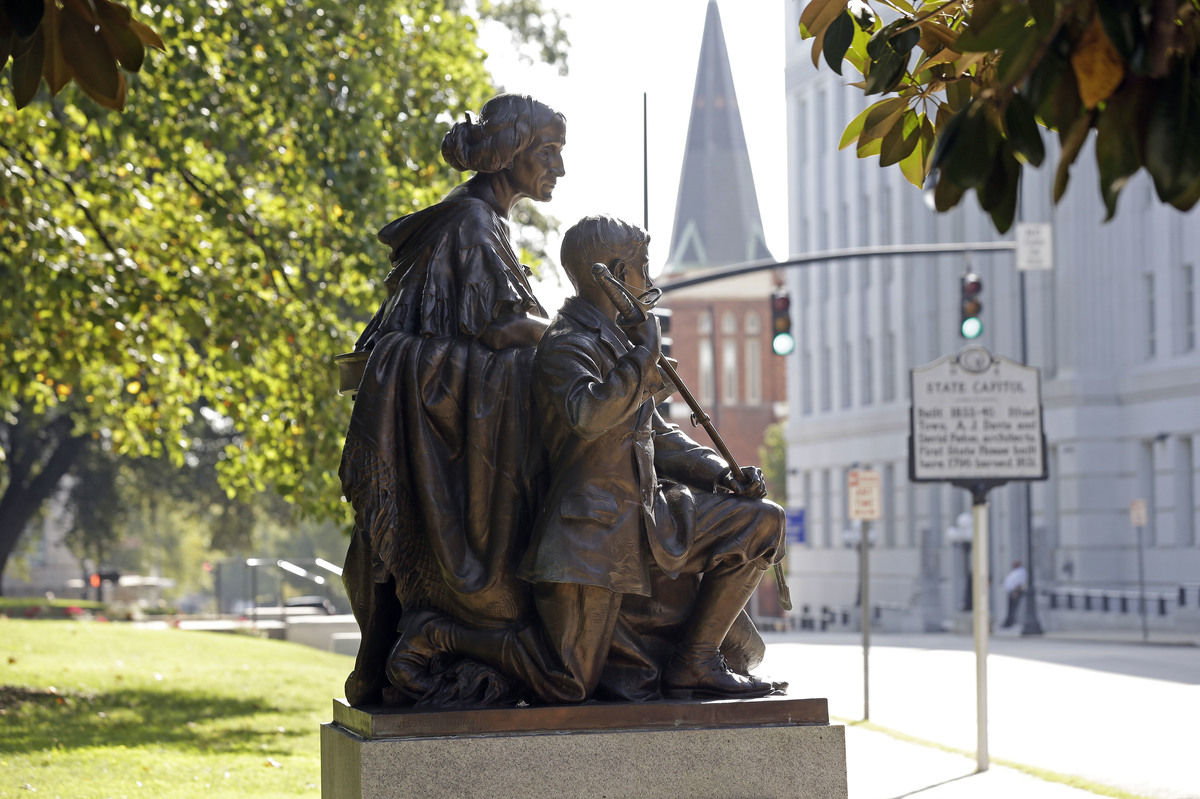 A historical commission decided that Confederate monuments at the state Capitol building in Raleigh, including this one recognizing the North Carolina women of the Confederacy, will not be moved.

As communities across the country grapple with what to do with their Confederate monuments, North Carolina has decided that three monuments at its state Capitol will remain in place.

A committee of the North Carolina Historical Commission says it finds the monuments to be "an over-representation and over-memorialization of a difficult era in NC history."

But it says its hands are tied. The commission's motion, which was passed on Wednesday, says it does not have the legal authority to recommend that the statues be moved because of a 2015 North Carolina law, "because removal or relocation is not required to preserve these three monuments."

Two of the 11 members of the commission voted against that motion, according to WUNC's Jason deBruyn.

The commission says it wants to see "additional signage with historical facts and context" near the monuments "to ensure that the significant contributions of African-Americans are presented along with an explanation of the struggles they endured in NC as they fought for civil rights and social justice."

It also recommends that at least one monument be added to the Capitol grounds that highlights the contributions of the state's African-American citizens.

This comes just two days after demonstrators knocked down a monument at the University of North Carolina at Chapel Hill that memorializes fallen Confederate soldiers.

"A crowd of about 250 students, faculty and local residents carrying banners that condemned white supremacy stormed the bronze sculpture and, using ropes, brought it crashing down from its century-old pedestal," NPR's Vanessa Romo reported.

In a statement after the commission's decision, North Carolina Gov. Roy Cooper said he wants to see the state legislature change the law that prevents it from moving the monuments.

"It is time for North Carolina to realize that we can document and learn from our history without idolizing painful symbols," said Cooper, who is a Democrat. "The General Assembly needs to change its 2015 law so our state and its people have a better path to remove or relocate these monuments safely."

Cooper mentioned the chaotic events that transpired two nights before at UNC. "I don't agree with or condone the way that monument came down, but protesters concluded that their leaders would not – could not — act on the frustration and pain it caused," he added.

Last year, Cooper requested moving the statues to a Civil War battlefield "to ensure their preservation," The Associated Press reported.

"Our Civil War history is important, but it belongs in textbooks and museums – not a place of allegiance on our Capitol grounds," he wrote last year. Several days before that, a man drove a car into a crowd of people demonstrating against a white supremacist rally in Charlottesville, killing a woman named Heather Heyer.

"One commissioner said this was, just to give you a visual, a chessboard of monuments on the state Capitol grounds in Raleigh — but that it was a chessboard stuck in time and that it needed to be updated in some way," WUNC's Will Michaels told Here & Now. "And another commissioner said the over-representation of Confederate monuments in this space was not defensible."

"The statues in Raleigh have been vandalized a few times in recent years, according to a record compiled by a state official for the Historical Commission," The News & Observer reported. "But the Raleigh monuments have not been the target of persistent, organized protests."

House Republicans had "warned the commission that it did not have the authority to move the statues," the newspaper added.