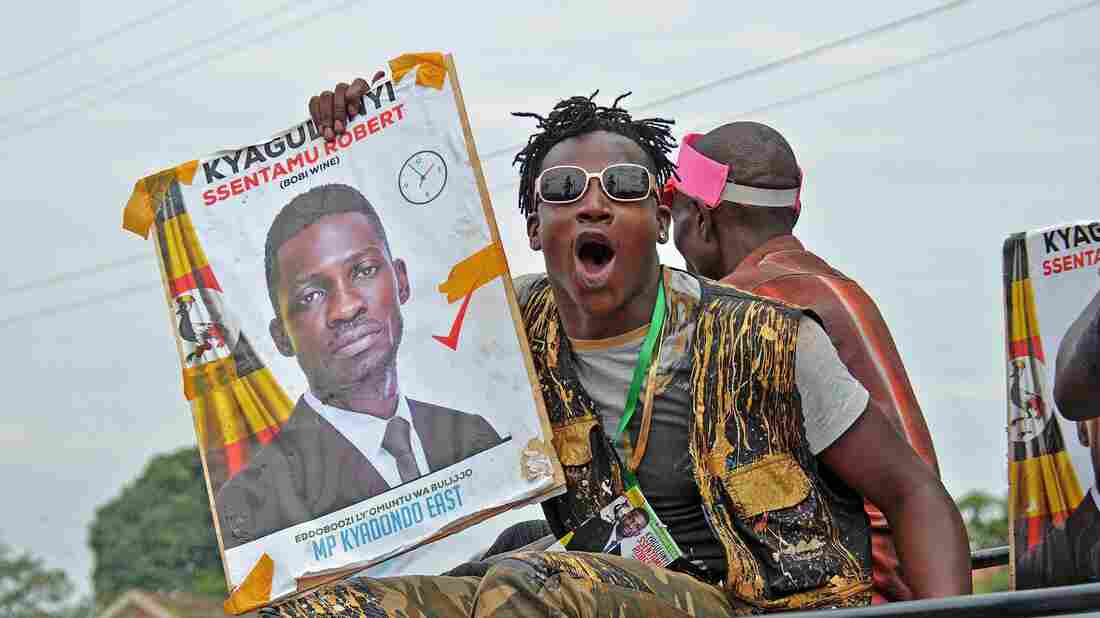 A supporter holds a poster of musician-turned-politician Robert Kyagulanyi, better known as Bobi Wine, in a suburb of Kampala on June 29, 2017. Wine was imprisoned and allegedly tortured following a demonstration against Ugandan President Yoweri Museveni, prompting prominent artists to issue an open letter calling for his release. AFP Contributor/AFP/Getty Images hide caption 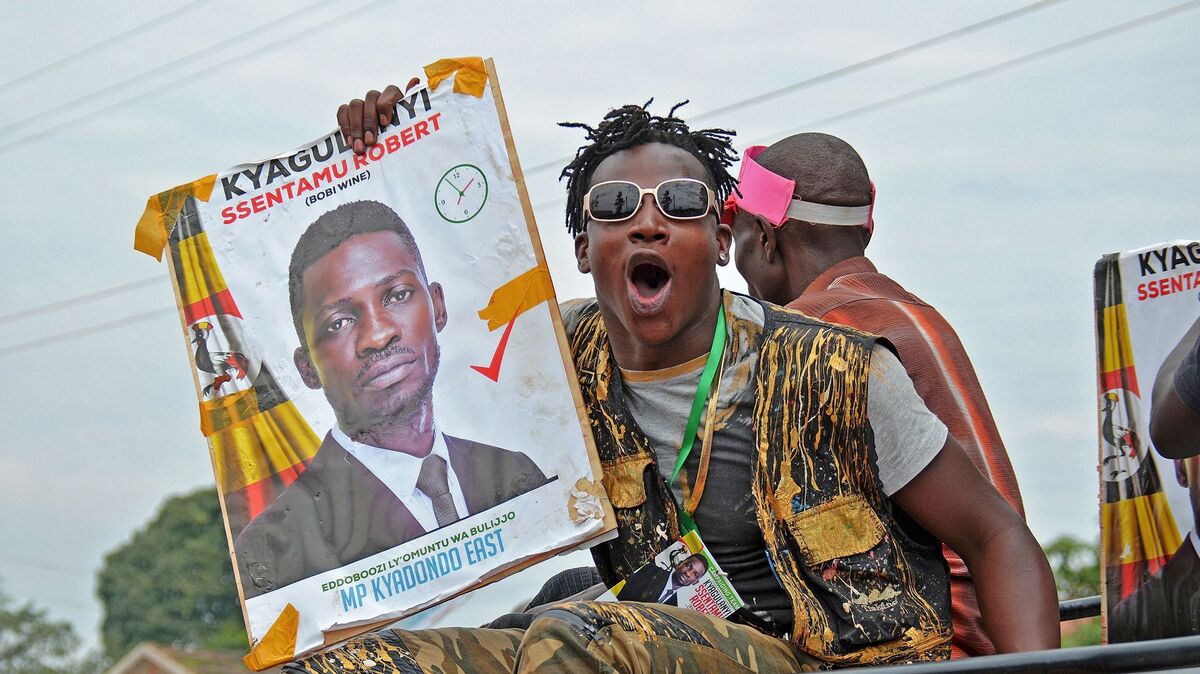 A supporter holds a poster of musician-turned-politician Robert Kyagulanyi, better known as Bobi Wine, in a suburb of Kampala on June 29, 2017. Wine was imprisoned and allegedly tortured following a demonstration against Ugandan President Yoweri Museveni, prompting prominent artists to issue an open letter calling for his release.

Two days ago, on Monday, police in Uganda fired upon protesters who were demonstrating against the detention of Robert Kyagulanyi — a lawmaker better known as the musician Bobi Wine — and others.

On Thursday, Bobi Wine is scheduled to stand trial on charges of illegal possession of firearms, stemming from a demonstration he led against President Yoweri Museveni on Aug. 13.

President Museveni has led the country since 1986 and is known for violent suppression of dissent. Bobi Wine has hit back with music like last year's "Freedom," singing Ugandans are fed up with oppression. His arrest has caused an outcry in the East African nation and around the world.

In a statement issued Monday, President Museveni accused Kyagulanyi and his supporters of violence, saying that "a lot of people would have been killed by this Bobi Wine group" if the government had not intervened. "They had gathered stones, knives and there were reports of even guns."

While in detention, Bobi Wine's wife says, the musician-lawmaker has been tortured and cannot speak or understand what is being said to him, accusations that President Museveni has referred to as "fake news." (Politico has previously reported on those two words being picked up by some leaders around the world after its popularization in the U.S.)

"I was never interested in these things," Bobi Wine told NPR recently. "You know, I was happily a musician. I thought this was not our job. This was a job of those intellectuals out there."

On Tuesday, a group of 88 people — including British politicians such as deputy Labour Party leader Tom Watson, artists like Nigerian playwright and Nobel laureate Wole Soyinka, musicians Femi Kuti, Brian Eno, Peter Gabriel, Chris Martin and many others — issued a letter calling for Bobi Wine to be released and given medical treatment, for an investigation into Bobi Wine's arrest and the death of his driver the day of the demonstration.

"We, the undersigned, strongly condemn the arrest, imprisonment and vicious, life-threatening physical attack by Ugandan government forces on popular Ugandan singer and Member of Parliament, the Honourable Robert Kyagulanyi Ssentamu, a.k.a Bobi Wine," the letter said. "We also condemn the unprovoked killing of his driver, Yasin Kawuma as well as the beating and arrest of three other opposition Members of Parliament.

"We pledge," the letter later continues, "to remain vigilant about his ongoing detention and to use our voices and networks at the local, regional and international levels to raise awareness about his case, to press for his immediate and unconditional release, and for an end to this and other acts of political repression and violence in Uganda."

You can read the letter in full here.