Accessibility links
Opera Singer David Daniels Accused Of Rape The celebrated artist and his husband, Scott Walters, are accused of drugging and raping a young singer in Houston, Texas, in May 2010. 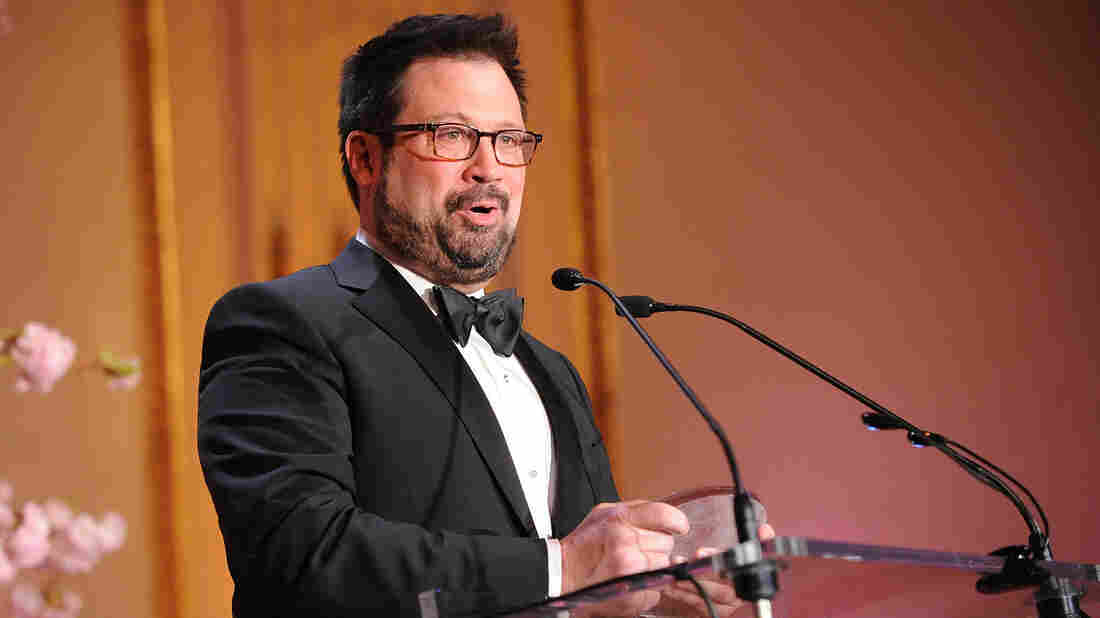 David Daniels, seen here at the Opera News Awards in New York City in 2013, has been accused of drugging and raping a young opera singer. Brad Barket/Getty Images hide caption 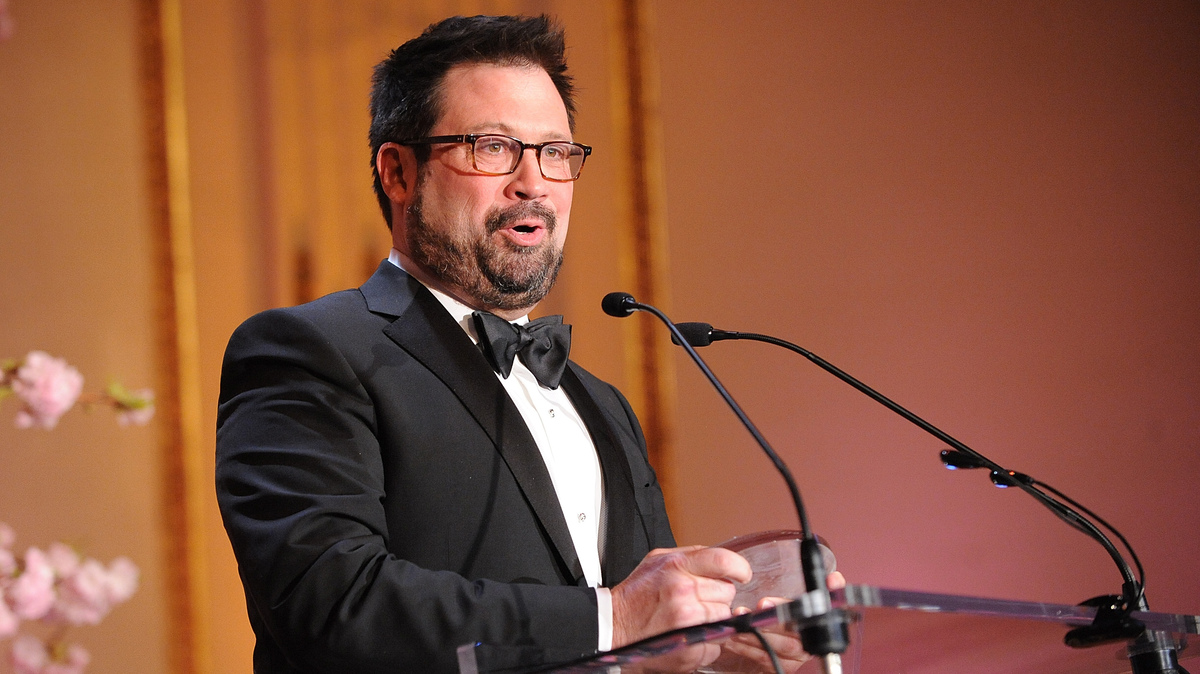 David Daniels, seen here at the Opera News Awards in New York City in 2013, has been accused of drugging and raping a young opera singer.

David Daniels — a much-celebrated artist in classical music — has been accused of drugging and raping Samuel Schultz, a young singer, in 2010. Schultz is also accusing Daniel's then-boyfriend and now-husband, conductor Scott Walters. The accusation was first published on Wednesday in the New York Daily News.

On Oct. 31, Daniels issued a brief statement to NPR, saying: "These allegations are completely false. I categorically deny them." The statement was released shortly after Daniels issued a denial regarding a second sexual assault allegation made by a man named Andrew Lipian, regarding an incident that allegedly took place in Michigan in March 2017.

Daniels, now 52, is a top singer in the world of opera; as a highly specialized countertenor, he has been in very high demand around the globe. In 2002, the New York Times called him "perhaps the best ever" singer of his vocal type; the same year, he gave what was billed as the first-ever solo countertenor recital at New York's famed Carnegie Hall. With more than two dozen recordings to his name, Daniels appears at the world's greatest opera and concert stages, including London's Wigmore Hall, Moscow's Bolshoi Theatre, the Lyric Opera of Chicago, and, very frequently, at New York's Metropolitan Opera — the house that is struggling after a string of sexual misconduct allegations were made public against its music director of 40 years, James Levine.

In a 2013 profile, Daniels was praised on NPR's Morning Edition in advance of the world premiere of an opera, Theodore Morrison's Oscar, that was written expressly for Daniels and which was premiered at the Santa Fe Opera. He is currently a professor at the University of Michigan; he joined the faculty in 2015. After Schultz' allegations were made public, the university announced late Wednesday afternoon that Daniels is taking a leave of absence.

Daniels and Walters were married by Supreme Court Justice Ruth Bader Ginsburg in Washington, D.C. in 2014.

Representatives for David Daniels and Scott Walters did not respond to NPR's initial requests for comment. However, both men previously denied the allegations to the Daily News.

In May 2010, Schultz was a 23-year-old graduate student at Rice University in Houston, Texas. He says that it was then that he met Daniels and Walters at a closing-night party for a production of Handel's opera Xerxes at the Houston Grand Opera, in which Daniels was singing a lead role.

Schultz says that he met the couple via a mutual friend, and that, as an emerging young baritone singer, he wanted to network with the very well-known Daniels.

Schultz says that at the party, the couple invited him back to the apartment where they were staying, and admonished him to keep the invitation quiet to avoid stirring up any jealousy among others who were not invited. He says that at the apartment, Daniels and Walters offered him a drink — and that after a few sips, Schultz blacked out.

Schultz alleges that he woke up the following afternoon alone and naked in a bed in that apartment, sore and bleeding from his rectum. He says that he realized that Daniels and Walters had left the apartment, and that he was paralyzed by fear. When the men returned, Schultz says, Daniels allegedly said to him: "Don't worry about the BB thing, I'm totally negative," using a slang expression to say that he hadn't used a condom.

Schultz says that he called a health center after the alleged incident, but that he was ashamed to admit why he needed the appointment. As a result, the appointment was booked for three weeks later, meaning that all evidence of the alleged rape was gone.

The Daily News reported that it spoke to multiple people who provided corroboration that Schultz had recounted the incident to them, including a friend and a therapist. This July, Schultz published an essay about his allegations on Facebook, but did not name the men he was accusing, referring to them instead as "a celebrated opera singer and his boyfriend."

Speaking to NPR on Wednesday, Schultz said that he decided to come forward publicly despite harboring a great deal of fear, and after having agonized for months about potential backlash. "I was a graduate student at the time, not yet professional," Schultz notes. "The question for me — one of many — was who could I tell in the industry who would care. My fear was that it would be much easier to shut me out and silence me to protect illusions. Within the industry, I think there are a lot of people who are fearful that if they come forward, they will not be believed."

Schultz has sung with the Washington National Opera, Houston Grand Opera, Santa Fe Opera, at Switzerland's Lucerne Festival, and on a Grammy-winning recording of Alban Berg's opera Wozzeck. But along with creating deep trauma for him, Schultz says, the alleged rape significantly impacted the course of his burgeoning career, as he sought to avoid Daniels and Walters in professional arenas.

"It affected which young artist programs I applied to, it affected which competitions I would enter," Schultz says. "It affected so many parts of my initial steps in this industry, because I never wanted to see or interact with these people again. But I refuse to stop — if I stop singing, they hold all the power. They raped me; they will not take away my voice."

Schultz says that he recognizes that there are other factors that prevent alleged victims from coming forward as well.

"One of the reasons I think it's so difficult," Schultz continues, "is that we don't have the strength to believe that our worth is high enough to say, 'I will not be silent anymore.' And one of the difficulties for me has been understanding that rape happens to women and to men. It should not happen to anyone, but there is such discomfort in talking about it, which is understandable. And we fail to educate men and women about the realities and resources available."

The Houston police department confirmed to NPR that a sexual assault investigation is ongoing, but by law could not disclose the identities of either the accused or the accuser. Schultz declined to comment to NPR about the possibility of pursuing a separate, civil court claim against Daniels and Walters.

The University of Michigan sent a statement to NPR, saying: "We are aware of the allegations and are reviewing the situation. Every report we receive, in whatever form, is taken seriously and is carefully reviewed for appropriate action. We believe that no one should ever be subjected to discriminatory harassment or sexual misconduct. We are deeply committed to the creation and support of a safe and productive learning environment for all our students, faculty and staff."

The managing director of the Houston Grand Opera [HGO], Perryn Leech, sent a statement to NPR, saying: "We are deeply concerned to learn this news. It is very much in opposition to the professional environment we strive to provide. We will cooperate with any law enforcement inquiries and launch our own investigation once we know the full range of the allegations."

The HGO then sent a separate statement to NPR, adding that the company had "recently" been contacted by the University of Michigan police department, and that it had fully cooperated in that investigation. It is unclear if that contact with Michigan police came before or after the Daily News report was published, and the HGO declined to respond to NPR's questions about that timeline.