Accessibility links
Once Held Captive By ISIS, Nadia Murad Is Now Engaged She escaped from forced sexual slavery and became a voice for captive women and girls. Now a United Nations goodwill ambassador, Murad has announced that she is marrying a human rights activist. 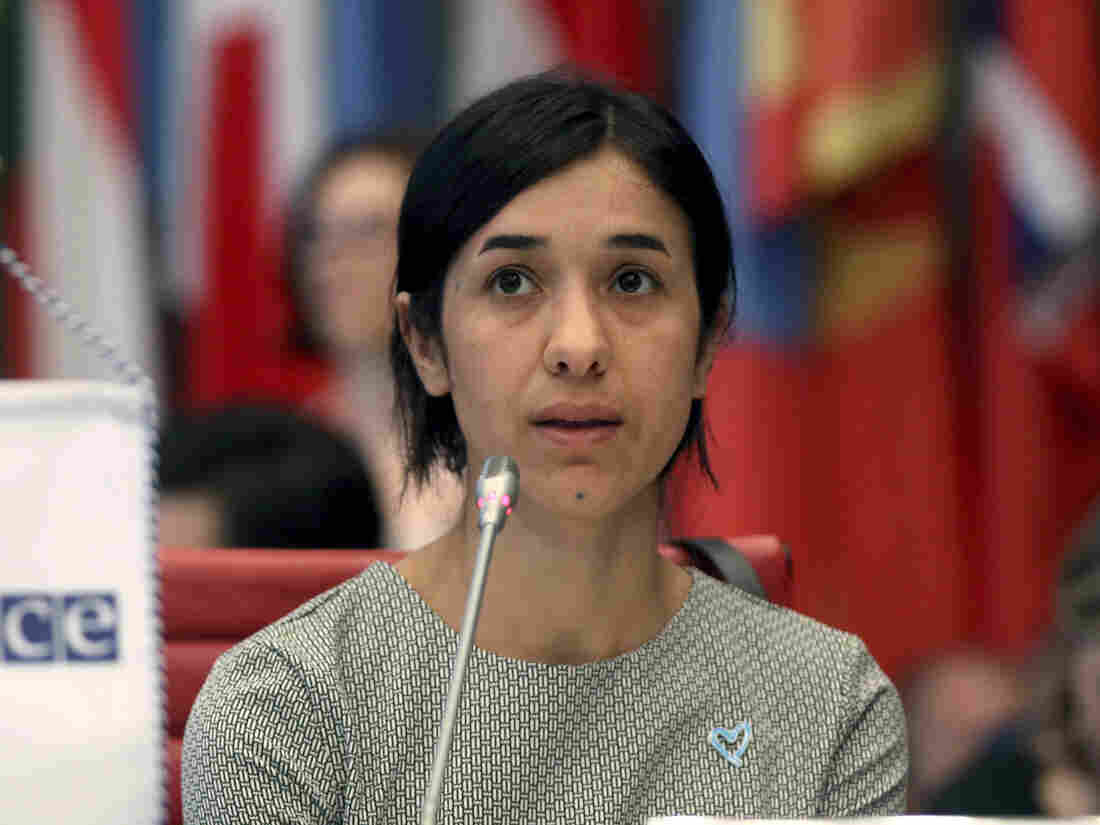 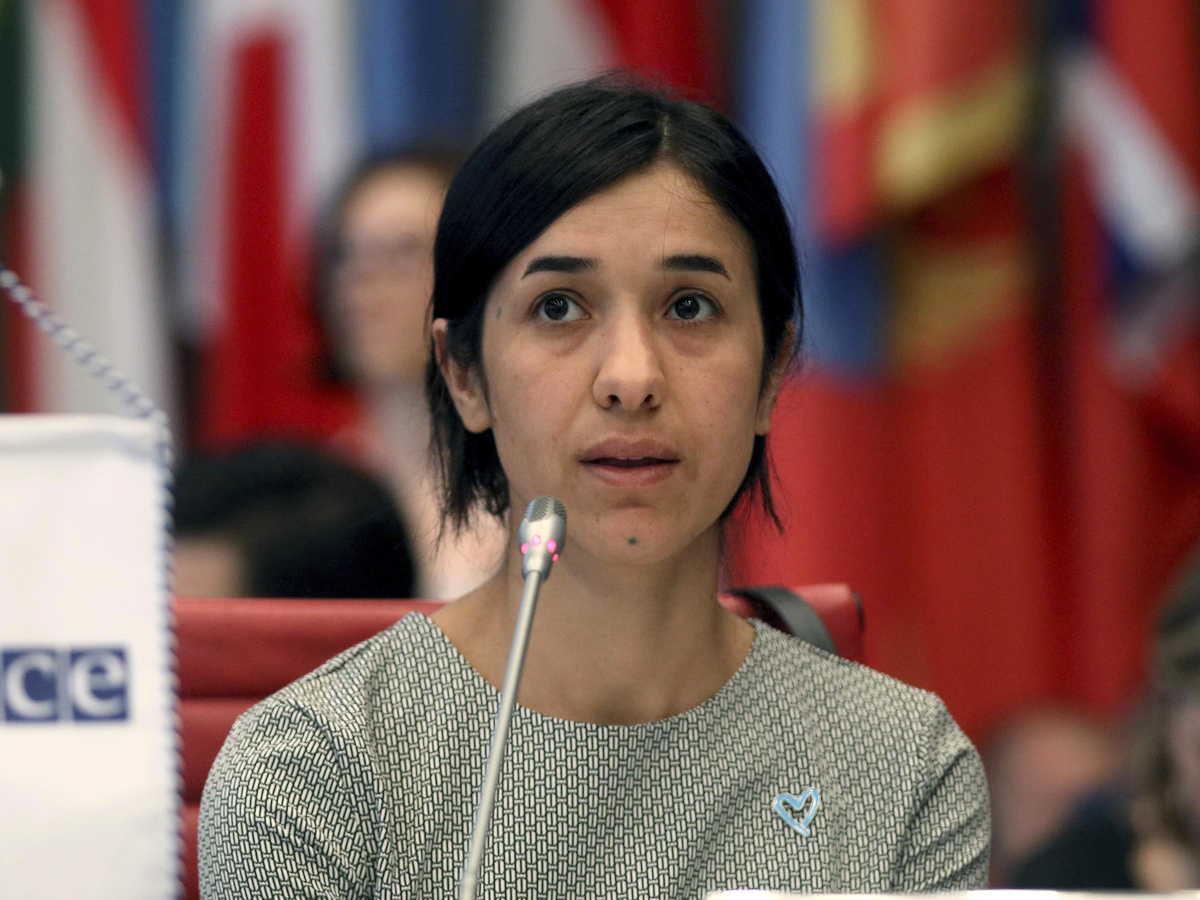 Most of the world knows her as a survivor of ISIS brutality, but Nadia Murad, who has tried to loosen shackles of the past, recently announced her plans to be married. Her engagement comes at a time when members of her Yazidi community, an ancient religious minority, face an uncertain future in northern Iraq.

In August 2014, Murad was one of thousands of Yazidis who were captured by ISIS and forced into sexual slavery. Three months later, she escaped through the door that one of her captors left unlocked.

Murad shared her painful story with international media outlets over and over so that the world would learn about what happened to Yazidis, becoming a voice for captive women and girls in the process.

Today, 25, Murad is a goodwill ambassador at the United Nations who advocates for survivors of human trafficking.

Her fiancé, Abid Shamdeen, 30, is a former interpreter for the U.S. Army and a human rights activist. "Despite all the difficulties that we were going through, he was always there. He was supportive," Murad tells NPR.

They grew up on different sides of Mount Sinjar, an enclave for Yazidis — she from the south and he from the north. But they met in 2016, a few months after Murad spoke at the U.N. about ISIS atrocities.

Murad's announcement of their engagement on Sunday elicited warm wishes in the community, as Yazidis look forward from tents in displacement camps, unfinished buildings and homes in Iraq, Germany and the United States.

Yazda family would like to extend their congratulations to UNODC Goodwill Ambassador @NadiaMuradBasee and @AbidShamdeen on the occasion of their engagement today, wishing them a happy and safe life and a better future for them and all the survivors of the genocide. pic.twitter.com/Yp1INf8PpB

Yazidi women and girls who escape ISIS or are rescued face an array of new problems, Pari Ibrahim, founder and executive director of the Free Yezidi Foundation, tells NPR. "A lot of the women have difficulty trying to build a new future. They don't have a boyfriend or get engaged; they are living in the past. It's not easy for them to switch back to the here and now and to live daily life."

It is believed that some 3,000 Yazidi women and girls remain enslaved, four years after ISIS swept into Sinjar in northern Iraq. "We've also heard [from psychologists] that women aren't coming back because they've had children from ISIS and they're afraid to come back," Ibrahim says.

Naomi Kikoler, deputy director of the Genocide Prevention Center at the U.S. Holocaust Museum, tells NPR about the lack of access to consistent mental and physical support. "For women still living in northern Iraq, in displacement camps, in some cases it's quite difficult for them to receive regular physical and mental health services."

Others are grappling with having been forced to convert to Islam, the uncertainty about the fates of their loved ones and whether they will see their captors brought to justice, Kikoler says.

Still, in the aftermath of the atrocities forced on captives, a cultural shift may be occurring, she says. "As a result of ISIS, you have essentially this forced generational change where there is going to be an increased empowerment of women. They've had to be very self-reliant."

Shamdeen wants his engagement to Murad to encourage fellow Yazidis to welcome survivors back into their tight-knit community. "I'm hoping the step we took will be an example for others to marry survivors."

A date has not yet been set for the wedding. Surviving family members will be invited, and if the houses that ISIS destroyed are rebuilt and stability returns to Sinjar, Shamdeen says, maybe they will get married back home.

Murad says their engagement shows Yazidi survivors that "it's possible to live their lives again and to not believe the propaganda of ISIS — that they will not be accepted back into the community."

She adds, "The hope of ISIS was to break the Yazidi community. But for survivors especially, going back to their lives and getting married and making a life and working, it's basically making sure ISIS did not succeed."